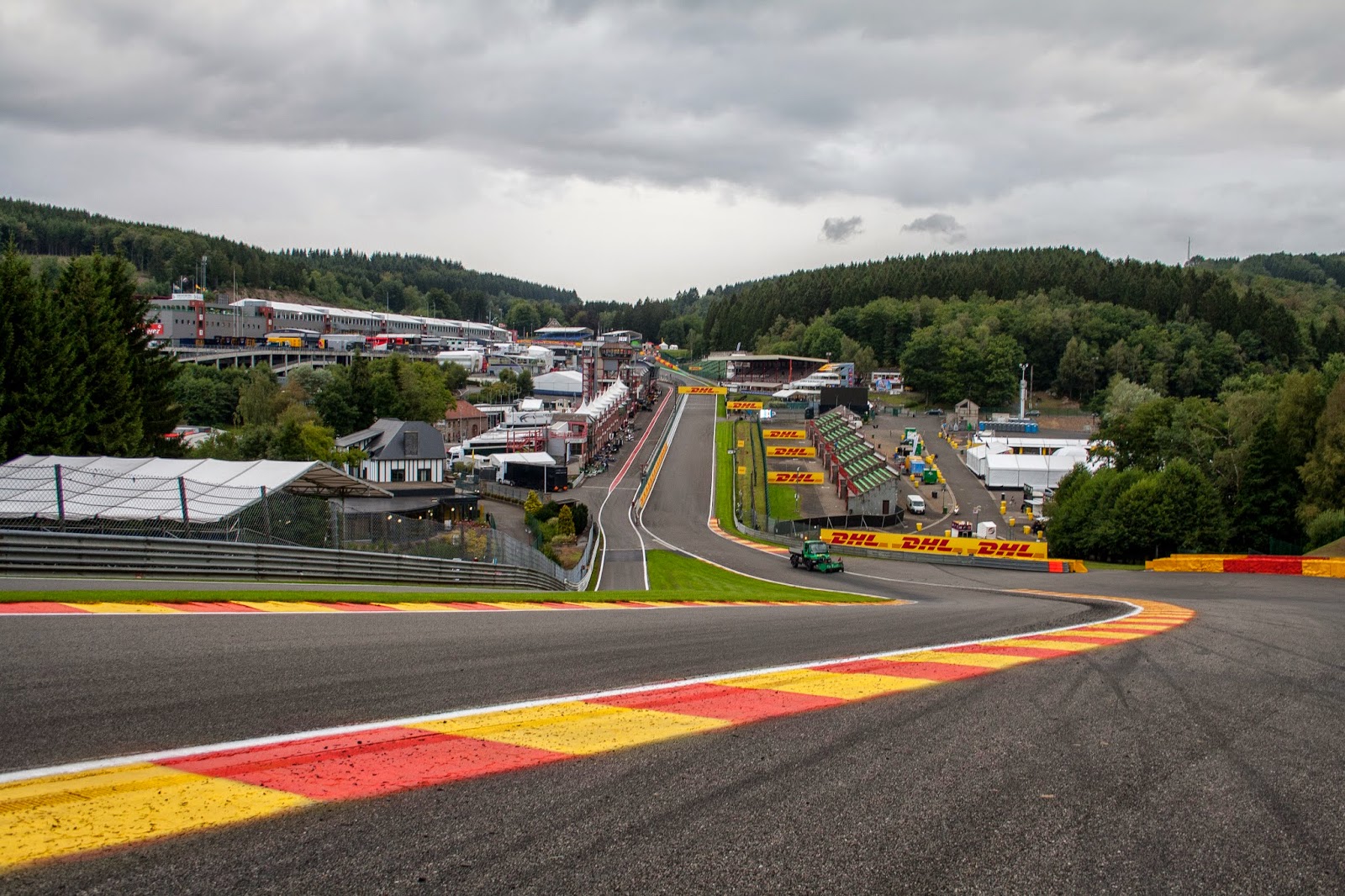 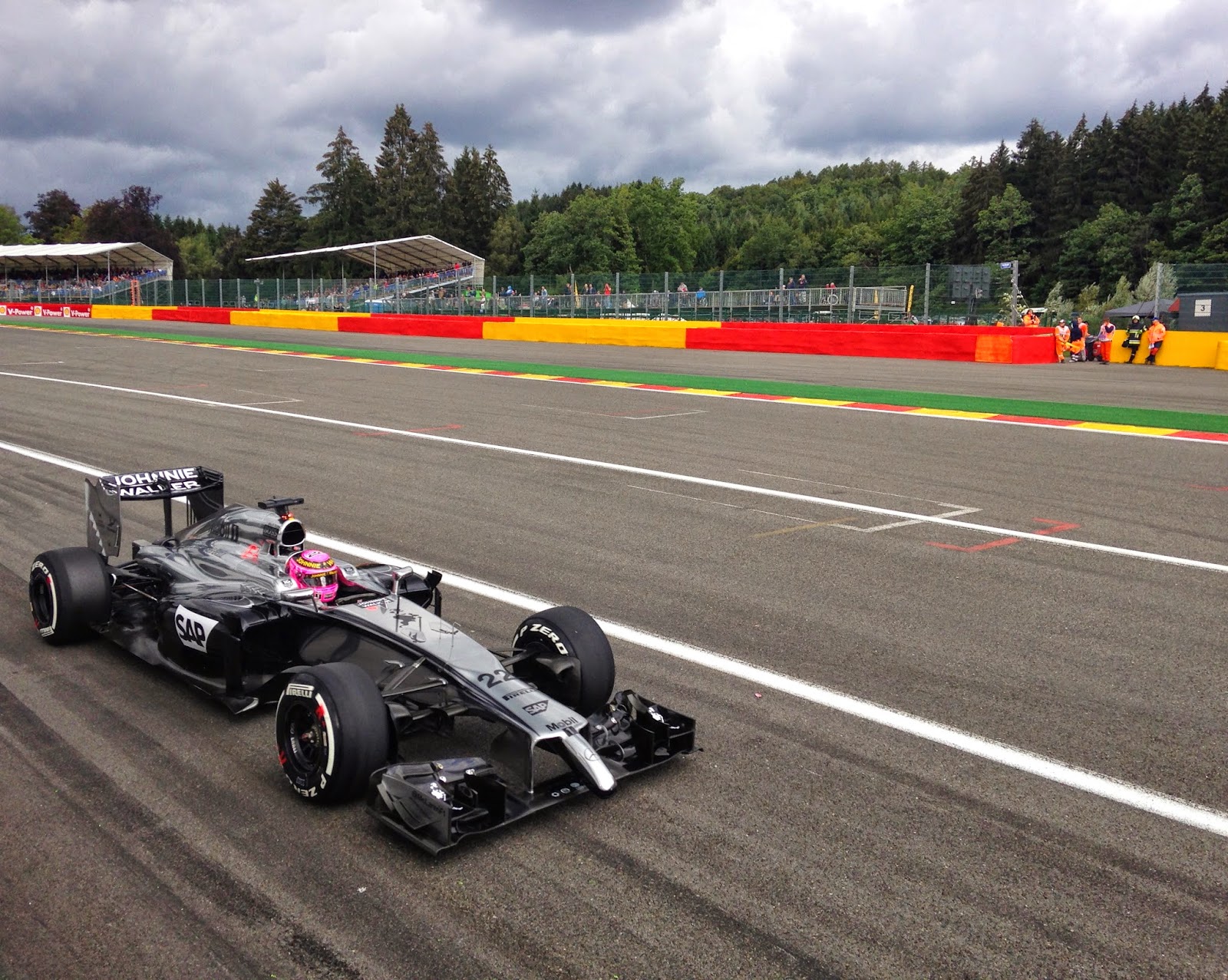 I spent last weekend in the beautiful Ardennes forest at the Belgian Grand Prix. Spa-Francorchamps is a circuit I’ve wanted to go to for years and last weekend my wish came true.

We drove (I say ‘we’, I didn’t drive, my friend did) and it took us about eight hours because we got caught up in huge tail backs coming out of Brussels. We finally got to our hotel in Aachen, Germany, just before nine. 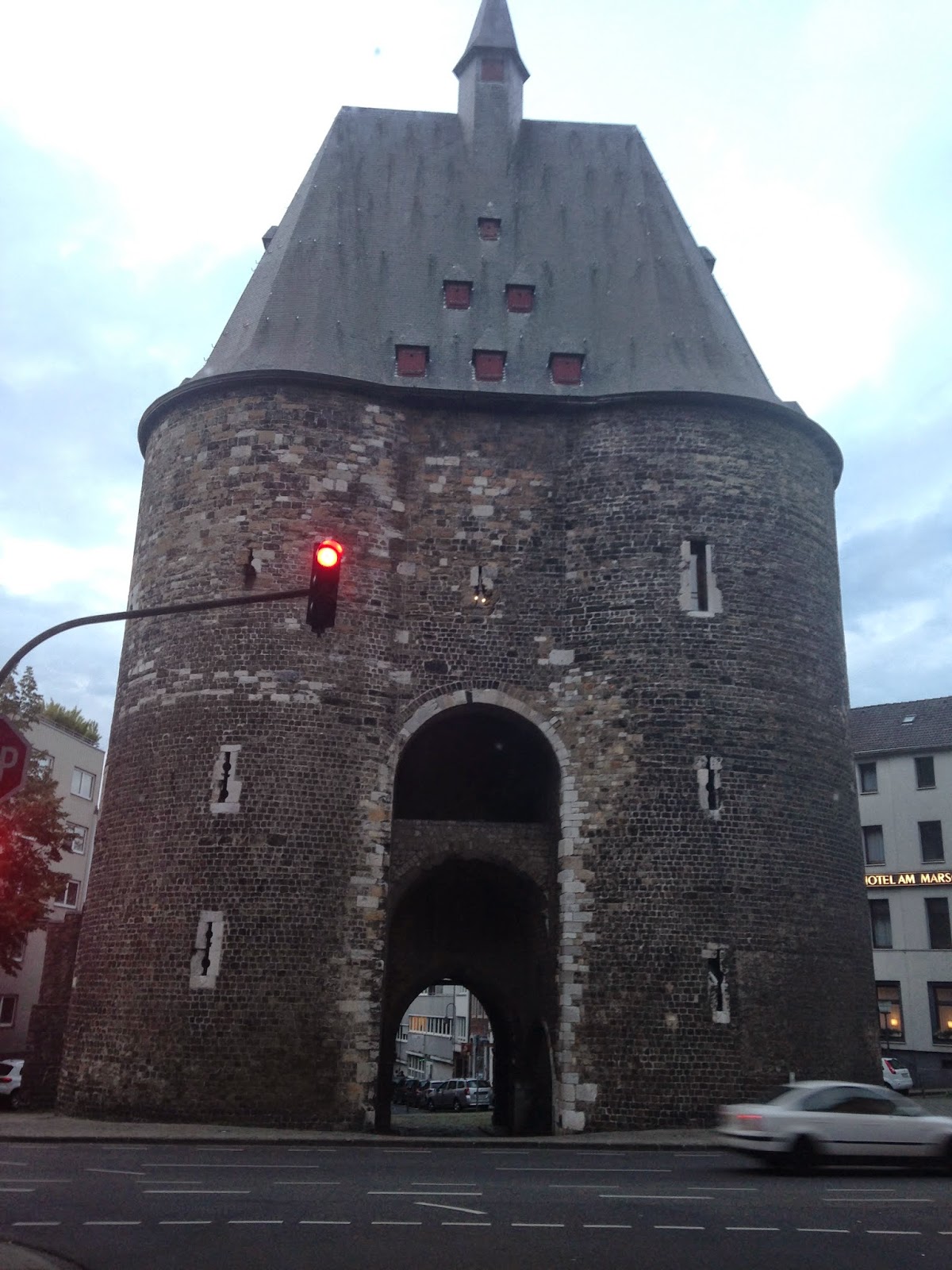 A minute before we arrived at the hotel we turned a corner and stopped at traffic lights and in front of us was a huge old city gate. I’m pretty sure that officially makes it the coolest set of traffic lights ever. I can’t believe I just typed that. We all had intentions of going to explore it and Aachen but we unfortunately didn’t have time. Oh well, I’ll have to go back again. 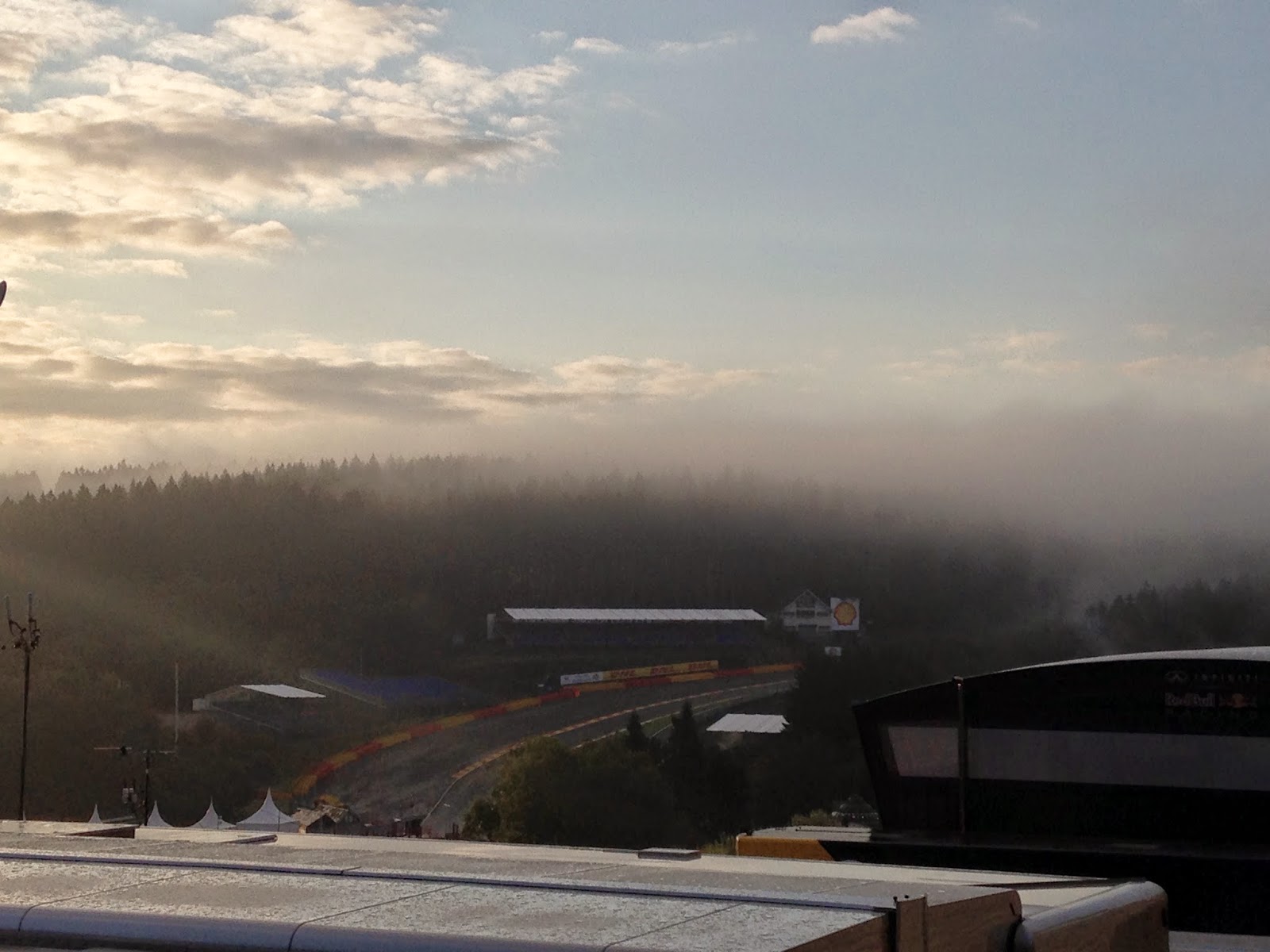 On Thursday morning it was finally time to drive to the track. As we came off the motorway and descended into the Ardennes a thick fog surrounded us. When we arrived on the car park we could hardly see a thing but out of the fog I could just about make out some of the red and yellow curbing.

Thursday, as it always is on a Formula One weekend, was busy. Lots of transcribing, typing and shouting at the wifi connection which kept dropping out. 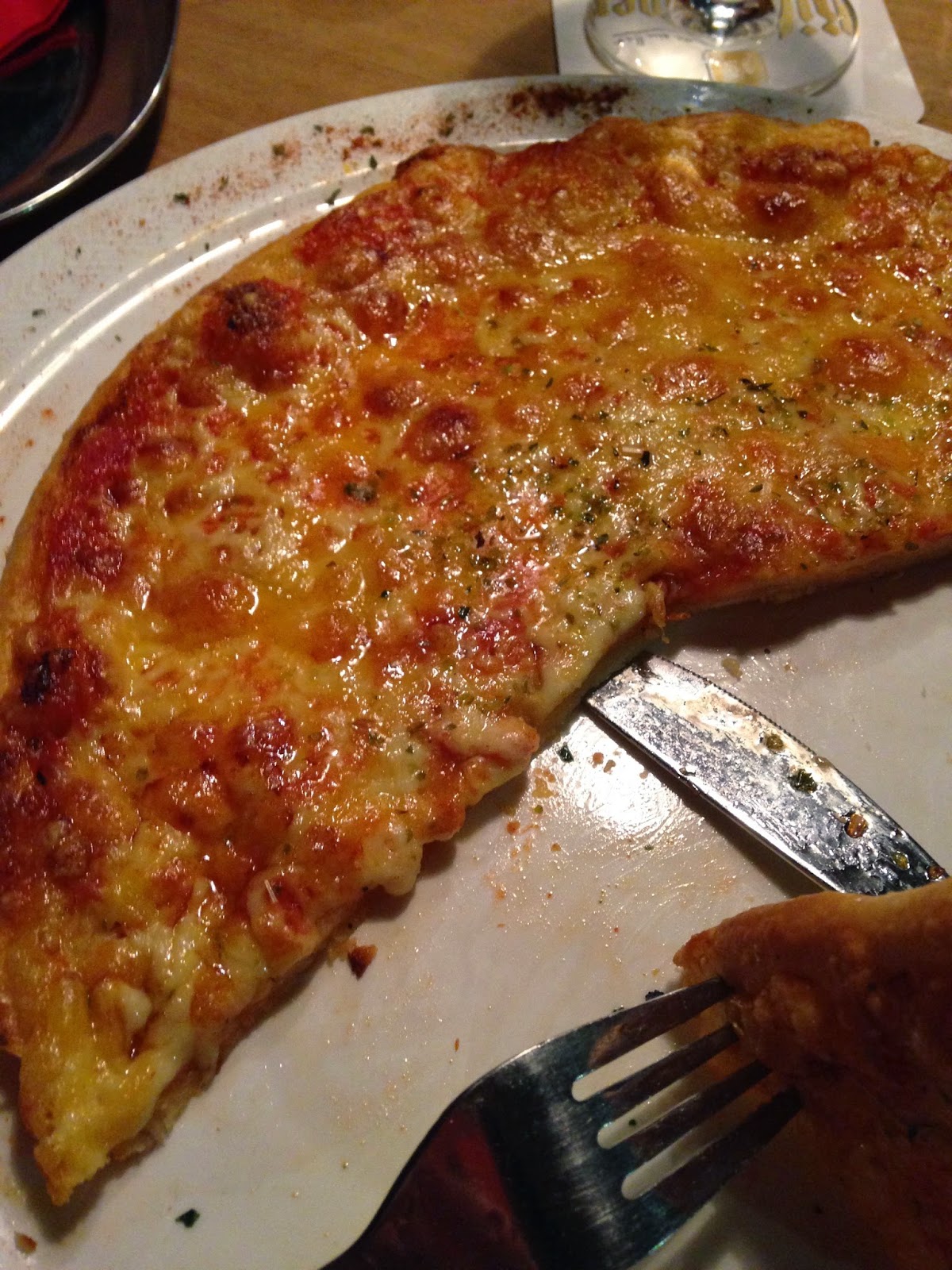 That evening we stumbled across the best pizza known to man. If you read ‘I found the world’s best pizza, in Germany’, then you’ll know what I’m on about.

If you don’t, I implore you to go to Aachen to Im Alten Zollhaus and order a pizza. It was phenomenally good.

Friday was much the same as Saturday, except I didn’t have to shout at the internet because a friend kindly turned his laptop into a hotspot for me.

After we’d finished our work and all the on-track action was over we did a track walk. Typically, it started raining about four minutes into an hour and 20 minute walk. 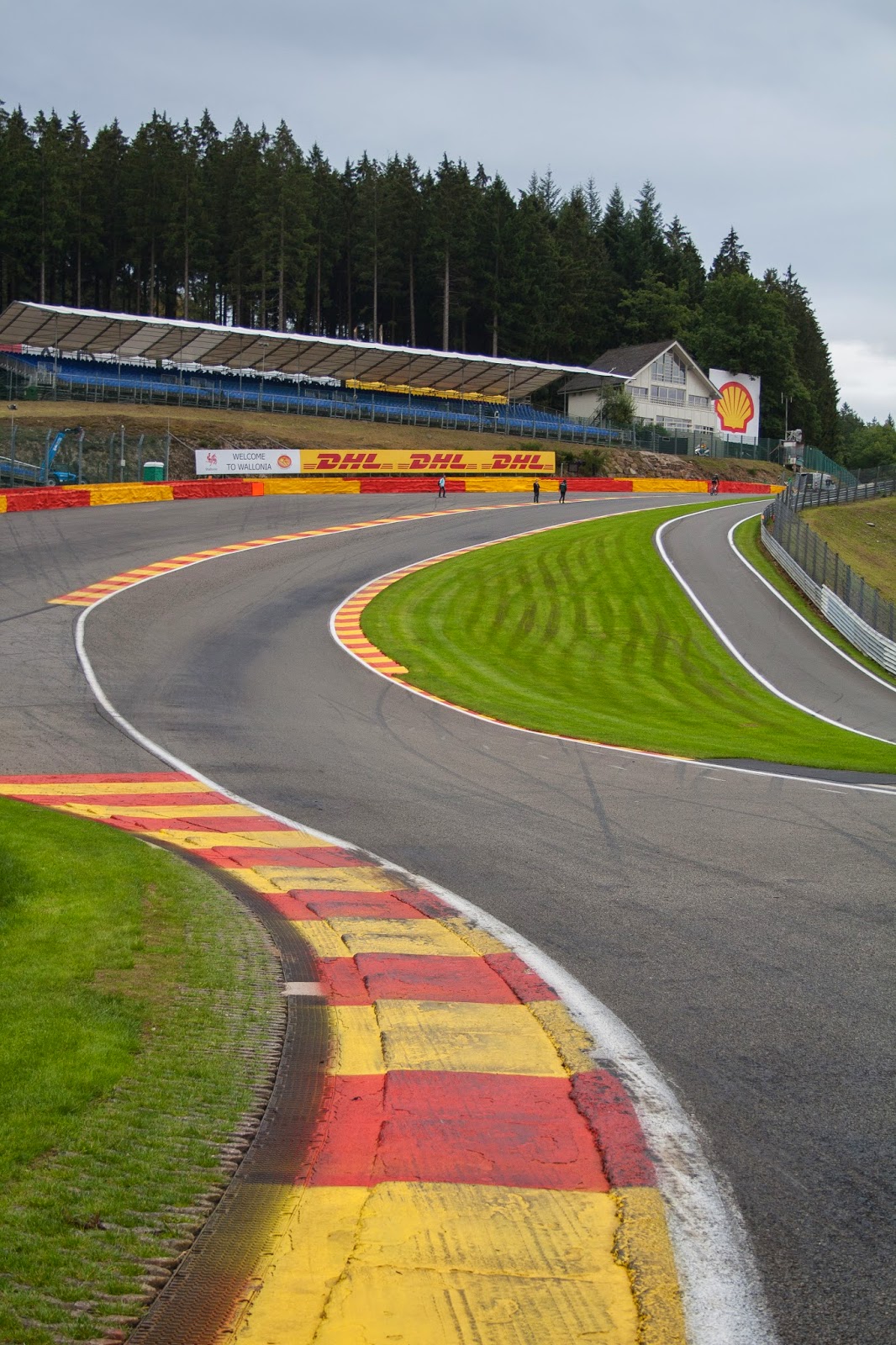 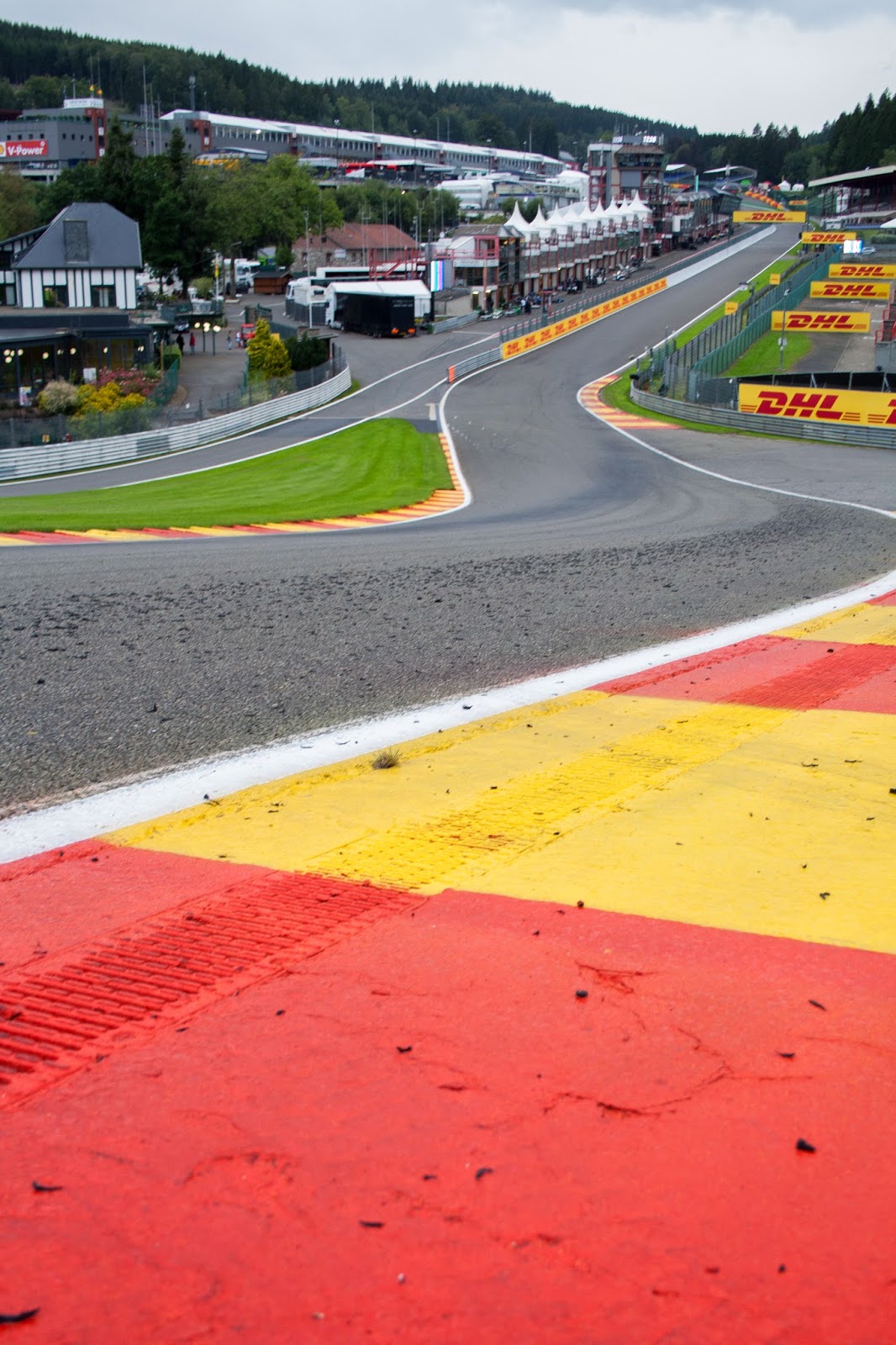 I can’t really put into words how beautiful this track is. A racetrack, in a stunning dense forest. It’s just perfect.

When you watch a car go through that piece of track, flat out may I add, it’s a bit like watching a plane take off. You know that it’s scientifically possible but it doesn’t seem like it should be. 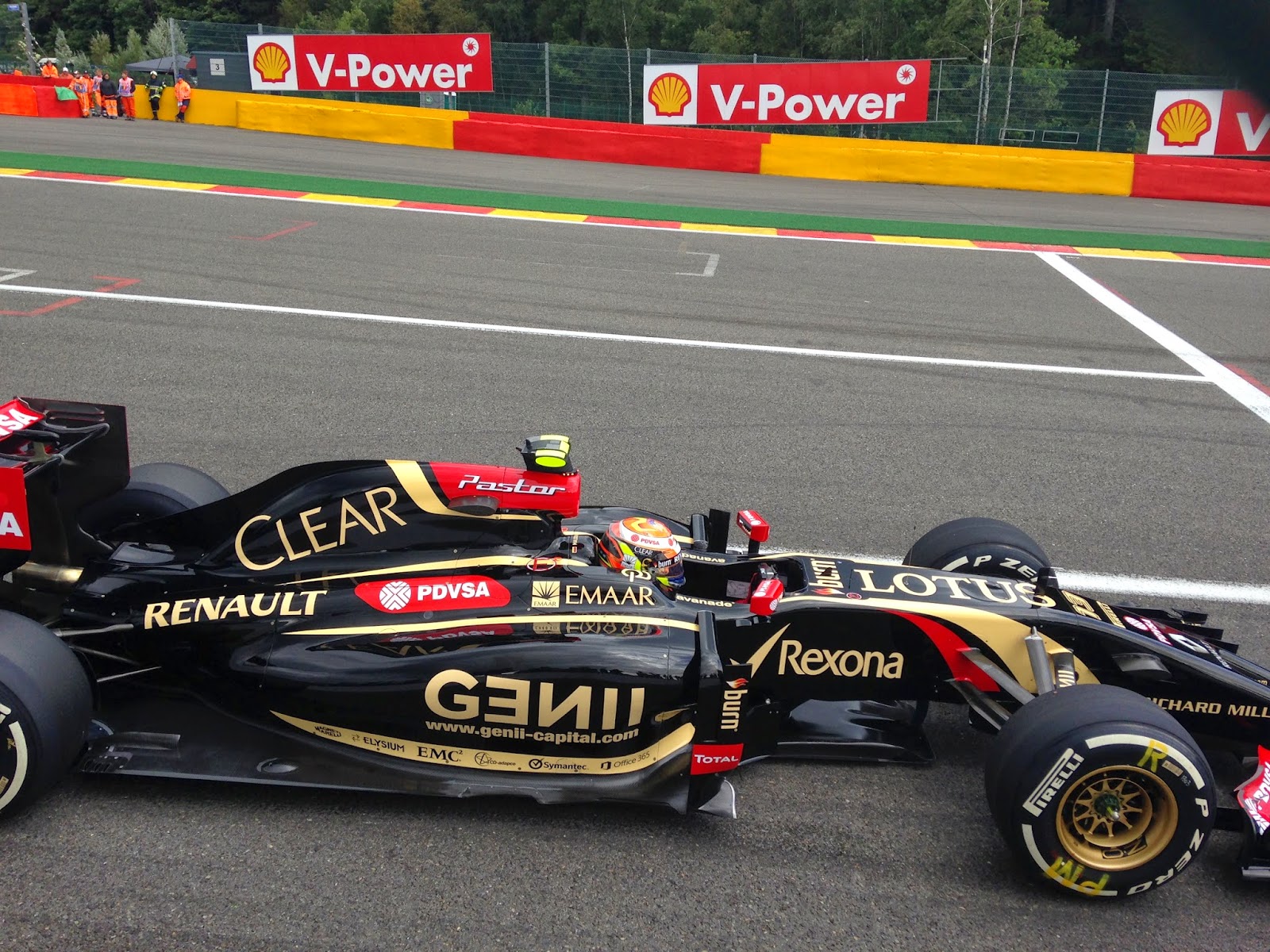 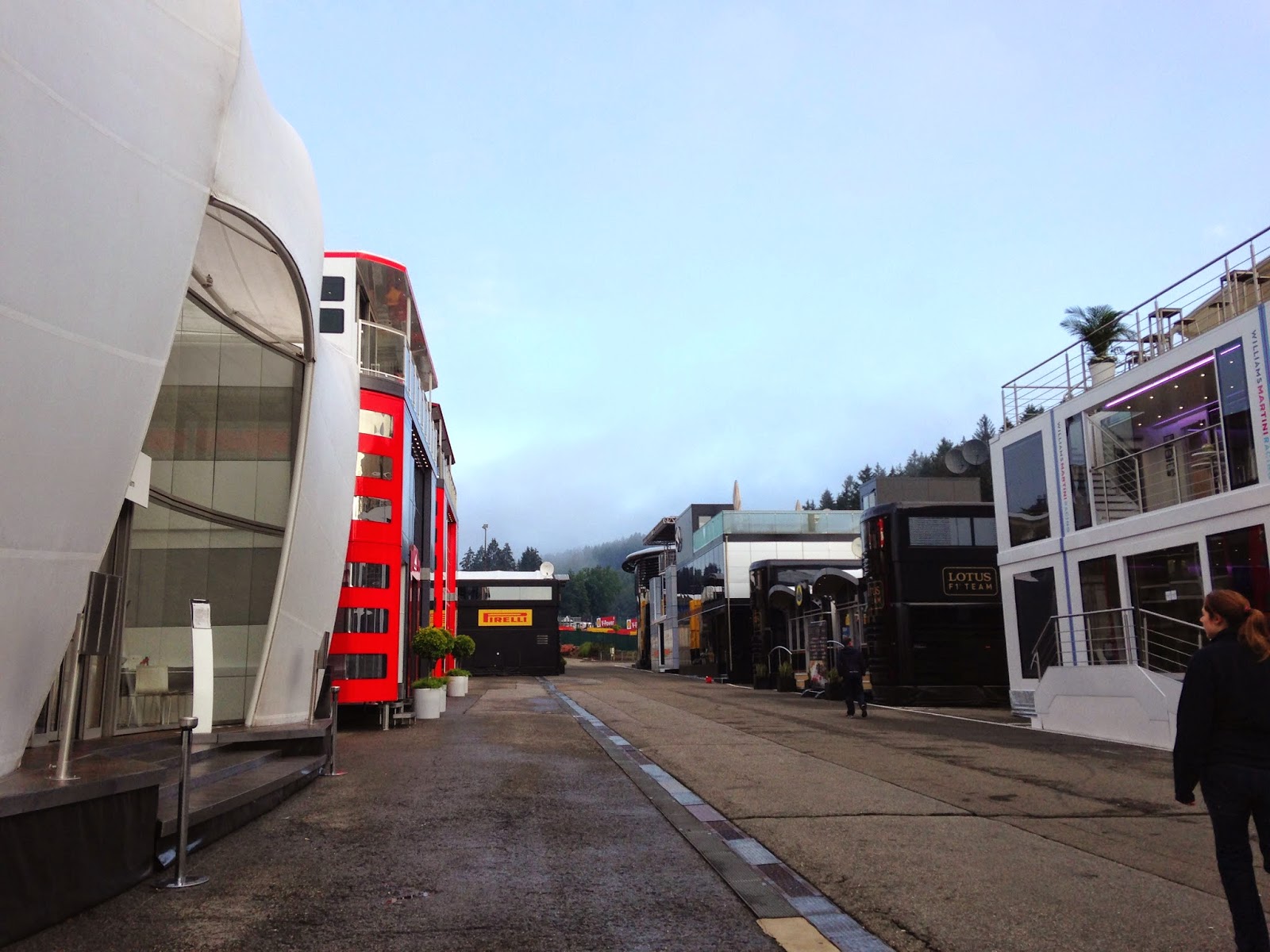 Saturday and Sunday were a complete blur and it was 4am Monday morning before I knew it. On the drive back I think I proved that English bank holidays automatically come with a side of awful weather.

On the drive through Germany, Belgium and France there was no rain. As soon as we got off the channel tunnel, rain. It rained the entire day on Monday.

Over the weekend I fell in love with Spa-Francorchamps, it’s a beautiful track with so much history. If any of my lovely readers are F1 fans, I cannot recommend going to this race enough.