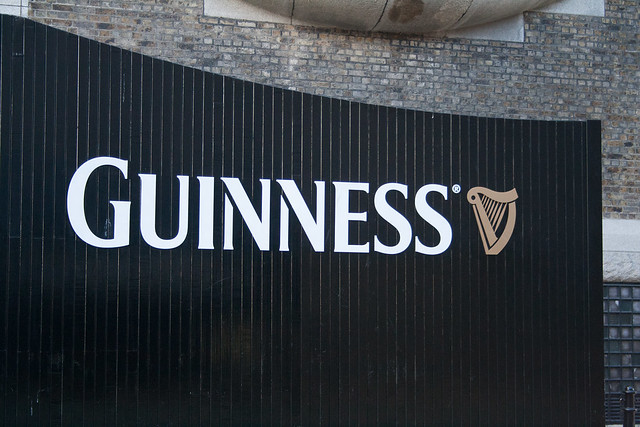 While going through my external hard drive the other day, I realised I’d not typed up a few adventures from my trip to Ireland last October, so let’s pick up with our trip to the Guinness Storehouse.

I’m not a big drinker at all but I do like Guinness and it’s probably Tom’s favourite alcoholic tipple, so the Guinness Storehouse was a must when we went to Ireland.

I can’t help but wonder whether or not it will see it to the end of it’s 9,000 year lease because that’s a hell of a long time. 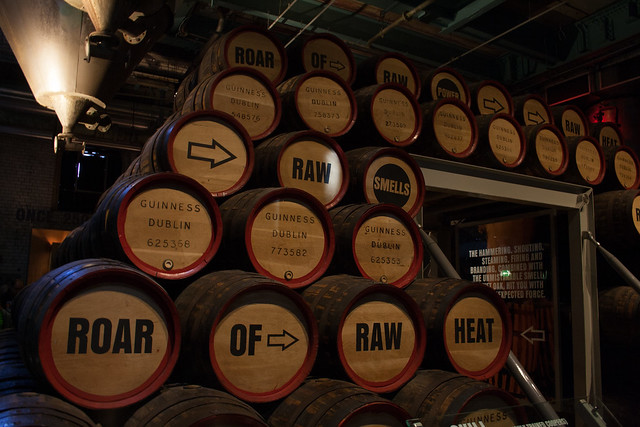 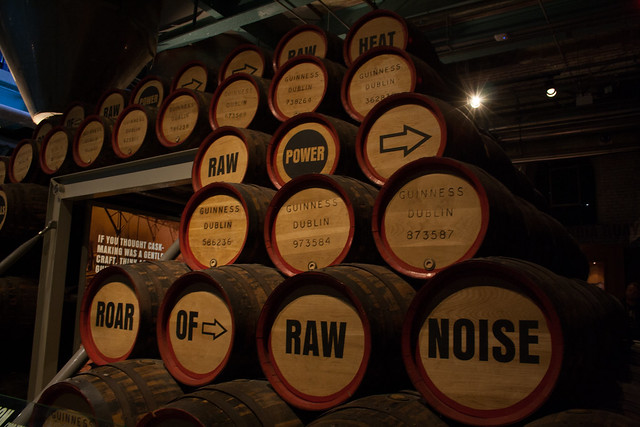 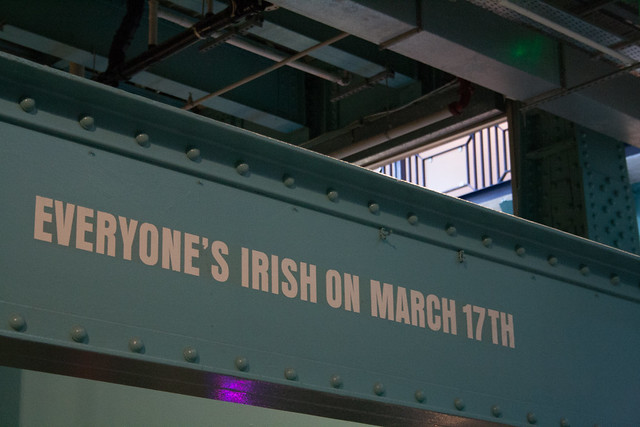 The tour was pretty interesting, though I will say it’s not the best brewery tour I’ve been on. It is the second best though.

When I worked in a bar a few years ago, we went to the Banks’ brewery and you actually got to walk around the brewery itself and see the beer being brewed but to be fair to Guinness that would probably be hugely impractical for them. 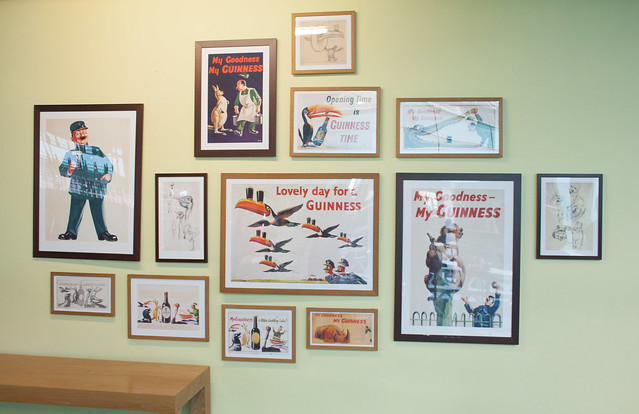 As well as reading about how it’s made, you got to see the old adverts and advertising posters. The one I found most interesting was a campaign run in the 1920s which said ‘Guinness is good for you’, because market research told them that people felt better after a pint of the black stuff.

Can you imagine seeing an advertising campaign today which said an alcoholic drink was good for you? It kind of reminds me of my Grandad who once told my Dad that smoking was good for you because it makes you cough and that clears his lungs…let’s just ignore the reason that you need to clear your lungs is because of smoking shall we? 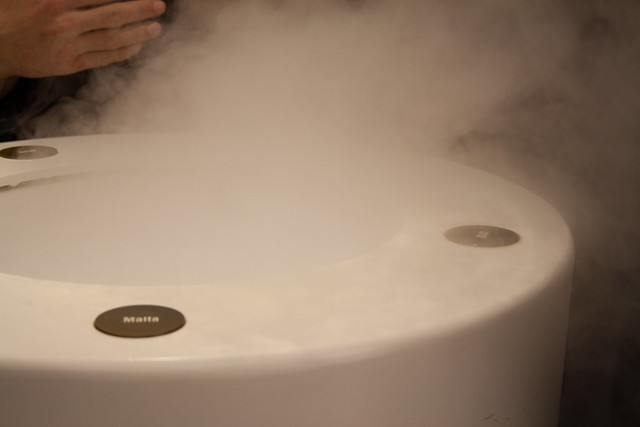 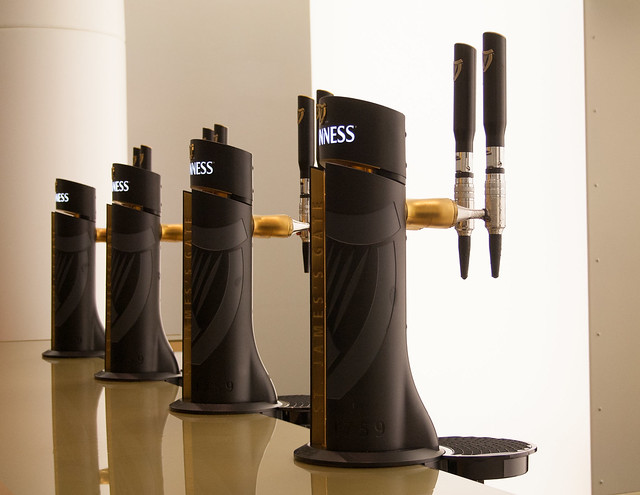 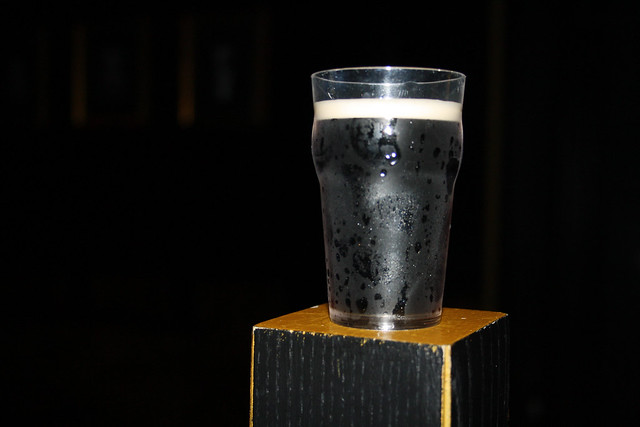 One of the best parts of the tour for me was the Guinness tasting class. We were given adorable little Guinness glasses and the taster told us about how you would taste different things in different parts of your mouth. Somehow I managed to do that wrong because she told us we would be able to taste sweetness at the front of our mouths and I didn’t get that.

The final, and my favourite, part of the tour was The Gravity Bar.

Here you’re entitled to your free pint of Guinness and you get to drink it while taking in panoramic views of Dublin and out across the beautiful Wicklow mountains. 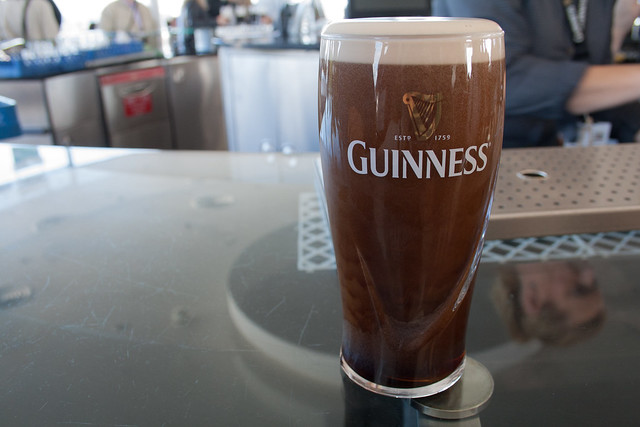 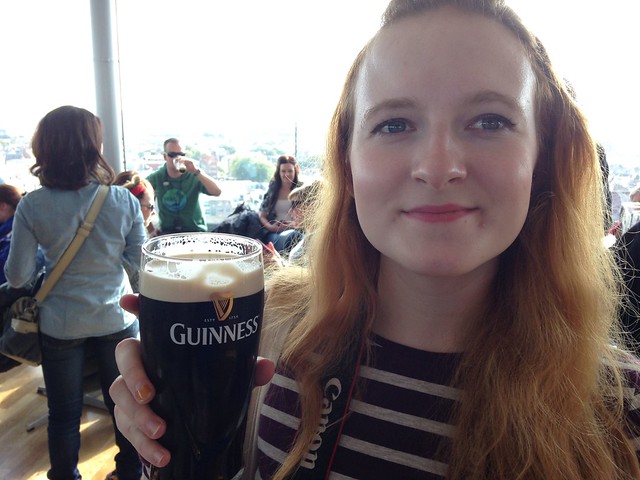 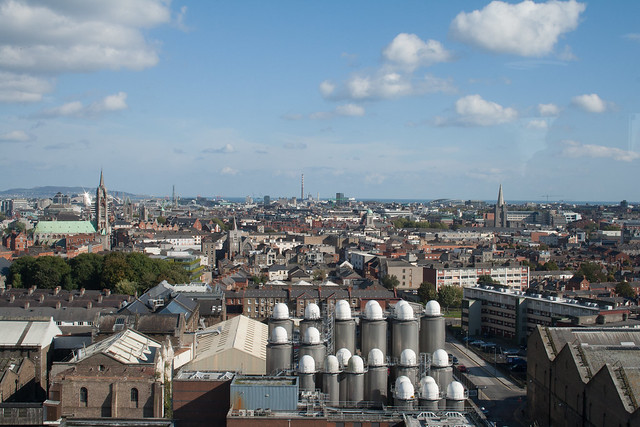 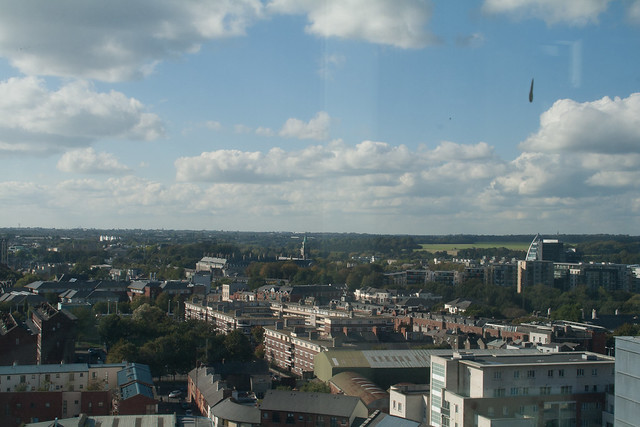 Unfortunately it was incredibly busy up there, even in the middle of the week, and the place seems far too small considering this is where people will really take their time and won’t be in a hurry to move on, so we couldn’t find anywhere to sit.

That being said, the views more than made up for it and it was only when we were up there, that we realised how far we had walked because we spotted the Aviva Stadium, which we’d visited in the morning, and it looked so far away.

I’ll try to post about our tour around the Aviva Stadium next week. It seems very apt with the Six Nations going on at the moment.

I can also confirm that it’s true that Guinness tastes better in Ireland.