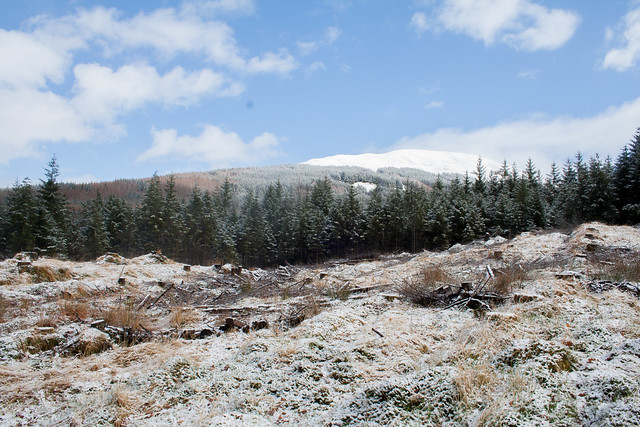 Hello loyal subjects, I’m back from Scotland and I’m going to start waffling about it right now!

I decided the best way for me to post about it is in chronological order, so today’s post is about Sunday morning.

Something I learned quickly in Scotland is that the weather is incredibly changeable. On Sunday morning we had; sun, rain, hail and snow. 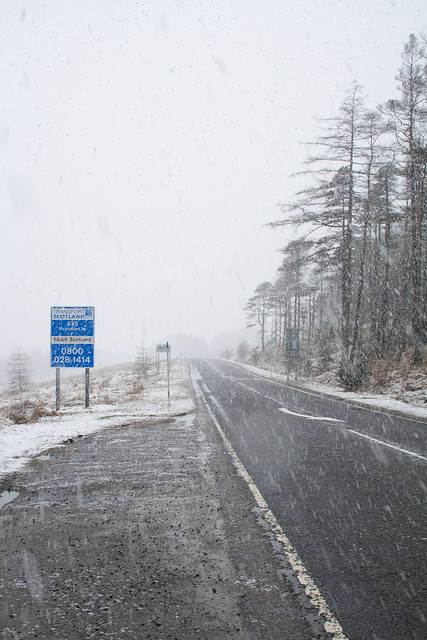 We planned to go to Loch Lomond but less than 10 miles into the journey it began snowing heavily, so we changed our mind and headed towards Oban in the hope the snow would clear. Thankfully it did, as driving on snowy roads in my new car was a little scary.

The snow suddenly cleared. One minute it was snowing heavily and the sky was white, the next it was beautiful and blue, with fluffy white clouds.

We pulled into the first car park we saw because the scenery was stunning. The first stop we came across was Strone Hill, which had a little trail that led to a waterfall. Having never seen a waterfall in person before, I was all over this. 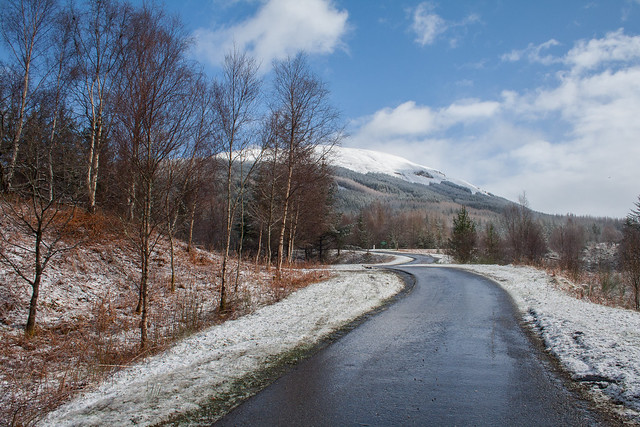 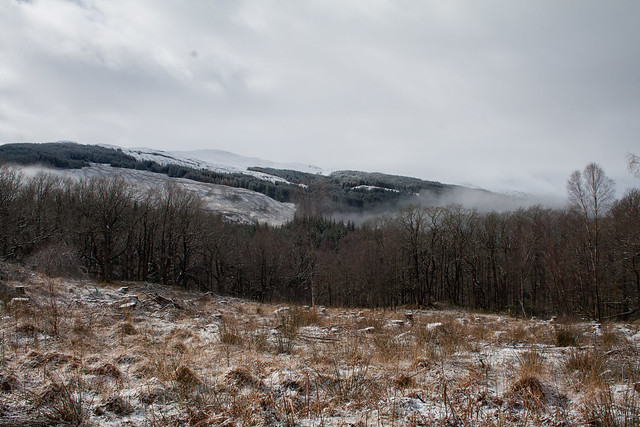 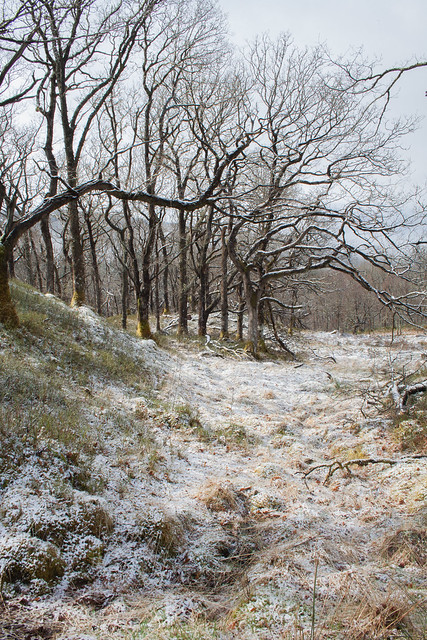 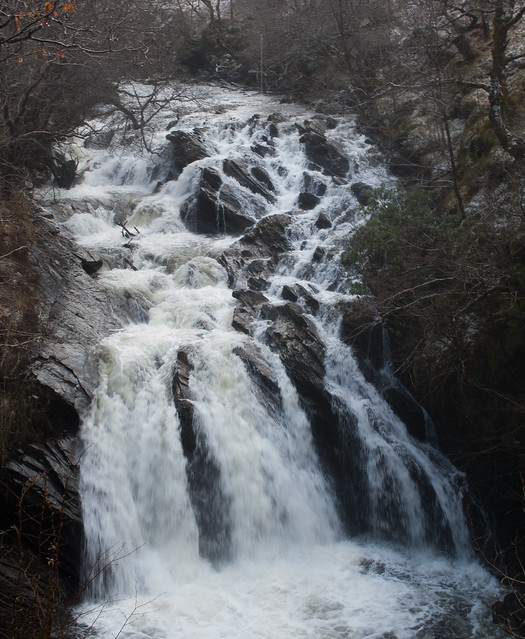 After marvelling at the waterfall, we headed back to the car and decided to carry on towards Oban for lunch. 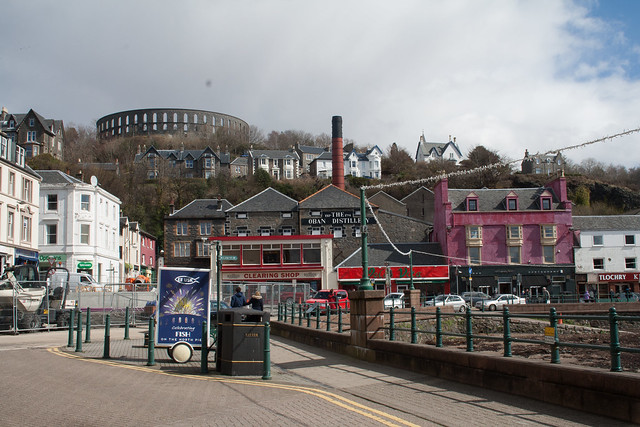 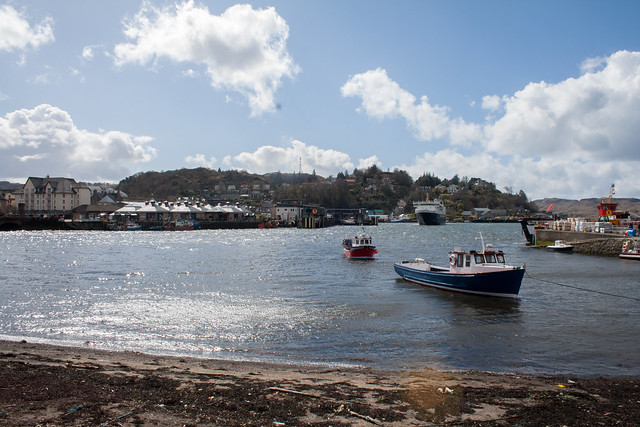 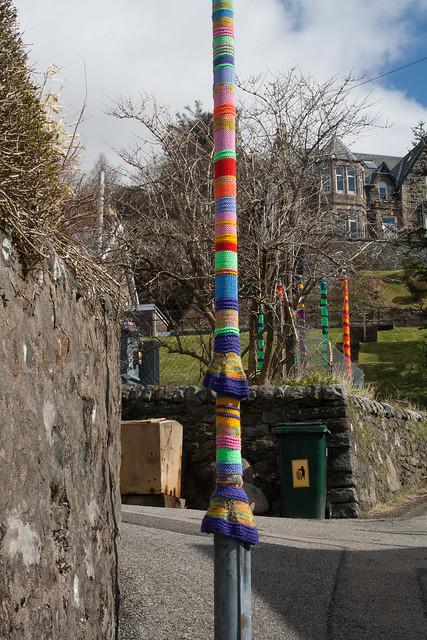 We headed up to ‘the colosseum’ and discovered it was called McCaig’s Tower and it provided us with stunning views of Oban, Mull, and Kerrera. 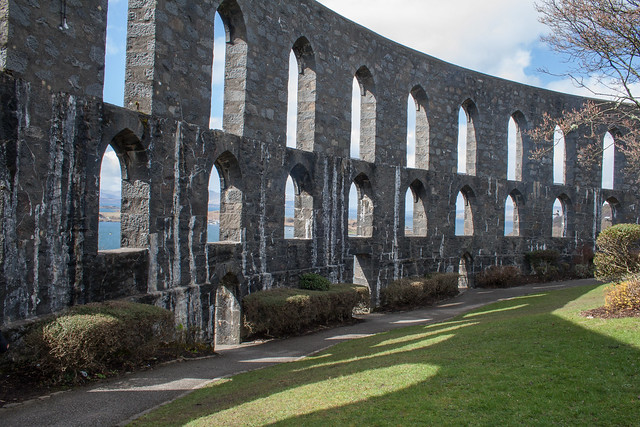 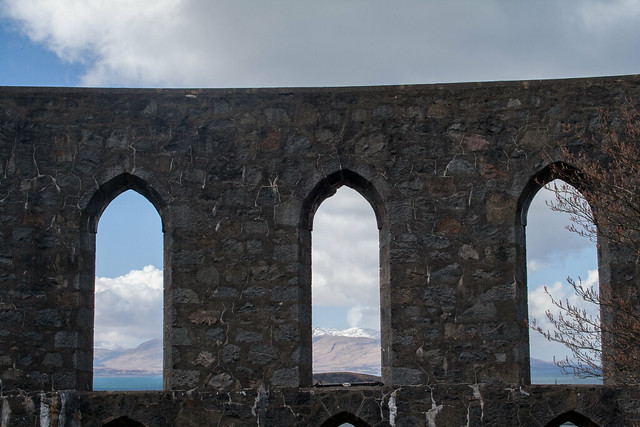 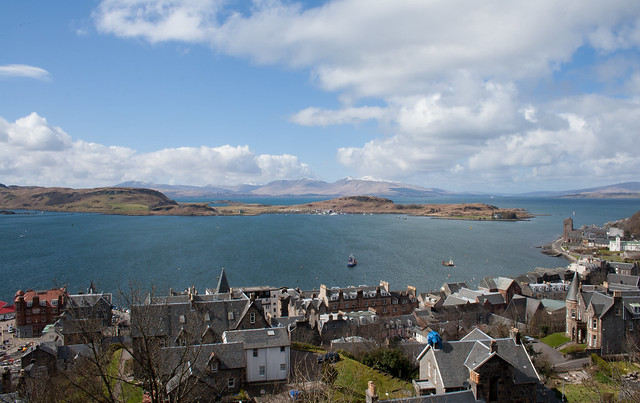 I’m missing Scotland already, I wish I could go back. Keep an eye out for more posts about my trip to Scotland over the next few weeks; I’ll probably be posting about it once a week.

Where have you been recently?