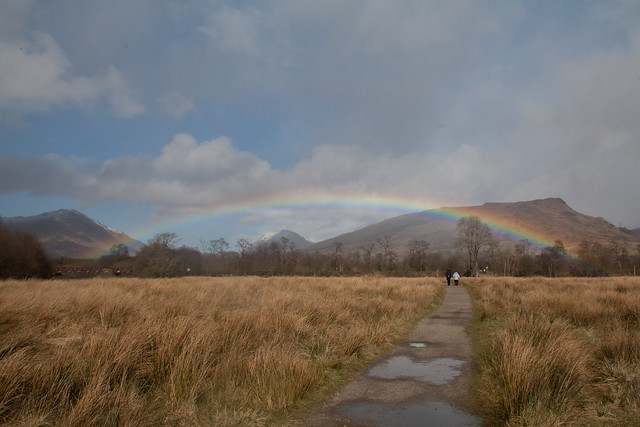 Have you ever seen both ends of a rainbow? Neither had I until I went to Scotland.

In my post about Strone Hill & Oban, I mentioned how quickly the weather had been changing in the morning. In the afternoon we headed to Kilchurn Castle, and the weather still had no plans to do calm or settled.

When Tom and I went to Scotland over Christmas, we visited Lochawe and took photos of Kilchurn Castle but we couldn’t figure out how to get to it. We would have missed it again this time if we hadn’t spotted a couple of cars parked in a clearing from the road. I’m not sure why there wasn’t a big sign saying ‘glorious ol’ castle this way’.

The sky was blue when we first got out of the car and started walking towards the castle, but we could see a dark, ominous looking cloud rolling in. 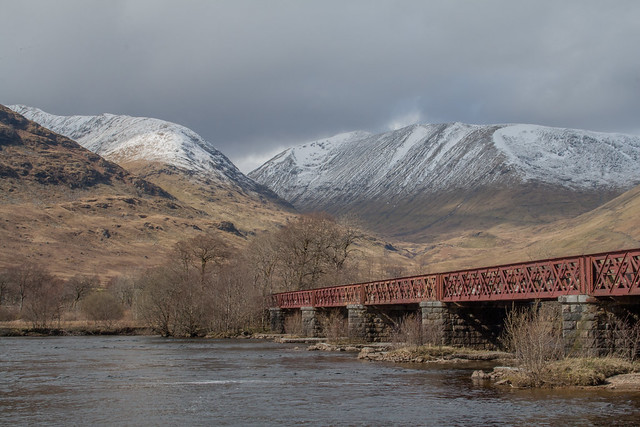 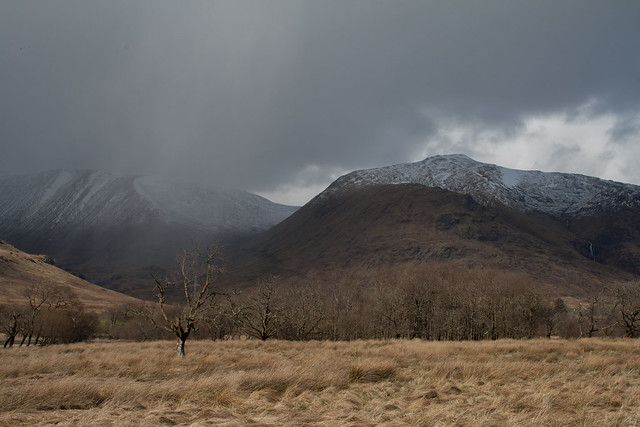 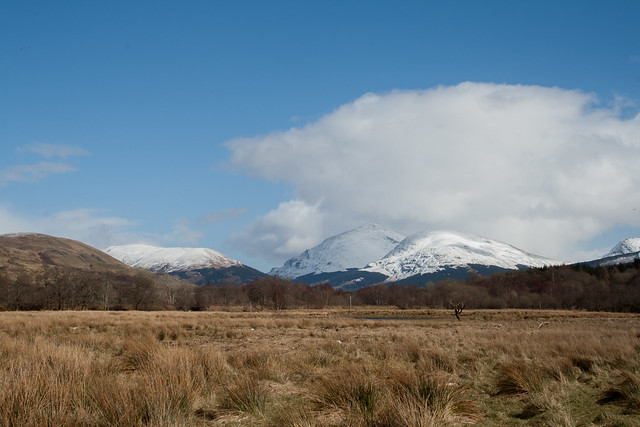 See what I mean? The two photos above were taken seconds apart. I think all I did was turn from one side to the other; beautiful blue sky on my left, and dark clouds on my right.

With the cloud moving in, we hotfooted it to the castle. 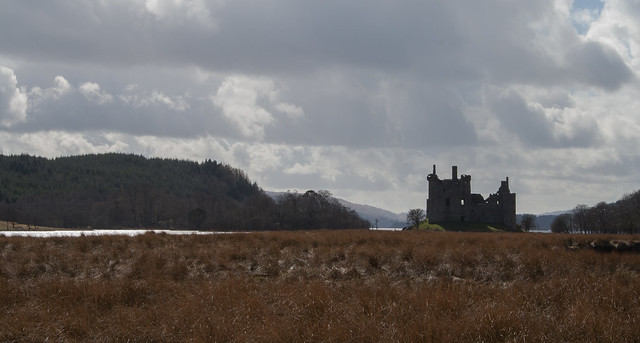 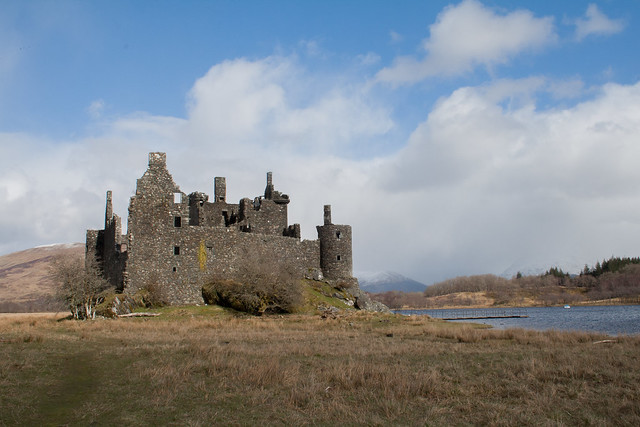 What I liked most about Kilchurn Castle is that they allow you to wander it freely. What I really mean by that is that it isn’t ruined by health and safety, which surprised me since there were no staff or anything like that at the castle to make sure no one does anything stupid. I like that though. 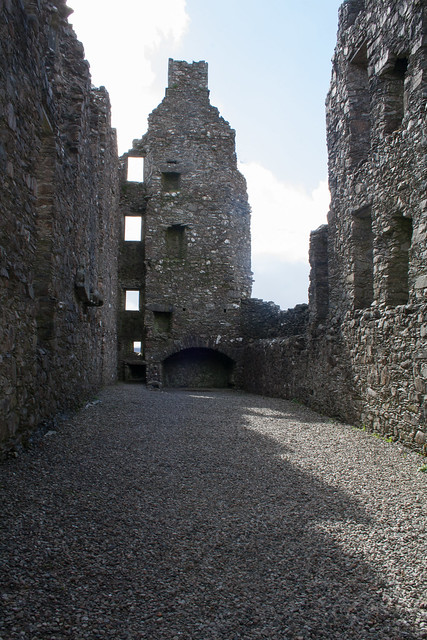 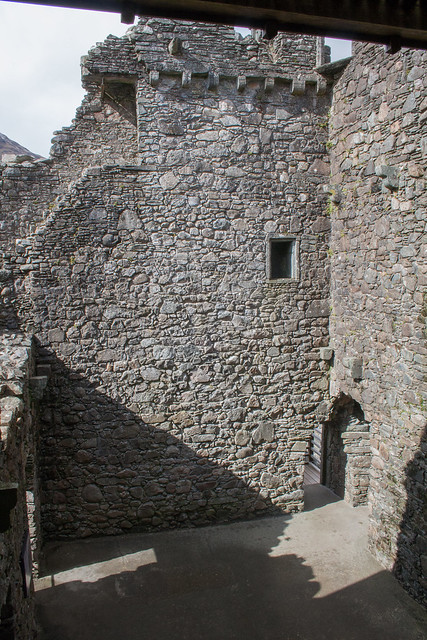 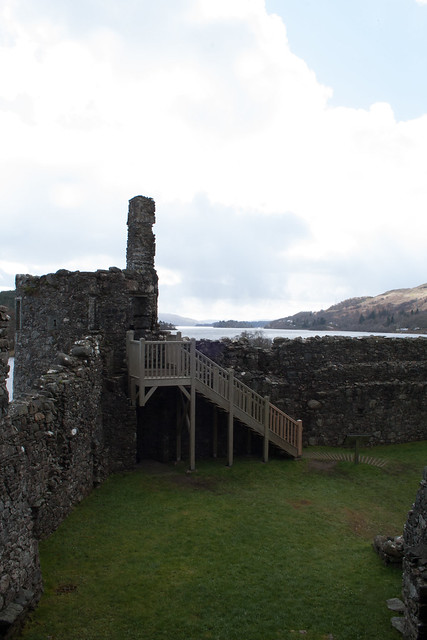 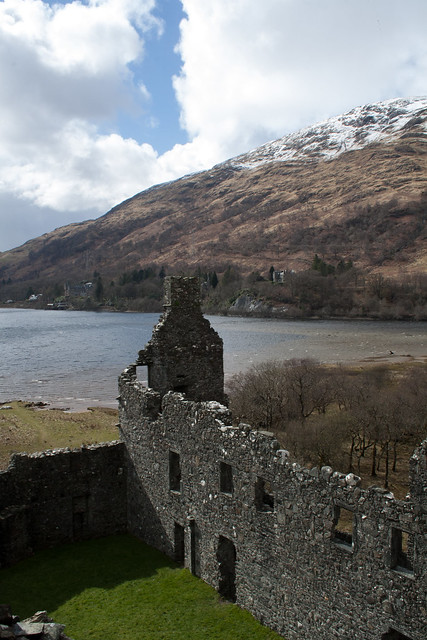 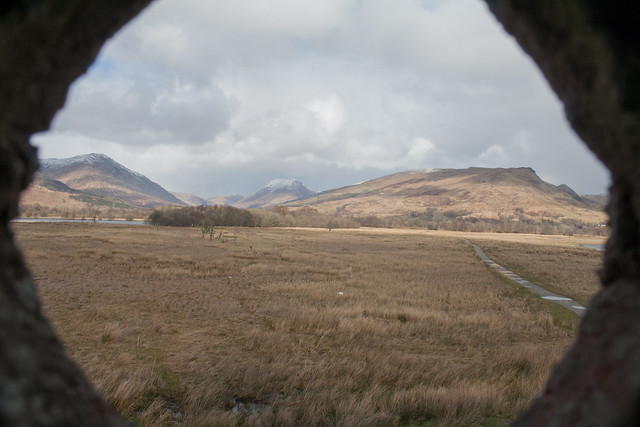 Scottish Heritage had put some new staircases and little walkways in to allow you explore the upper levels of the castle and get some stunning views of Lochawe and the surrounding area. 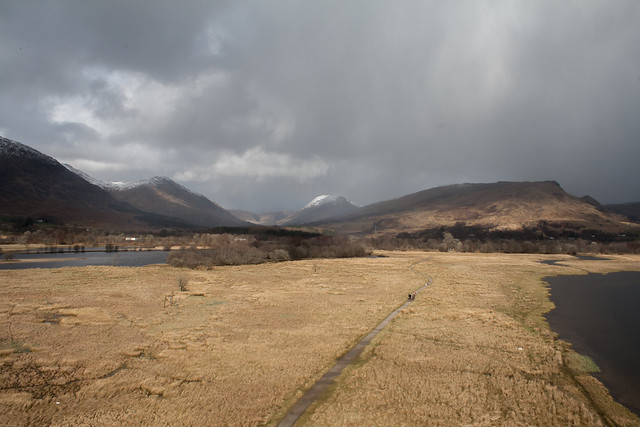 But since it was sunny in parts, it produced beautiful rainbows, WHERE YOU CAN SEE BOTH ENDS! Never in my life, have I see both ends of a rainbow at the same time. 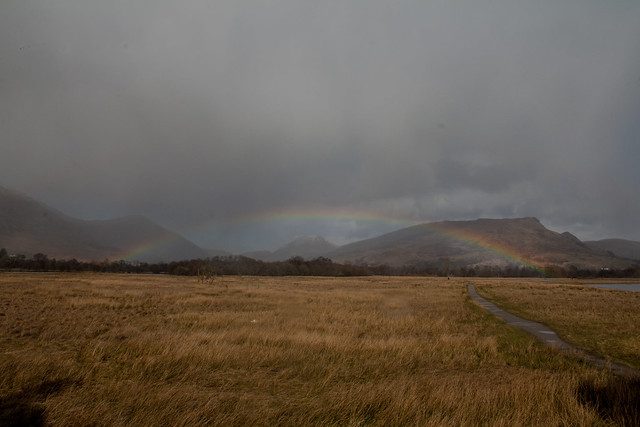 I raced back down the castle, hoping to find a leprechaun and his pot of gold. But which end do you go for? If you can see both ends of a rainbow, how do you know which end the pot of gold is at?

The little girl that you can just about see in the photo below, had the same idea also and was trying to beat me there. 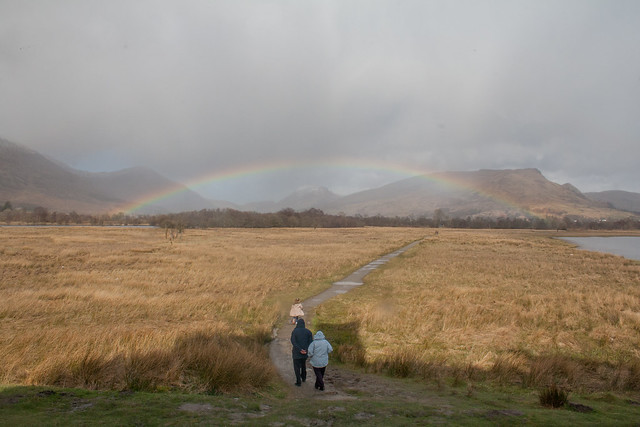 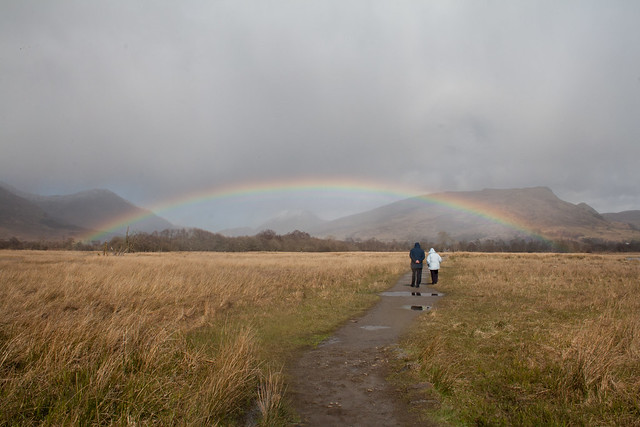 The rain cleared through quickly, and the skies returned to blue a few minutes later.

I fear that Scotland may have ruined rainbows for me. Normal rainbows, where you usually can’t even see one end of it, just aren’t going to cut it anymore. There’s only one thing for it: I’m moving to Scotland! I wish.

Have you ever seen both ends of a rainbow before?

A beach with a view | Baker Beach, San Francisco