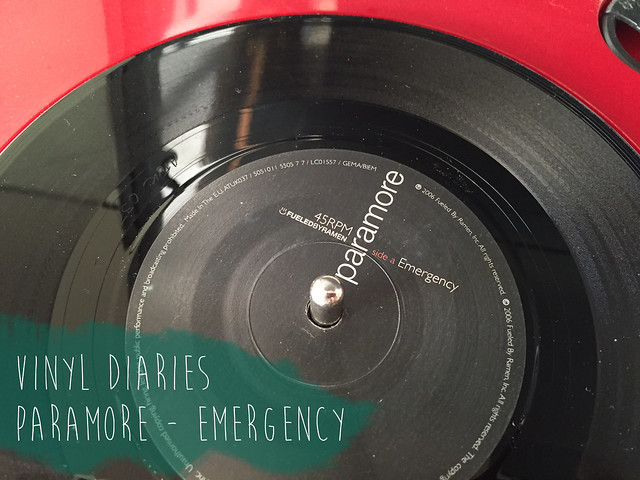 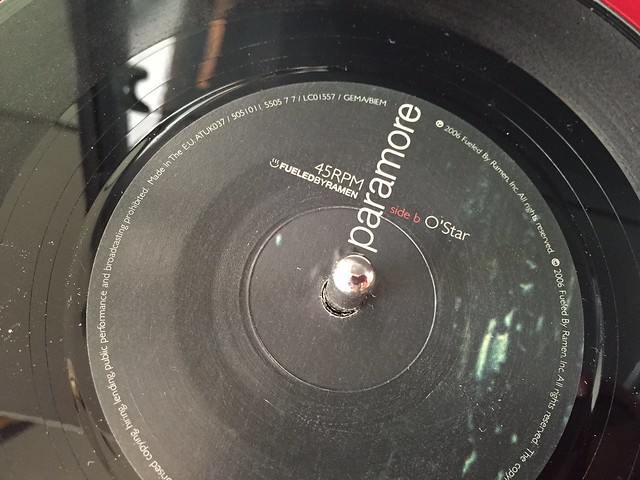 I lied when I saw that Same Trailer, Different Park by Kacey Musgraves was the first vinyl record I bought. I recently rediscovered Emergency by Paramore on vinyl, which I’d completely forgotten about.

I bought this when Emergency first came out in the UK in 2006 – wow, almost ten years ago! I won’t lie to you, I bought it because the cover was a poster, which took pride of place in my room for several years. (If you want to see the cover, you can see it here.)

Back then, posters were a big deal. There was an unspoken competition between my friends and I about who had the most, and the coolest posters, so I definitely was not above buying a vinyl record for a cool poster.

This hasn’t been played a huge amount. I remember listening to it on repeat for a couple of days after I got it on my Mum’s record player. I remember absolutely loving O’Star too and wishing it was on their debut album.

Emergency was the first Paramore song I heard. I remember listening to Kerrang on a Sunday afternoon when they did the unsigned show and they played Emergency. Before the song had ended I’d decided they were my new favourite band.

I did a bit of poking around the internet and it turns out this vinyl is actually pretty rare and was only printed in the UK. Go me for buying a vinyl for the poster!

While we’re talking about rare. I’m on the hunt for Paramore’s first album, All We Know Is Falling, on vinyl and it seems that was a short run too so if any of you just happen to see it somewhere for a decent price, please let me know.

Tell me about the first time you heard one of your favourite bands.