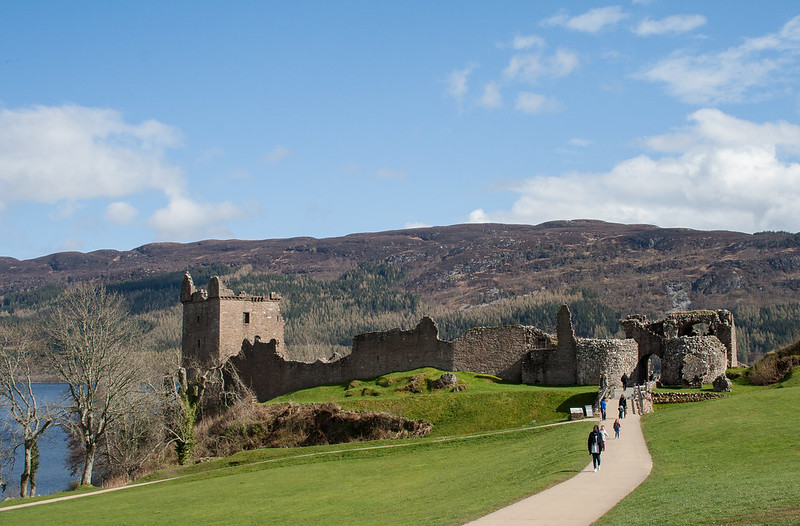 I’ve wanted to go to Loch Ness since I was a little kid. The whole idea of ‘Nessy’ is something that captivated me since I was a kid.

The loch was a good three hours away from where we were staying, a journey that was made even longer by a car we followed for about 40 minutes who insisted upon driving at 30mph in a 60 zone, for no reason. 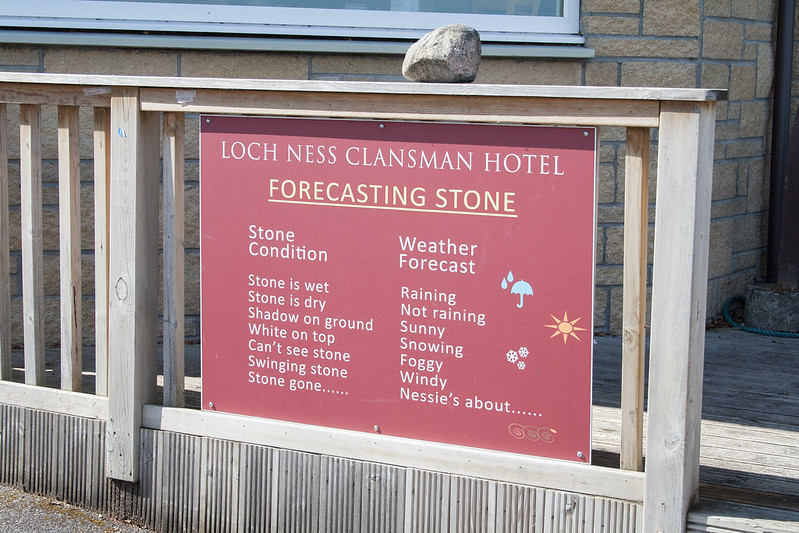 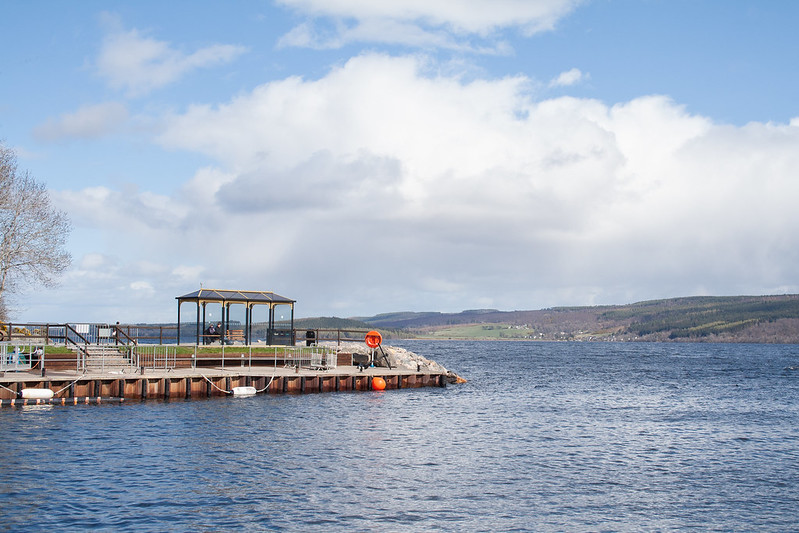 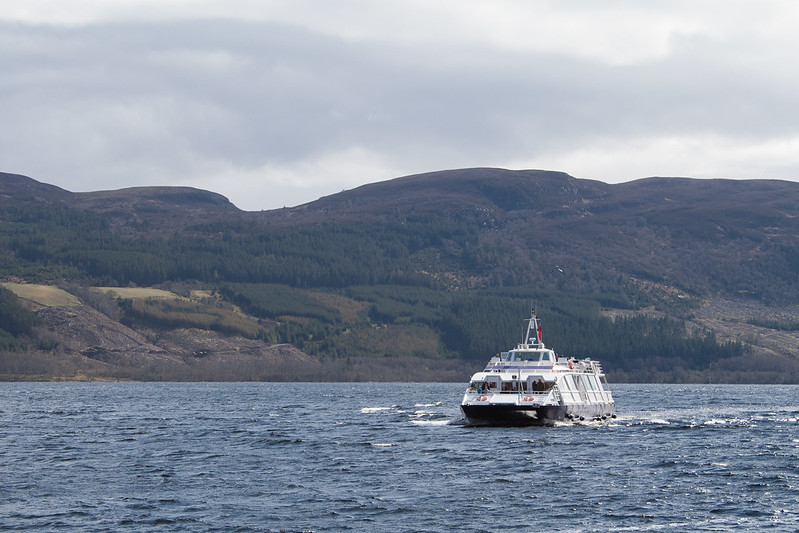 To my surprise, there aren’t many places that you can get down to the shores of Loch Ness. We decided to do a boat trip around the loch, and to Urquhart Castle to see more of the loch, and because we’re all big castle fans.

There are a few points you can get cruises around Loch Ness from. Out of interest, we went on the Jacobite Freedom, The Clansmen and the Castle from Clansman Harbour.

As we set off towards the castle, we could see big grey clouds ahead. Thankfully, the changeable Scottish weather was kind to us, and it cleared up. 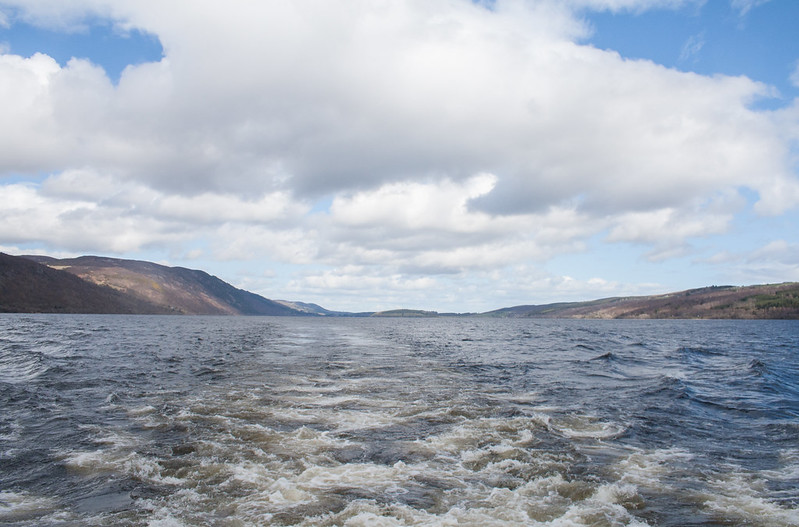 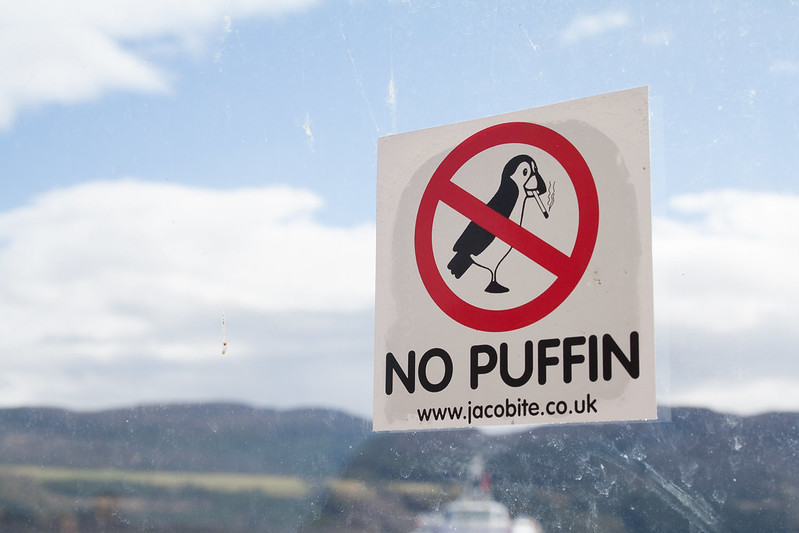 We stepped off the boat to glorious sunshine and blue skies. Oh, and a trebuchet, which instantly caught Tom’s attention. He loves trebuchets and wants to build one of his own. 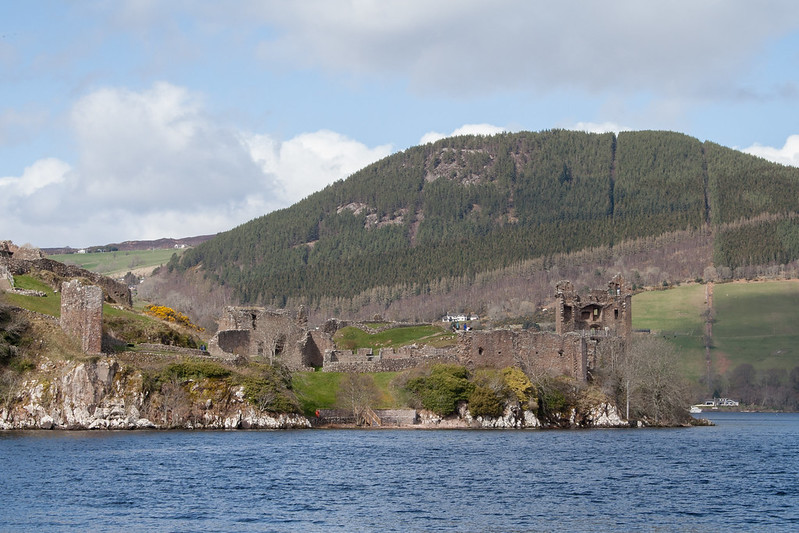 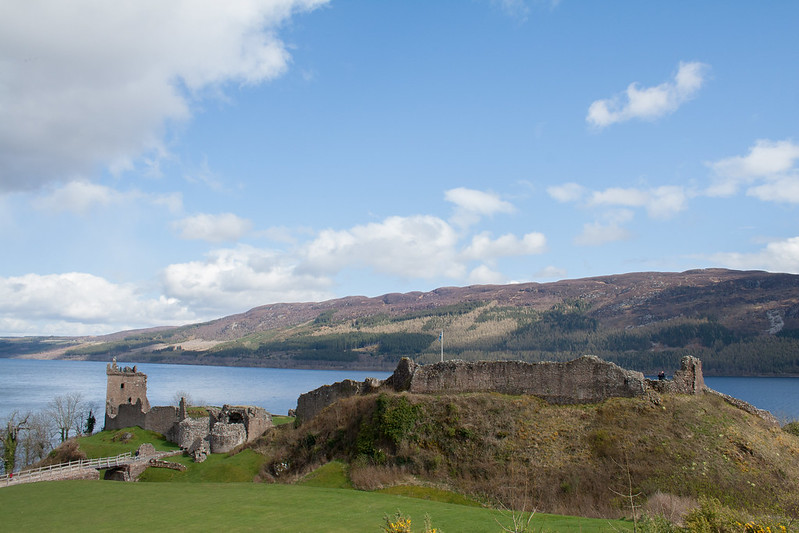 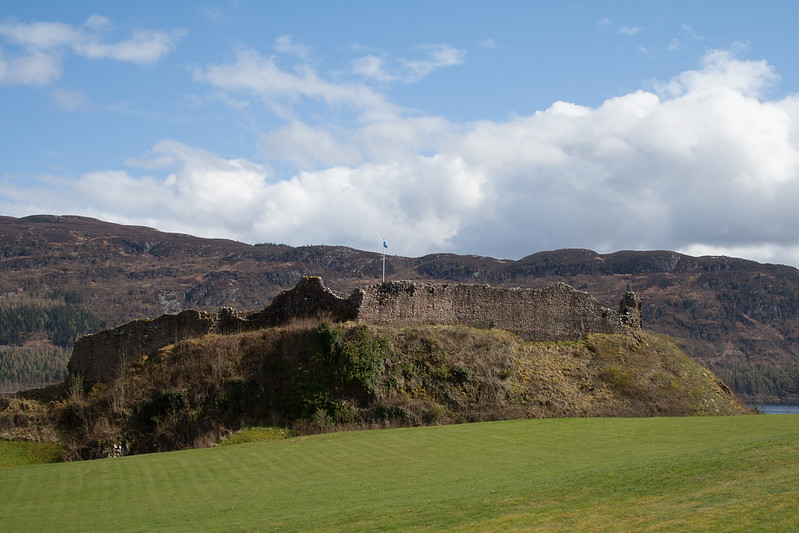 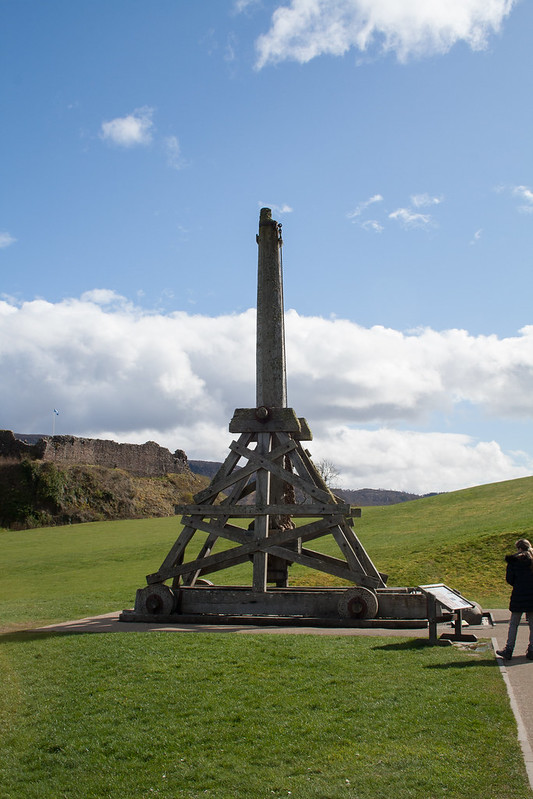 The ruins of the castle were beautiful, and I can only imagine how stunning it must have been when it was in it’s full glory, perched at the edge of Loch Ness. It must have been quite a sight. 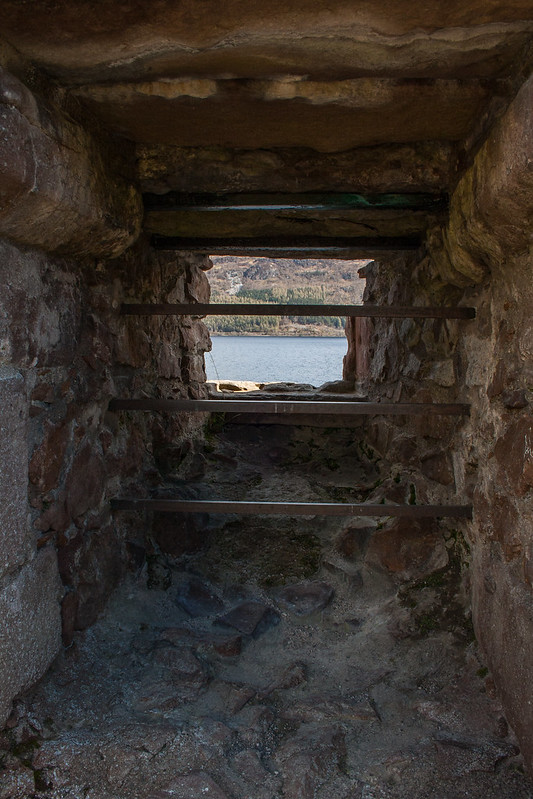 The main tower had been renovated a little so that you could climb it and take in the views. 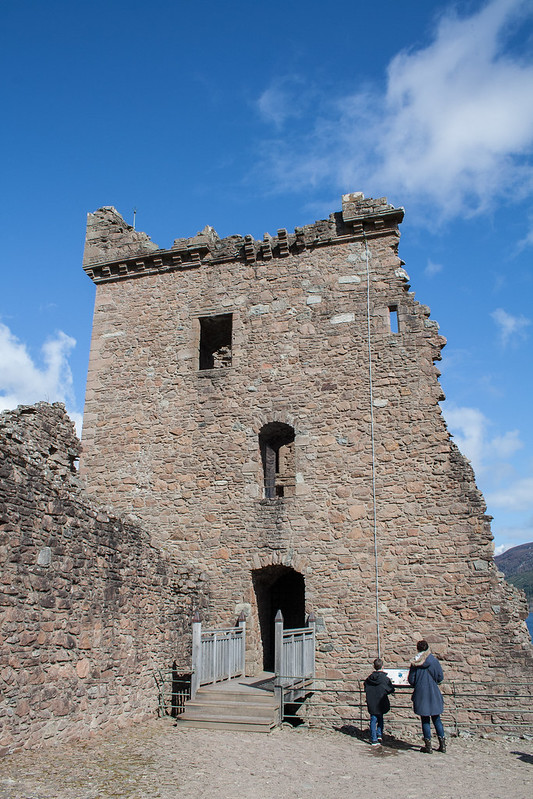 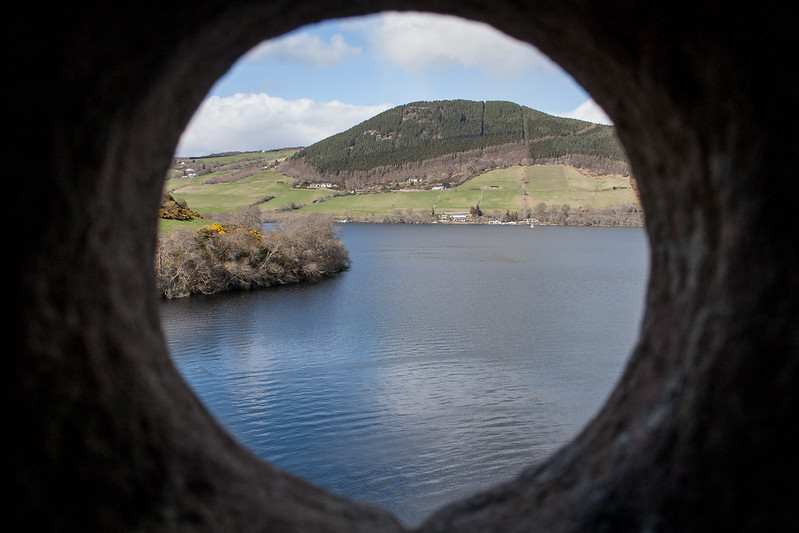 Something that always amazes me about castles is how ridiculously tiny, tight and uneven the staircases are. It must have been awful to try and climb up and down those stairs all the time, especially in the dark when you might have been carrying a candle or a light to see by. Or perhaps, we’re just used to nice, wide, even staircases? Maybe it was a piece of cake.

As we headed back on the boat, I had a good look for Nessie but I couldn’t see her. However, I did begin to understand why people might have thought they saw things. The loch is so deep, and the water is dark, so I can imagine how the waves might play tricks on the eyes.

Visiting Loch Ness was a childhood dream come true, and I’d love to go back again. I’m sure I’ll watch Nessie documentaries with even more excitement knowing I’ve been there now.

Have you ever been to Loch Ness?