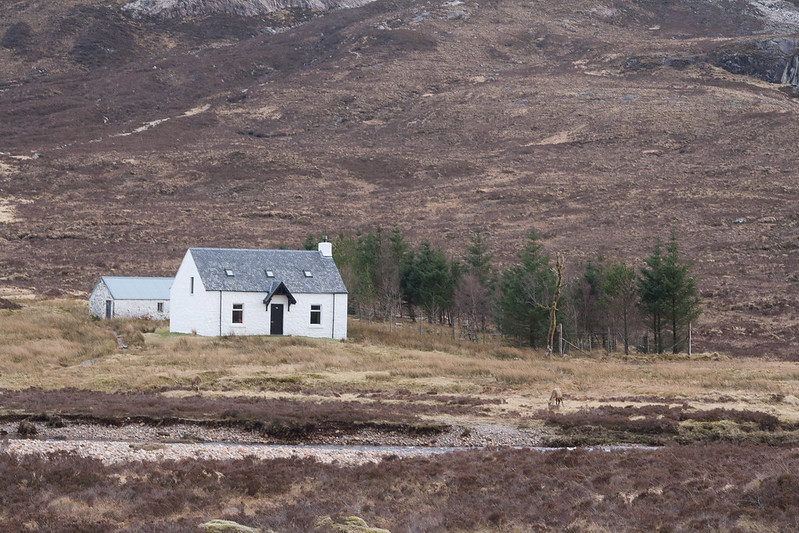 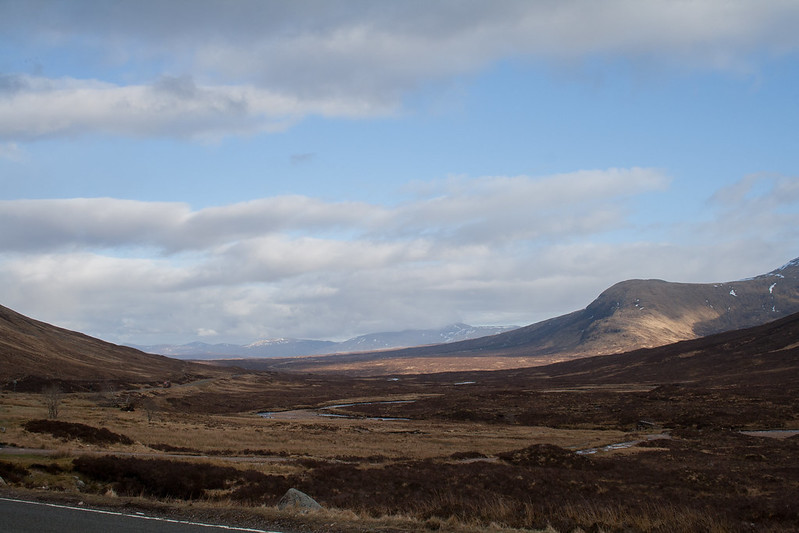 One of the most stunning places I went to in Scotland, was somewhere we just stumbled upon; a beautiful, long stretch of road through Glen Coe.

It is a Top Gear driving road if I ever saw one.

We came across it while driving to the safari park, and despite the miserable weather it still looked beautiful. A couple of days later, we drove through it again on the way back from Loch Ness. That time, the weather was much kinder to us, and we were treated to beautiful scenery. It’s easily the nicest place I’ve ever driven through.

The thing that struck me most was how vast and timeless it is. Apart from the road, and the odd hotel, there are very few signs of civilisation. It could be any period in time, and it’s not hard to imagine dinosaurs and other prehistoric beasts roaming the glen.

And that makes it so beautiful, and a little haunting, because you can easily imagine dinosaurs and prehistoric beasts roaming the glen. In that way, it reminded me of parts of Lanzarote and Fuerteventura. 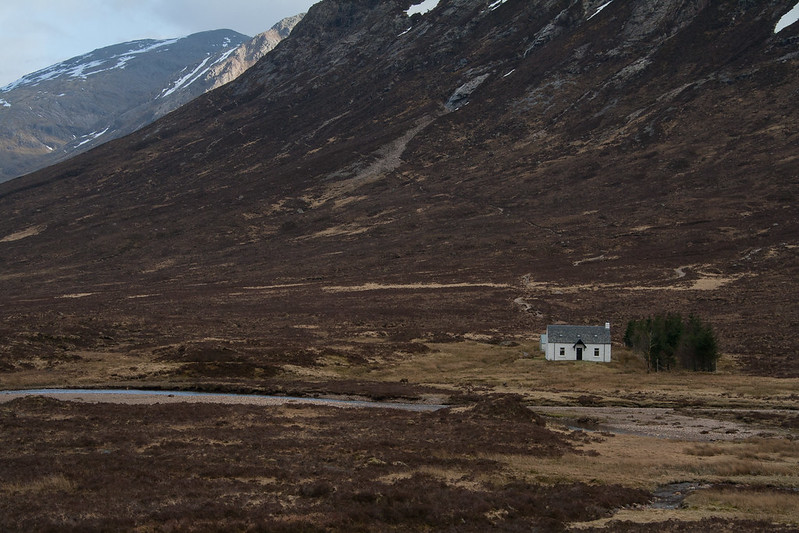 Near one of the pull-ins, my Mum spotted some deer so we parked up, and hopped out with our cameras and quietly headed down towards them. 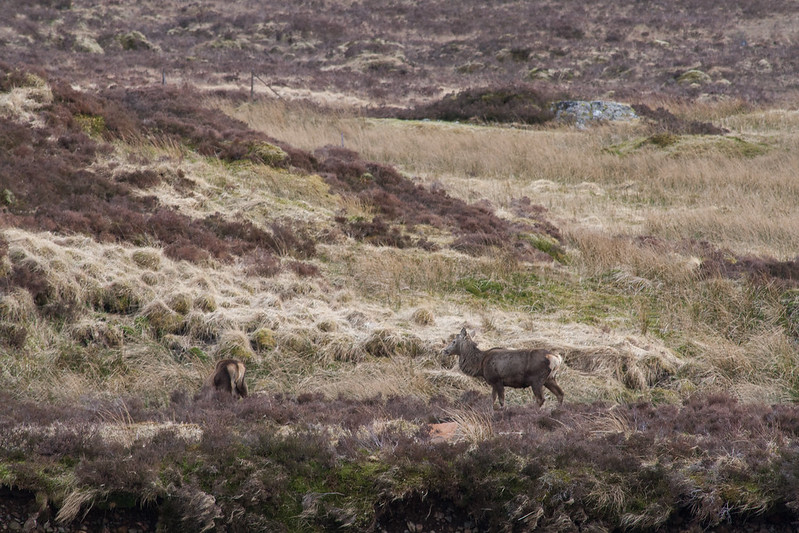 I almost tripped over something, and looked down to find a deer antler at my feet. It’s now resting on the top shelf of the bookshelf in the living room. 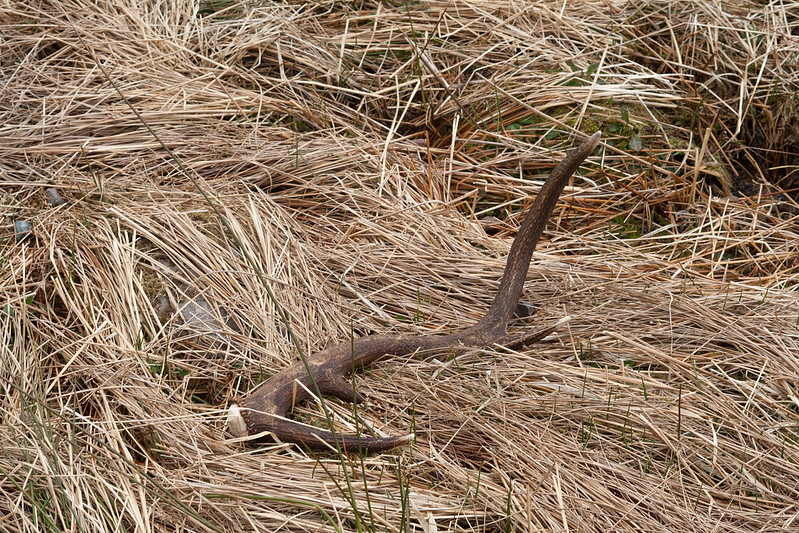 Strangely, the thing that drew my attention more than the deer was the white house. I don’t know if it was lived in, but wouldn’t it be a stunning place to live? If it is lived in, I might feel a little weird about taking photos of someone else’s house… 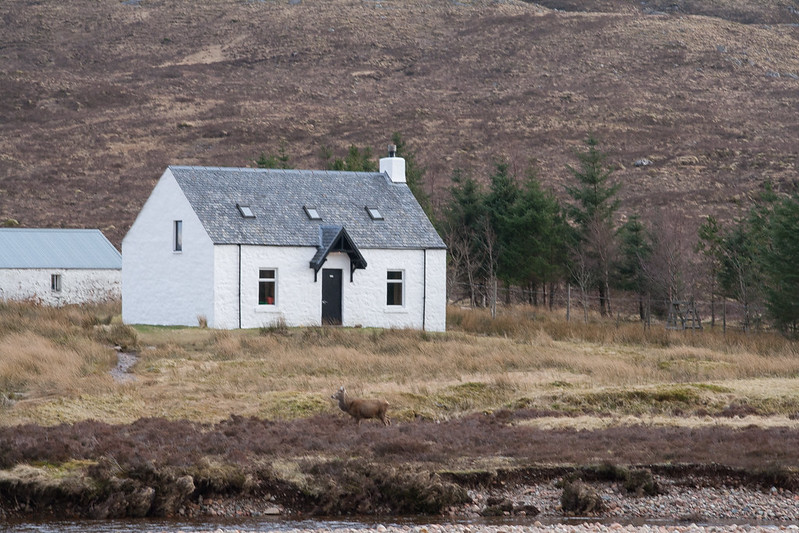 Sure, it would be bleak in the winter but I’m sure the views would be more than worth it. I couldn’t help but wonder what kind of person might live there, why they would live there? And would they let me move in?

There were a few places I visited in Scotland that were just so peaceful, and this was one of them. It’s a feeling that words can’t do justice. It was nice to feel like modern civilisation might not exist, and just appreciate the stunning beauty of the place.

I couldn’t help but recall my favourite line from Desiderata:

With all its sham, drudgery and broken dreams, it is still a beautiful world

Its easy to get so caught up with the terrible things that happen in the world, and amongst all of that we can forget the good.

What’s the most remote-feeling place you’ve ever been?