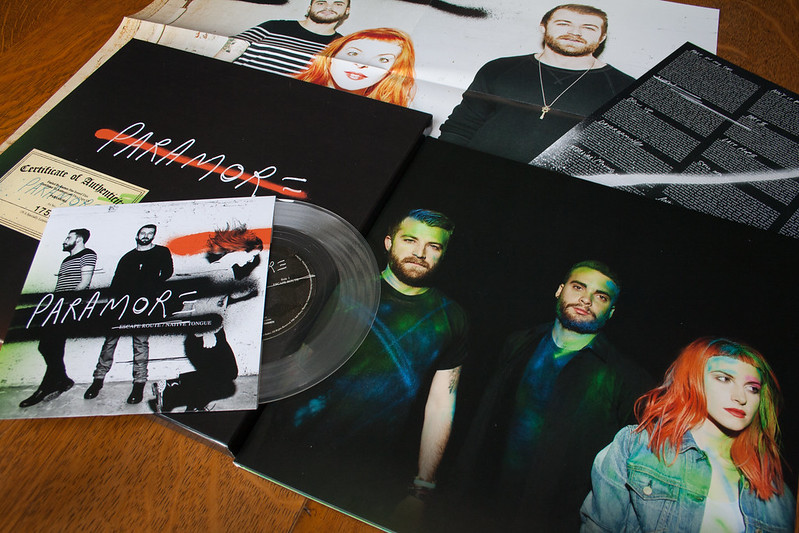 As Paramore bring to a close the Self-Titled era, it feels right to feature their latest album as June’s Vinyl Diaries.

My love for Paramore is strong, and has been since I first heard Emergency way back when. You don’t need me to recall the first time I heard them again; I feel like I tell that story every single time I talk about Paramore.

When their self-titled album was released in 2013, they did a limited edition vinyl box set containing: 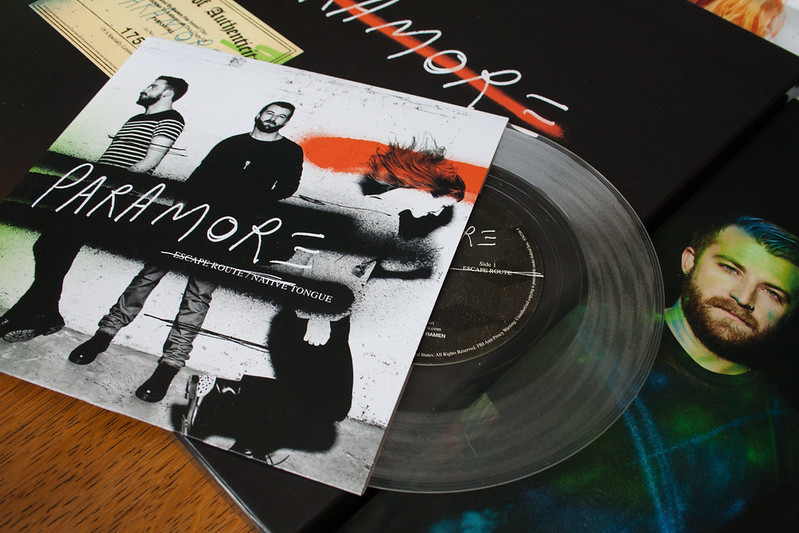 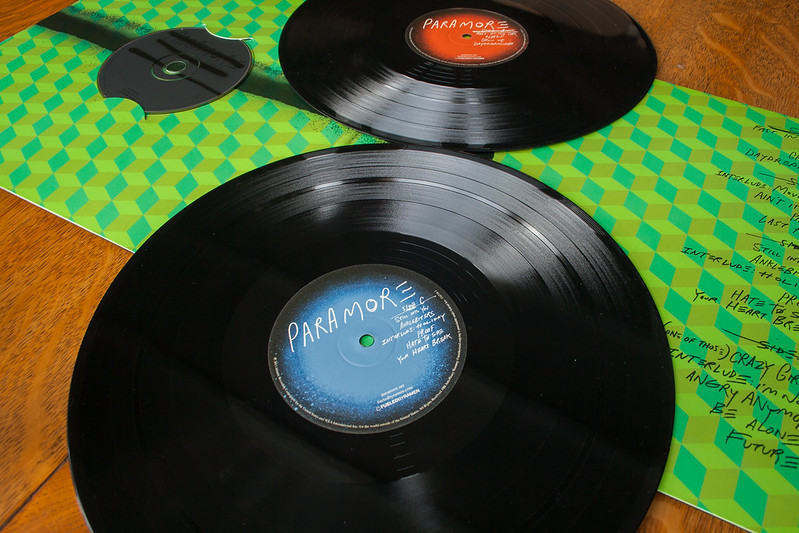 Paramore’s first three albums always remind me of being a teenager, but this album reminds me of becoming an adult, which is what the album is actually about. It also reminds me of driving on nice summer days, because I’m sure that’s what Ain’t It Fun was written for.

It also reminds me of when Tom and I went to see them a couple of years ago, and he’d just dislocated his knee and we were so thankful that we’d booked seats because he wouldn’t have been able to stand up for an entire gig.

I just love this album. It’s fun, they experimented with styles, and I’m so happy about the success they’ve had as a result of it. They truly deserve it, and are wonderful musicians.

Four songs to listen to:

What album reminds you of becoming an adult?