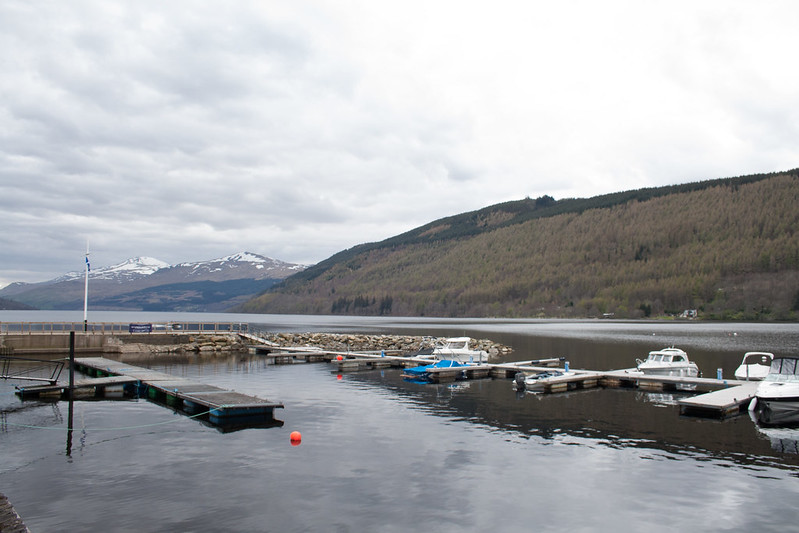 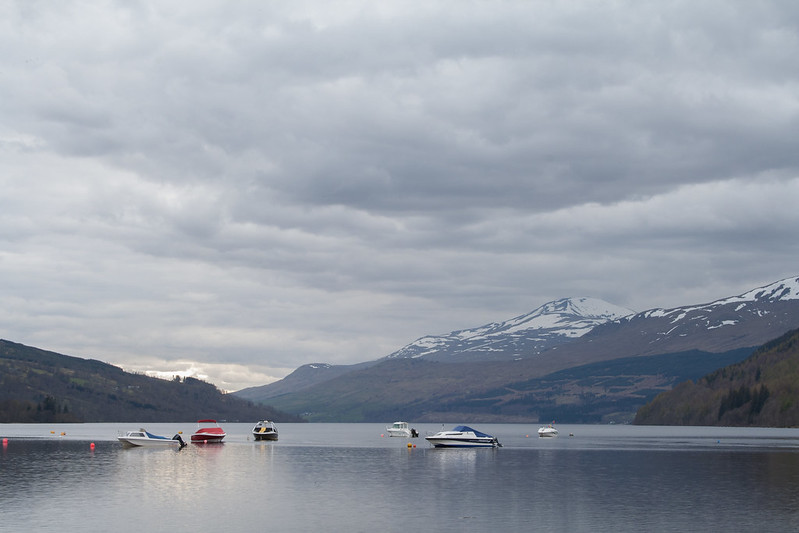 Here we are, at the end of my Scotland trip. On the final afternoon, we explored Kenmore on Loch Tay and the ruins of Finlarig Castle in Killin. 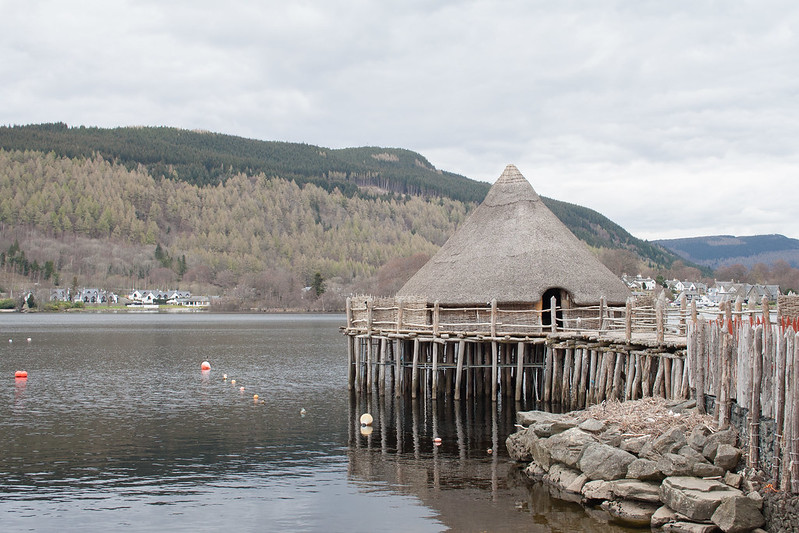 It looks beautiful, and it must have been stunning to live in a house over the loch. 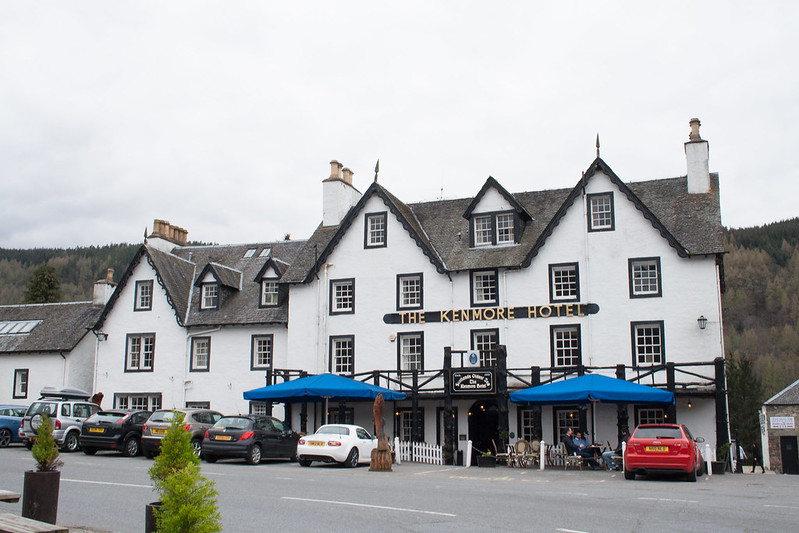 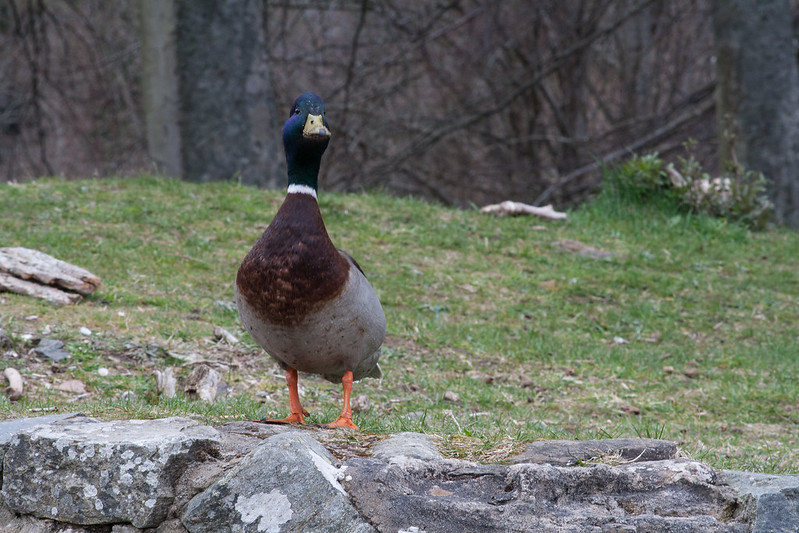 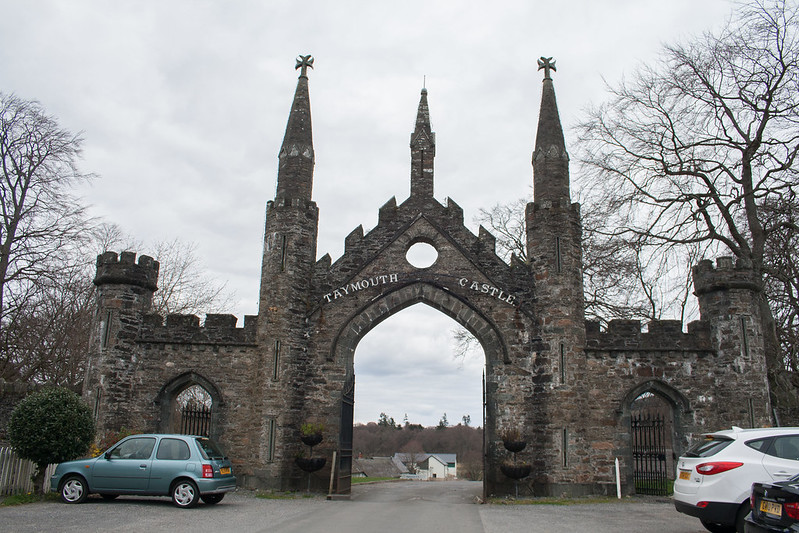 After having a nose around it, we didn’t go in it or on the tour around it, we decided to head into the town of Kenmore. We stumbled across a huge, slightly eerie looking, gate and decided we had to see if there was a castle beyond the gate. (The gate reminds me of something off Oblivious, or Skyrim.)

We were expecting to find ruins of a castle, but what we found was a school, some houses, a park, and a golf course. We followed the road for what felt like a ridiculously long time (it wasn’t really a super long time, but I was eager for a castle and was getting impatient) before being brought to a halt by the sound of rummaging in the trees.

We looked up, and there amongst all of the greenery, we spotted a flash of orange; a red squirrel. Having never seen a red squirrel before, let alone in the wild, we quietly switched to our longer lenses and waited. 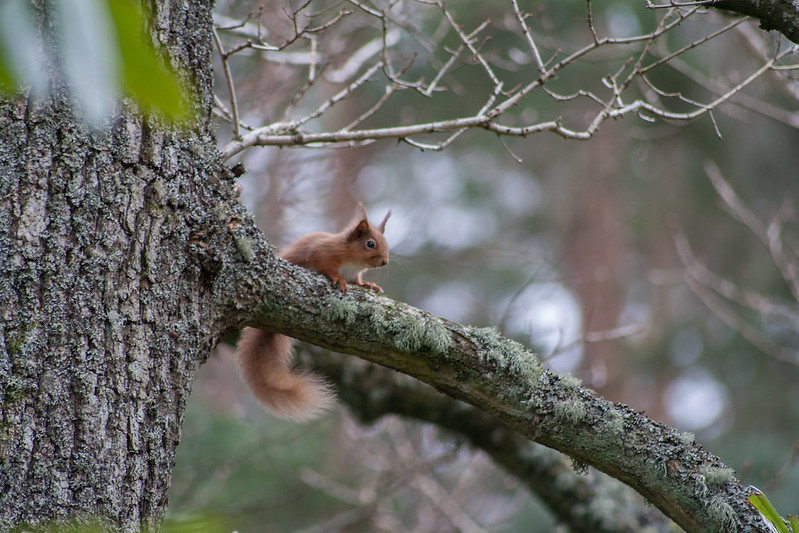 A baby squirrel peeped out from behind a tree for just long enough for us to get a couple of photos. We stood around for about half an hour trying to get another good glimpse of him (or her!) but we were no match for a speedy squirrel.

Grey squirrels are really common in the UK, so it amuses me that I was so excited to see a red one; it’s just a change of colour, right? I think they’re both beautiful creatures, but it was special to see a red squirrel in it’s natural habitat. 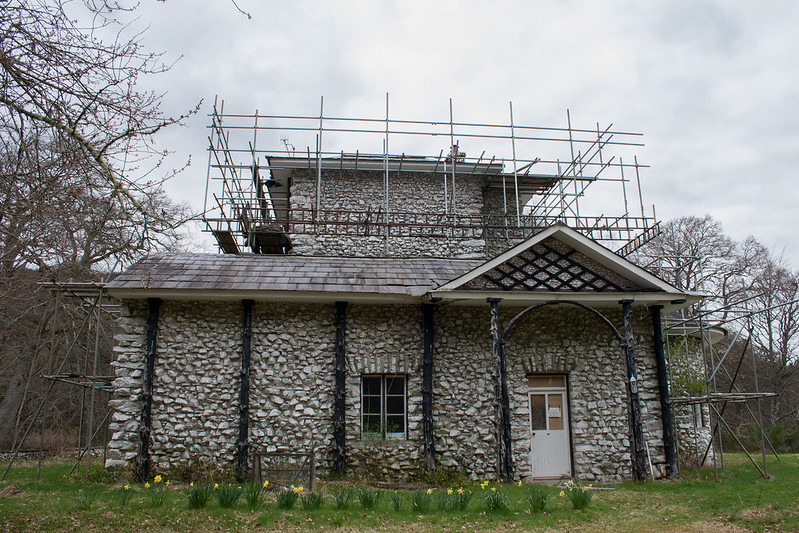 Tom got bored watching us wait for the squirrel and went for a wonder and came across a deserted old house. It was quite eerie, and felt like the start of a horror film. It looked so beautiful from the outside, and I couldn’t help but wonder how nice it must have been to live in a house in such a wonderful setting.

Getting eager for pizza, we gave up on finding Taymouth Castle, and head back to the car. When I got home I googled it, and I wish we’d pressed on a little further. Look at how amazing it looks!

We headed back into Killin to collect our pizza, and spotted signs for Finlarig Castle and decided to have a look. There was a pretty eerie sign up saying enter at your own risk, which made me even more excited to discover the castle. 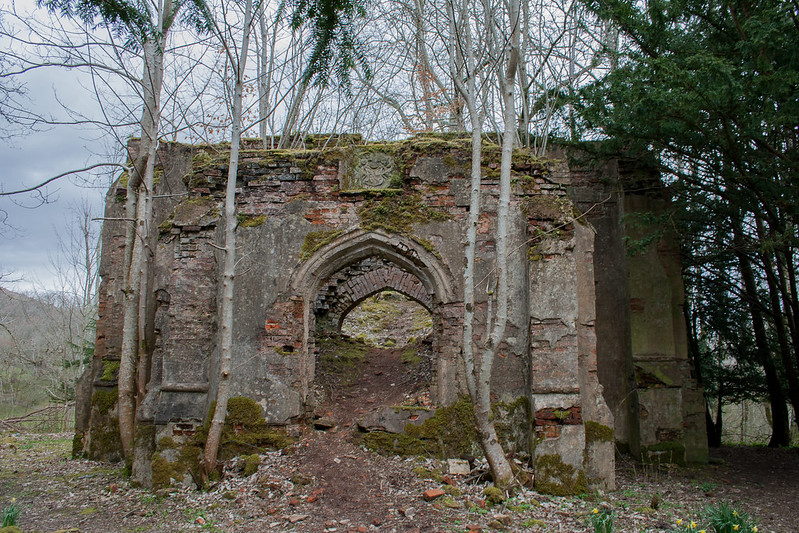 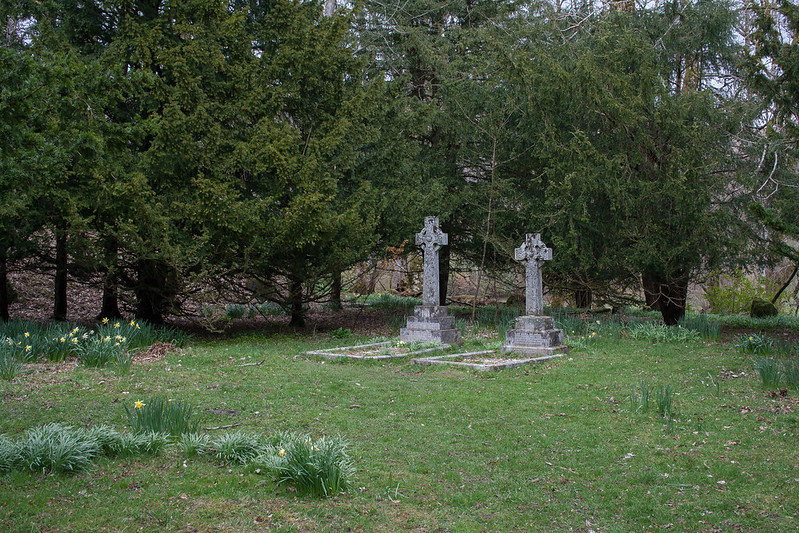 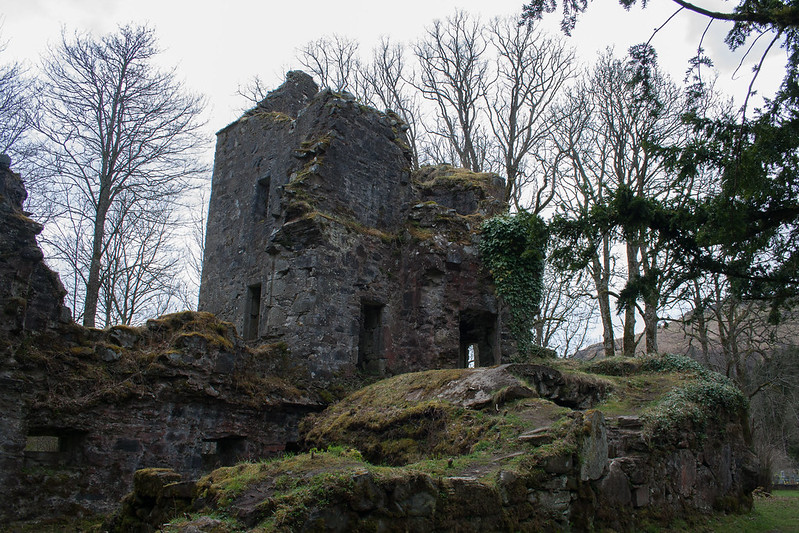 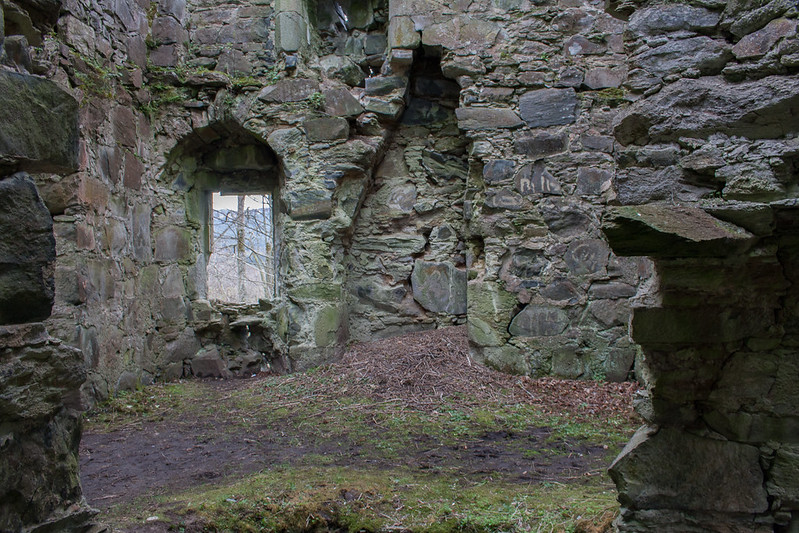 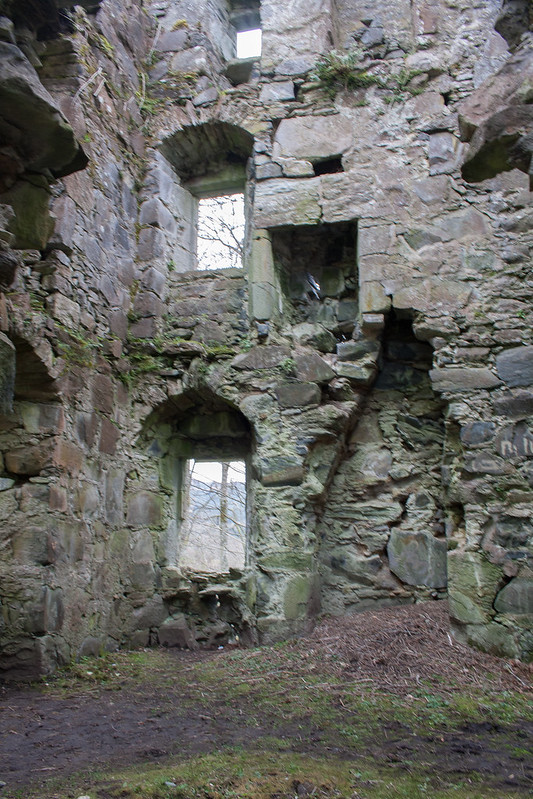 There wasn’t a whole lot left of the castle at all. We were a bit naughty and climbed up some walls and onto the second floor where we found one room that was fairly intact, apart from lacking a roof entirely.

I’ve visited so many castles, some of them ruins, but this one really had an eerie feel to it. Maybe it was the gravestones. Maybe it it was the trees around it. I don’t know, there’s just something dark feeling about it. It was definitely a different castle experience for me though.

That’s it! That’s the end of my Scotland posts (though I think I will do a roundup in the next couple of weeks) and I miss it so much after writing this final post. It’s such a beautiful part of the world, and I highly recommend you visit if you ever have a chance. You won’t regret it.

Have you ever been to Scotland?

All Over The Place – Geraldine DeRuiter