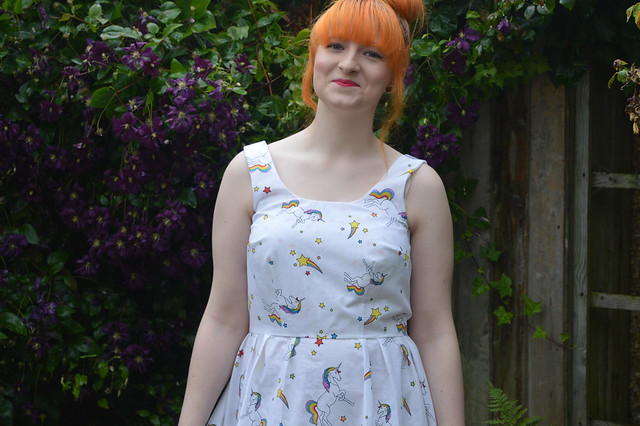 If there’s been one thing that’s missing from my wardrobe, it’s a unicorn print dress. Thankfully, that has been righted now.

When I was asked to take part in the #ThatsSewGeorge campaign, where you have to make something craft using bedsheets, blankets, curtains etc from ASDA George, I jumped at the chance.

After making a dress a few weeks ago I was eager to make another one and wanted to try a printed fabric. As soon as I spotted the unicorn print duvet set, my mind was made up. With unicorns on one side and polka dot on the other, I knew it would be perfect for the Lilou dress pattern I had in mind as it needed a lining.

I spotted the Lilou pattern from Love At First Stitch by Tilly Walnes; I’d had my eye on it since I started dressmaking and first picked the book up, and I finally felt confident enough to try it. 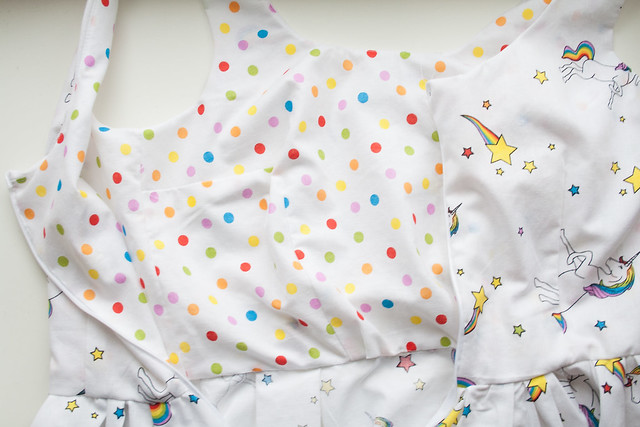 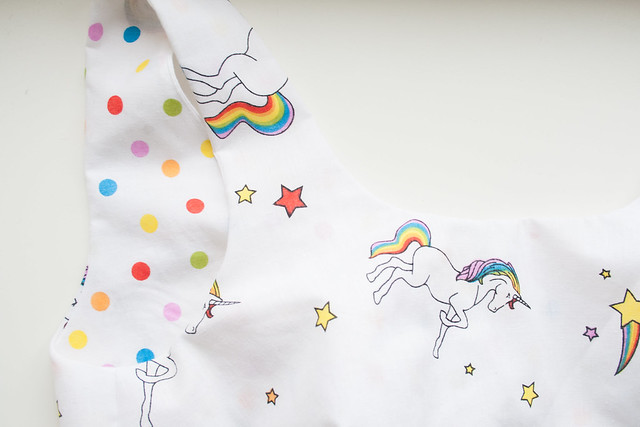 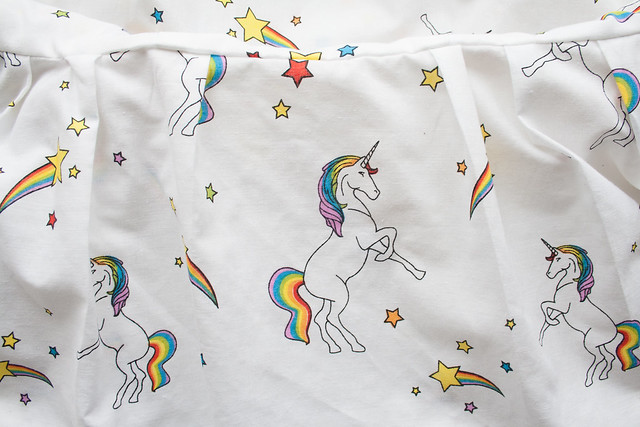 It wasn’t as hard as I expected it to be. It took about 11 hours to complete, and I learned a couple of new skills: putting pleats in, and understitching.

Once again, Tilly’s instructions were great and none of it felt daunting. I’ve said it before, but if you’re thinking about taking up dressmaking, I cannot recommend her book enough. 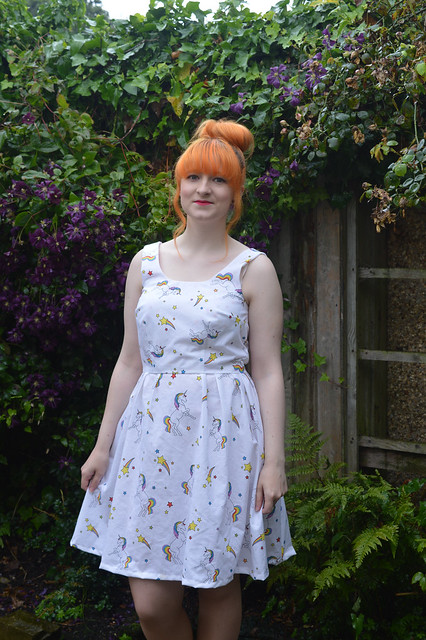 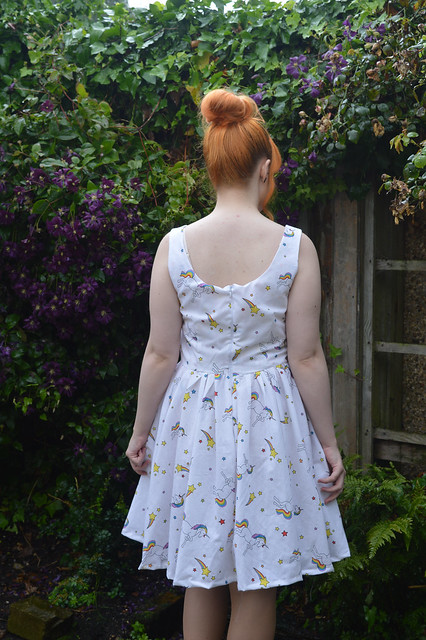 The finished dress looks great, it fits great, and it’s fun. I mean, I’m definitely going to have to carefully consider the colour of my pants when I wear it, but it’s just so fun. I really like how the lining turned out too.

It still kind of amazes me when I complete these things that they actually fit. I don’t know why, but I always expect to try something on and it will fit awfully.

Making a dress, or garment, from a duvet set might sound a bit weird, but it’s actually a pretty good idea:

It’s fun taking something with one purpose and using it for something completely different. There are so many cute print duvet sets, and before now I probably wouldn’t have thought about turning it into a dress, a skirt, or something else, but I’m sure this won’t be the only time I turn a duvet set into something wearable.

If you could make a dress, what pattern would you use?

*I was sent the duvet set as part of the #ThatsSewGeorge campaign.

I made a Harry Potter robe | Dressmaking