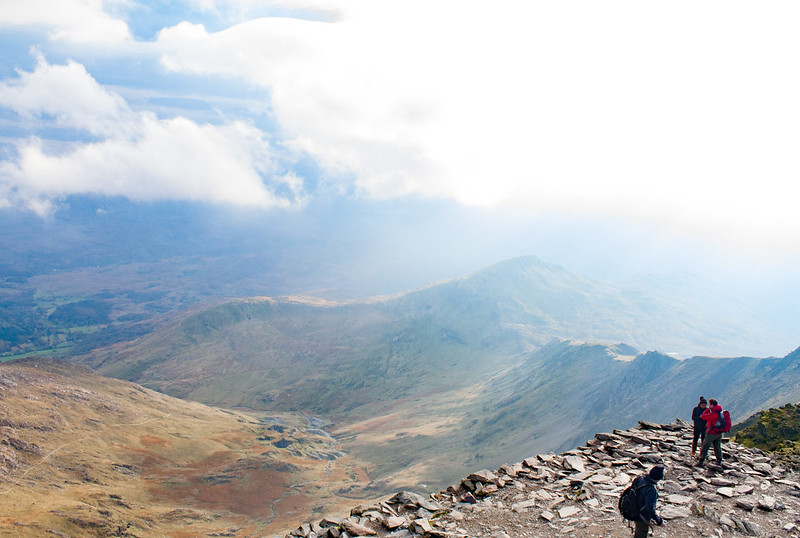 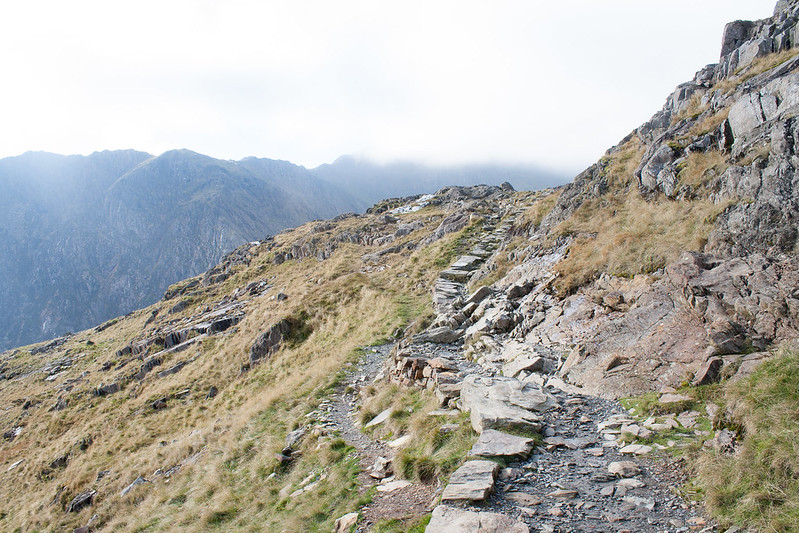 It’s a bizarre thing, isn’t it? To climb up a big chunk of rock and come back down again for nothing but the pleasure of it. Yet, that’s what my Mum and I found ourselves doing last Monday.

To be honest, it was Bear Grylls that made me do it. A few weeks ago, I was watching his Running Wild show with Kate Winslet and they were in Snowdonia, and I thought it would be a great idea to climb to the top of Snowdon. I mean, why not? That was pretty much all the motivation I needed.

We did some research and decided we’d follow the Pyg route to the top, and come back down on the Miner’s route, and boy am I glad we did it that way around because I would not have fancied coming down the Pyg track. 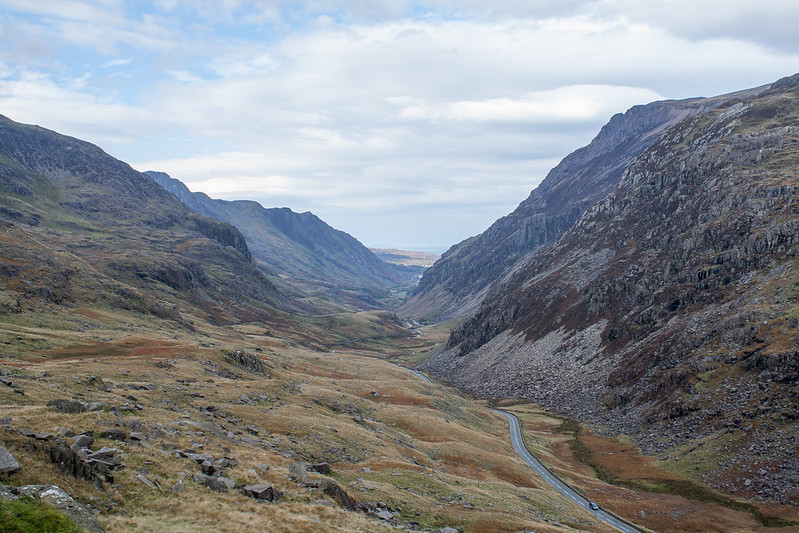 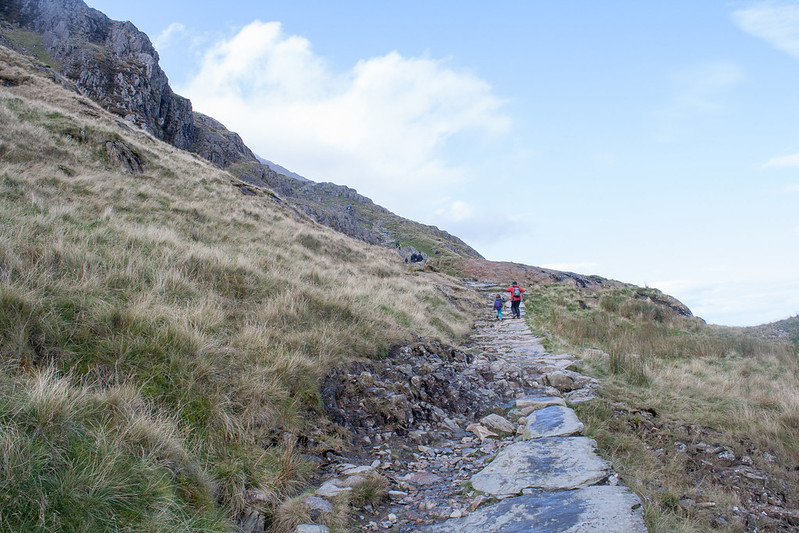 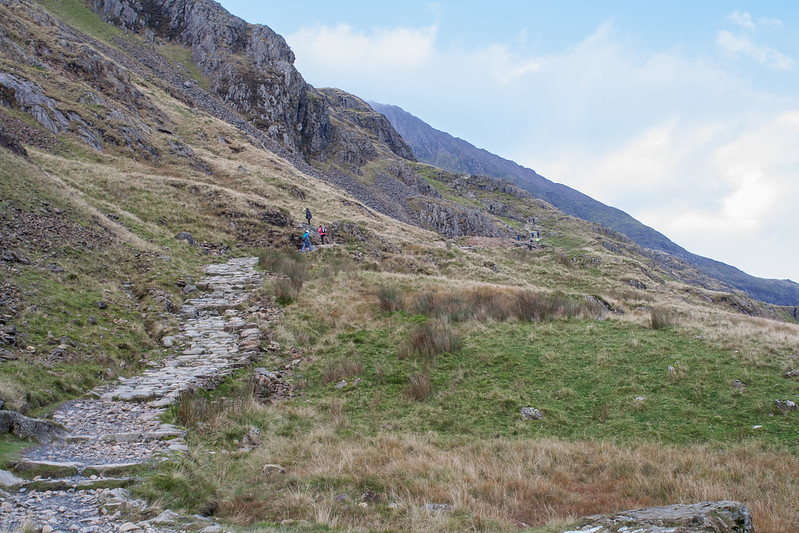 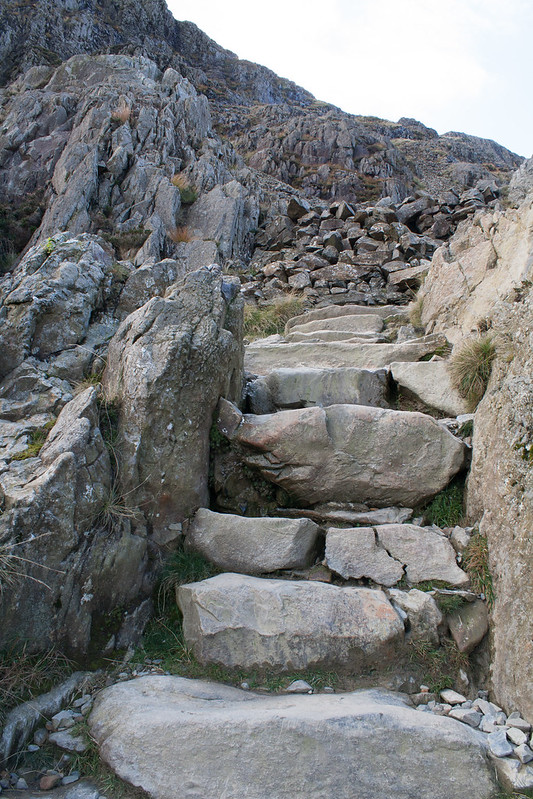 When you start off, the route is tarmaced, but that soon gives way to ‘cobbled’ stone paths and huge steps. Some of the steps were really huge and quickly zapped all of the energy out of your legs. Thankfully, we weren’t the only people having to stop every few steps to let our legs recover. And that was just 15 minutes in. 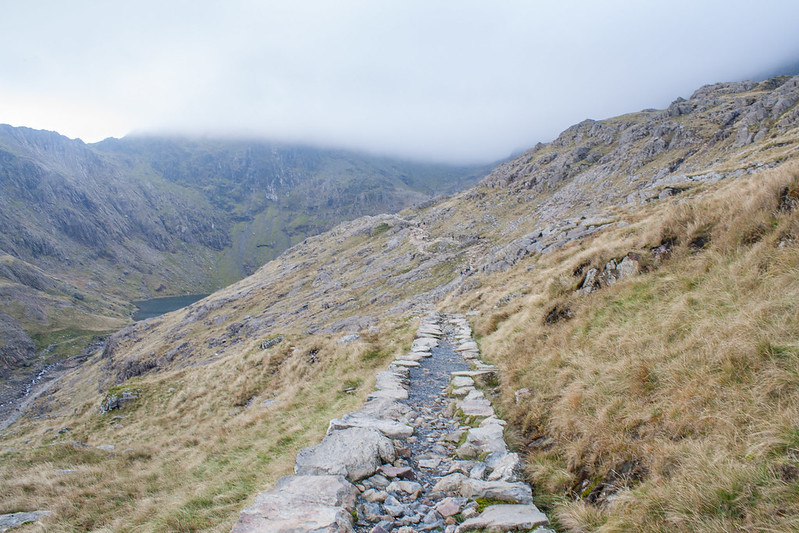 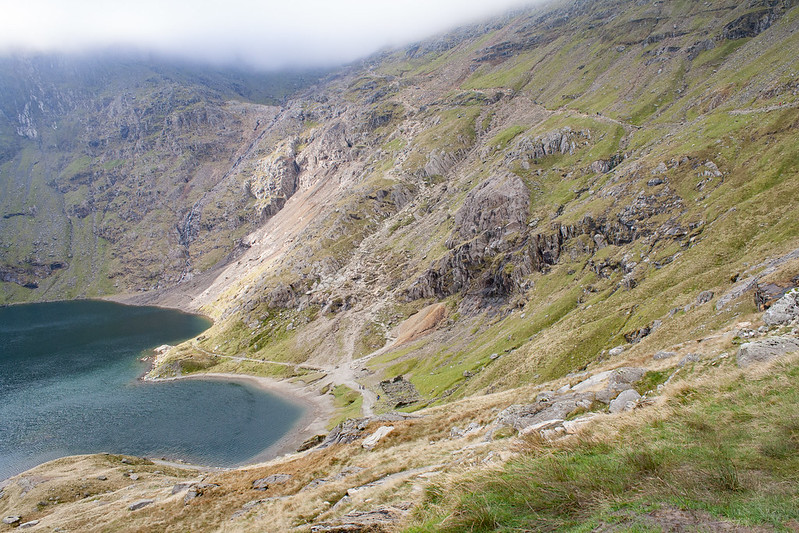 There were a few parts where the track wasn’t obvious at all. There were rocks everywhere, and it took a bit of searching to figure out how to get back onto the path. One part in particular was pretty horrible. I didn’t take a photo of it because I daren’t stop or divert my attention away from not falling off a mountain. We had to find our way across quite slippy rocks, that had a stream running through them. To make things even tricker, it was fairly flat so it wasn’t like you could hold onto a bit of rock to anchor yourself. 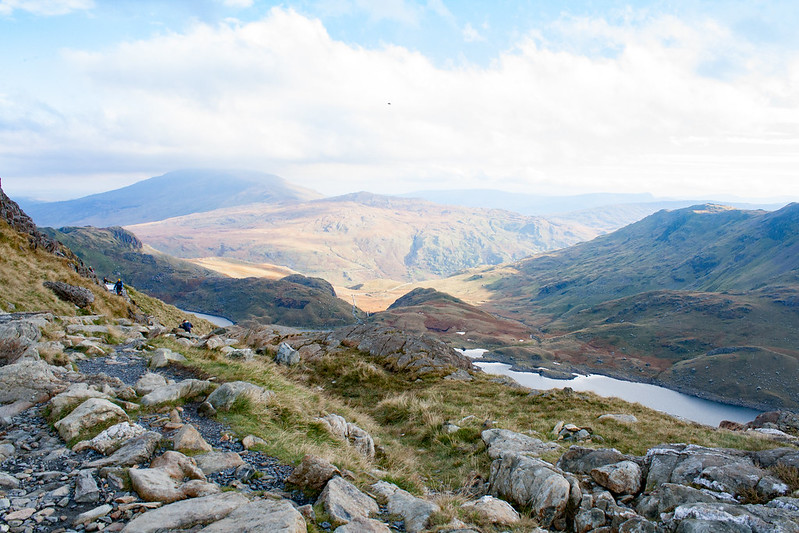 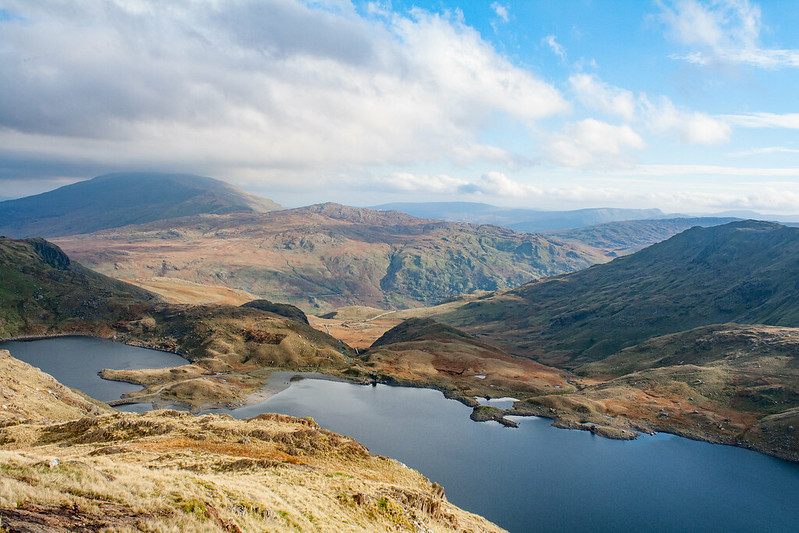 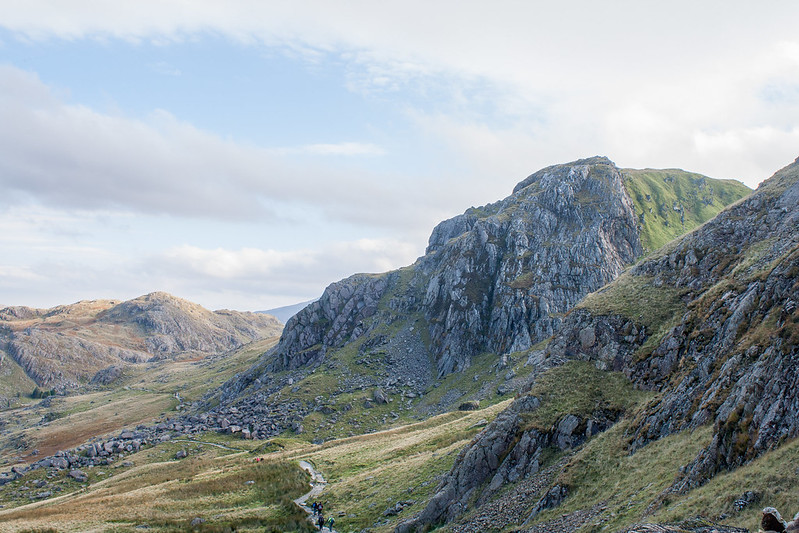 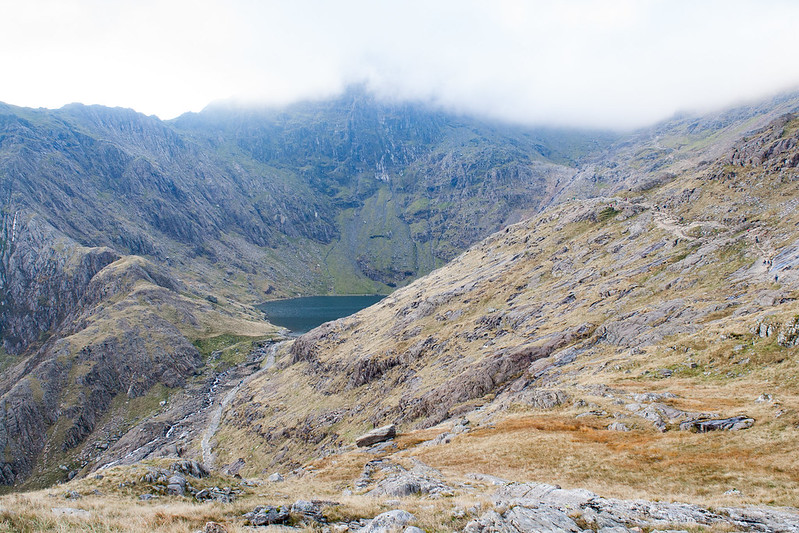 It’s such a beautiful place, and my Mum and I kept commenting to each other that The Lord of the Rings and Hobbit films could have been filmed in Snowdon, because it just looked so ‘Hobbity’. I mean, look at these photos and tell me you can’t imagine hobbits and elves wandering around. 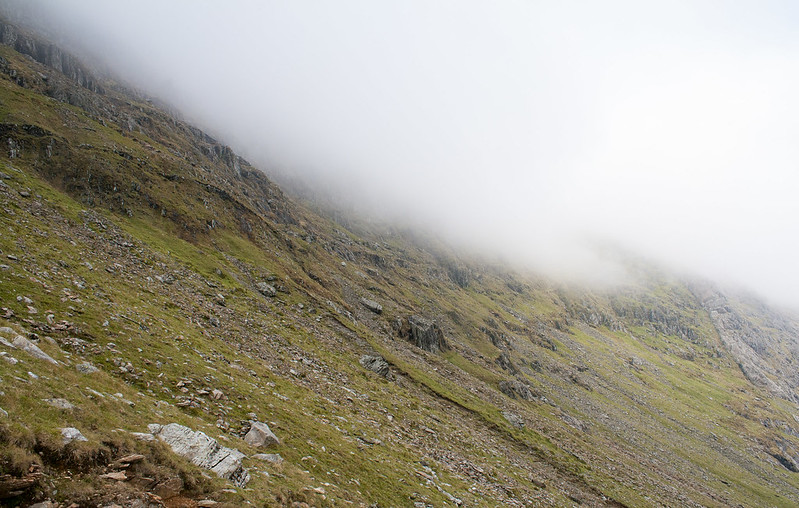 As we got to the final section, where the Pyg track and Miner’s track join, hill fog descended and the visibility dropped quite a bit. This is where it became just as much of a mental challenge as a physical challenge. We could no longer see the summit and it felt like we might never reach the top. 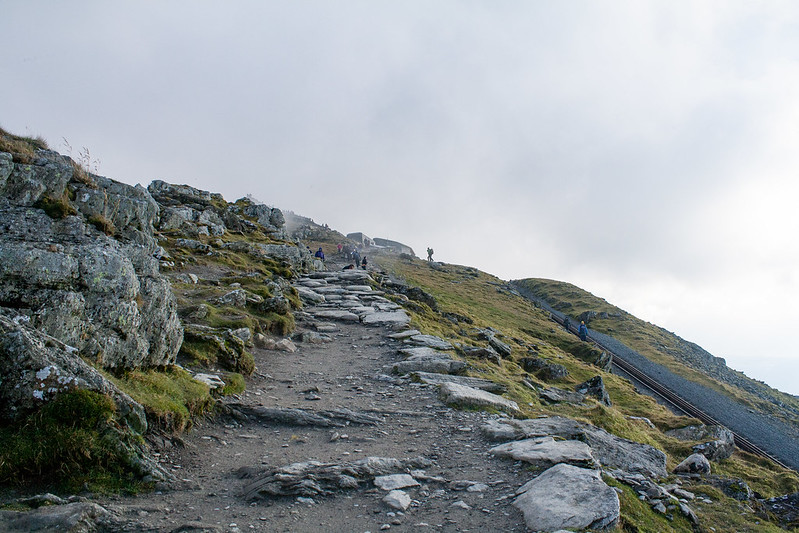 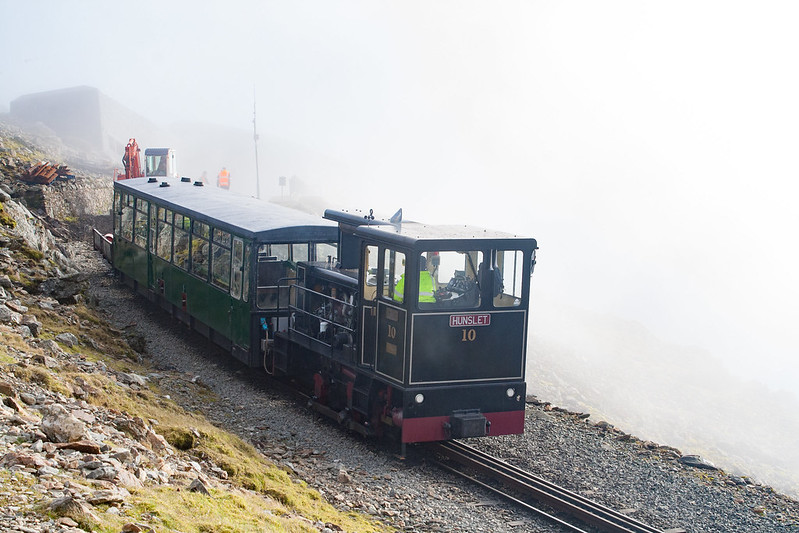 At last, we reached what we thought was the summit, but it wasn’t, and the strange thing is that the summit itself wasn’t actually signposted. We headed towards the visitors centre (which was shut) and spotted the summit.

When we began our trek, there was an information board that said we could expect winds of 45 mph, and I’ve never experienced something like that in my life. The wind was so strong, it was hard to walk against it, and it felt like you could easily be taken off your feet. 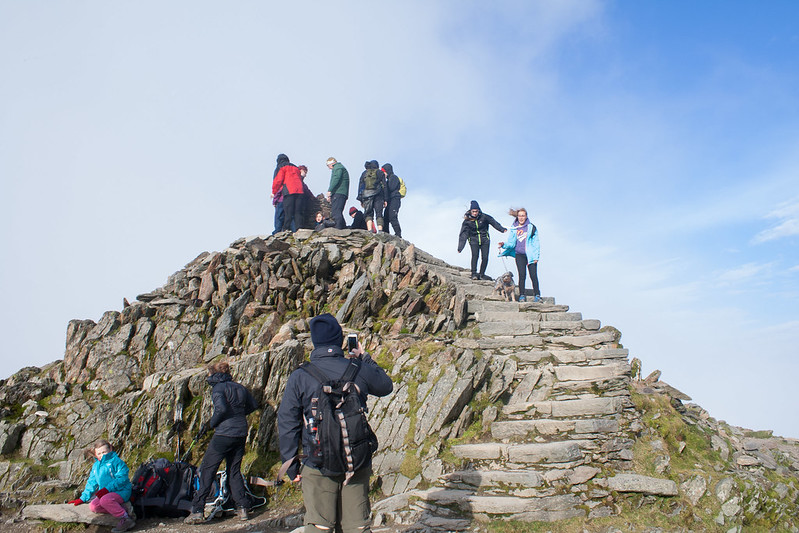 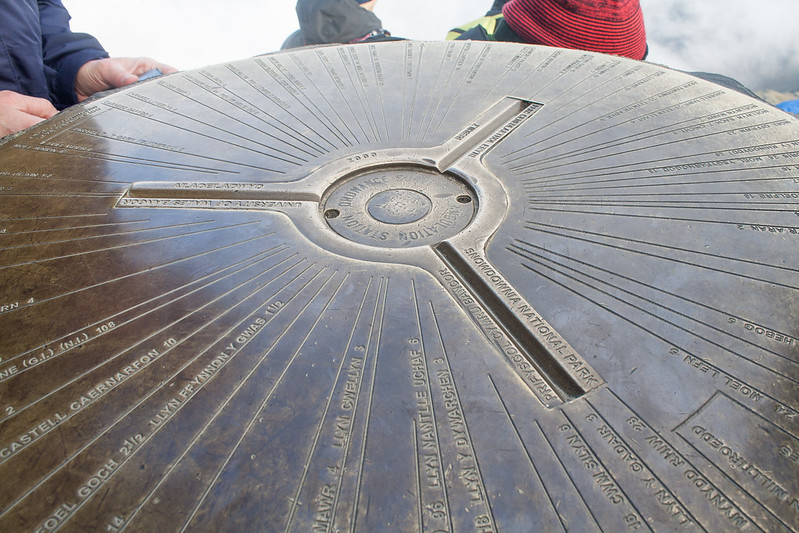 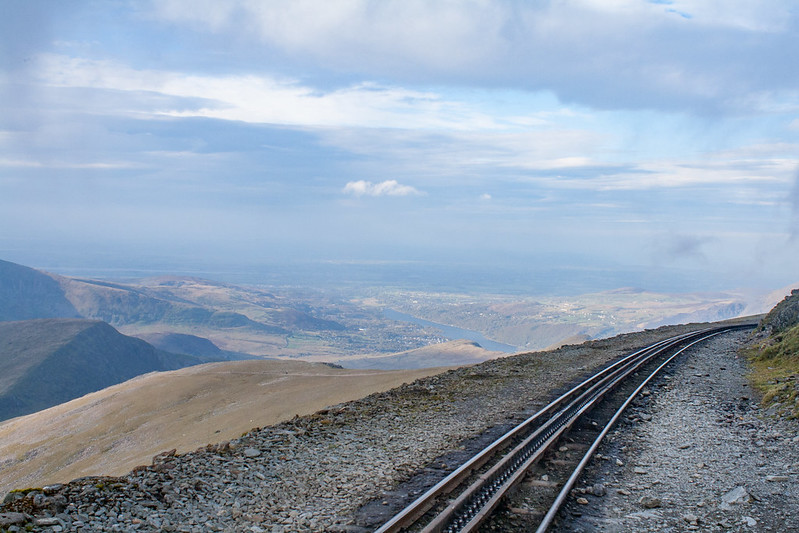 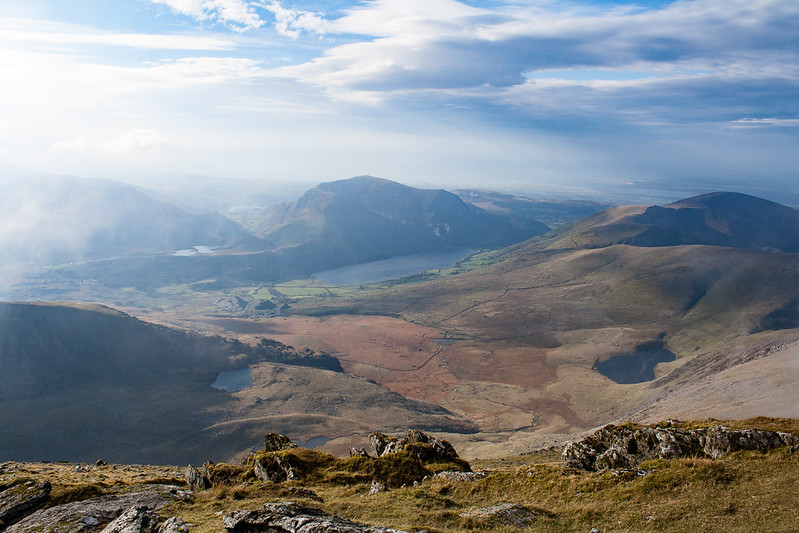 What amazed me was that there were so many young kids there, I’m talking about five or six years old and they were troopers. As we got to the top and were seriously lagging, they were still running about. My Mum and I looked at them in envy, wishing we had that kind of energy after a two and a half hour climb. 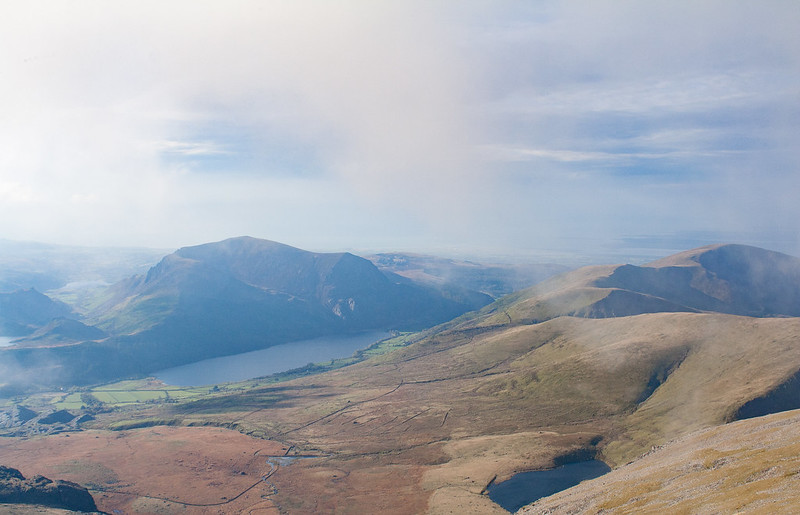 The trek back down was much easier, as you quickly descend onto a flat foot path that runs around the bottom of the mountain, and past the lakes.

It began drizzling just after we got to the bottom of the path, so I didn’t take any more photos. It was that fine drizzle, that British people are all too familiar with; the kind that seems pretty harmless, but gets you soaked through.

We reached the bottom as the light faded, and then, to my annoyance, had to wait 40 minutes cold, and wet for the ‘shuttle bus’ back to the car park.

The car park where the trails start (Pen-y-pass car park) is very small, and fills quickly. Instead, you’re supposed to park on a car park about 3 miles down the road and get a shuttle bus back and forth. When I say a shuttle bus, what do you imagine? You probably think of a bus that runs every 20 minutes, maybe 30 at a push? Nope. Snowdonia’s bus service runs every hour, which is terrible frankly, especially given that it was half-term and busy.

If you want to avoid having to get the shuttle buses, get there as early as you can so you can get a spot on the Pen-Y-Pass car park or in the lay-bys near by.

Despite the sucky shuttle buses, we had a great day and it’s quite nice to be able to say that I conquered the tallest mountain in Wales. My phone tells me that the ascent is the equivalent of climbing 190 floors – it felt like a lot more than that to me.

It took us just under six hours to climb up and back down again, so it’s something that can easily be done in a day. Though, as you get into winter you might struggle to do it all during daylight.

If you’re thinking about conquering a mountain, Snowdon is well worth the climb. Make sure you pack plenty of food and wear lots of light layers to keep yourself warm and dry.

Have you ever climbed a mountain?