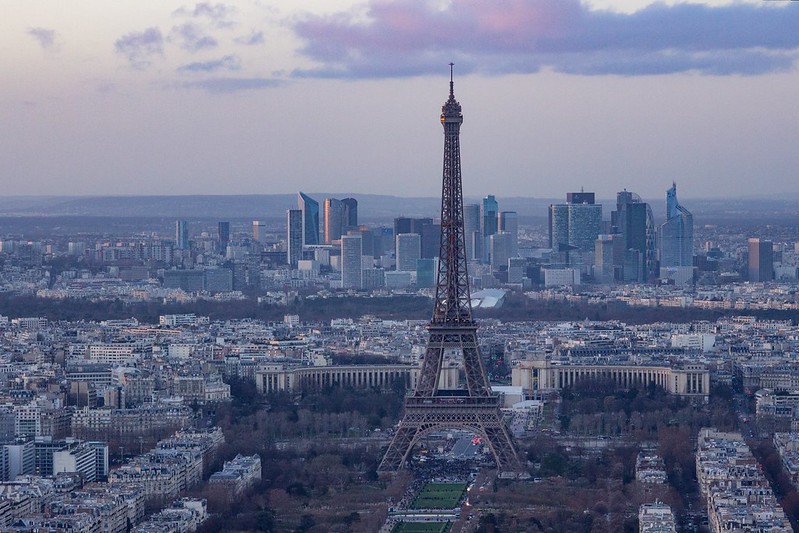 We managed to pack a lot into 6 days in Paris, so here’s a quick overview of our itinerary. I’ll be doing individual posts about some of the things we did and places we saw, but for now, here’s a short look at everything we crammed into our stay in Paris and Disneyland. 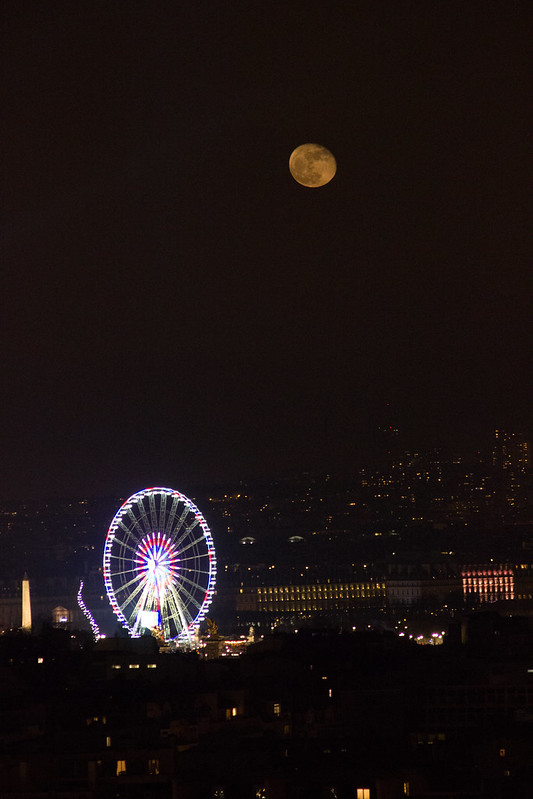 We got an early morning flight out from Birmingham to Charles de Gaulle, took a train into Paris city centre, and arrived at the Mecure Tour Eiffel for around 2pm.

On check in, we were told we’d received a free upgrade which was a wonderful way to start our holiday. We dropped our bags off, and headed straight out to the Eiffel Tower, which was just a few hundred meters away from the hotel. Tom was feeling energetic, so we walked half way up (the top was shut) the Eiffel Tower, and took in the moonrise over Paris, which was wonderful. 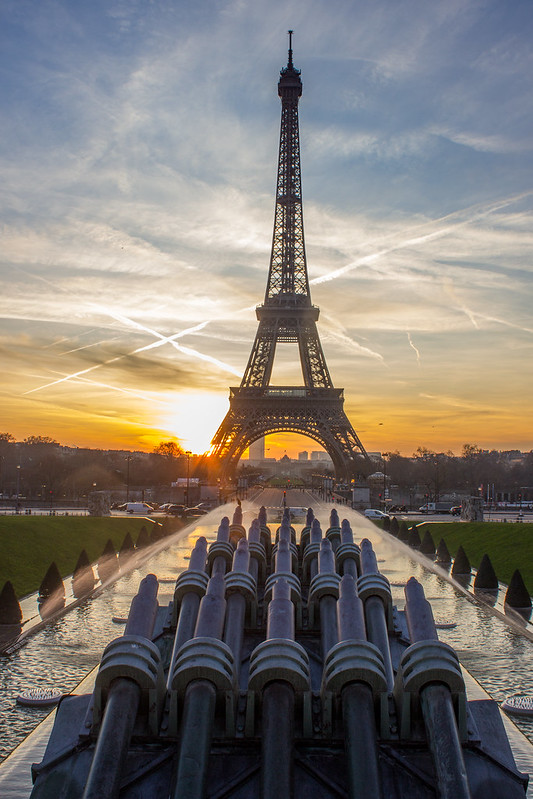 We had great intentions of getting up early on Monday morning to watch the sunrise behind the Eiffel Tower, but it didn’t happen. Happily, I discovered that when I pulled back the curtains at 08:20, the sun wasn’t quite up yet – I had completely forgotten about the one hour time difference between England and France.

Tom was showing no signs of getting up, so I grabbed my camera and raced to the Eiffel Tower to capture the sunrise –  I wasn’t the only one who had the same idea because there were quite a few photographers there. I’d forgotten just how stylish and photogenic Paris is. 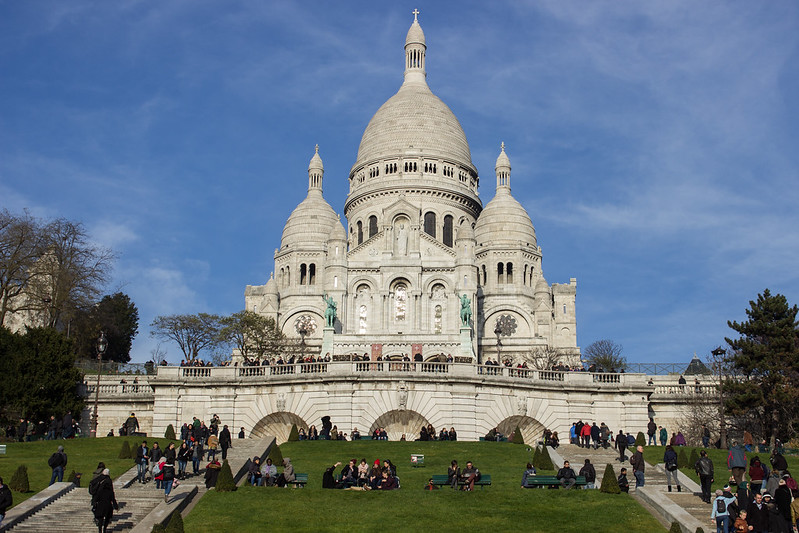 I went back to the hotel, dragged Tom out of bed and we stopped at one of the Christmas stalls on the Champs Elysee for breakfast before catching the metro out to Sacre-Coeur. While the building itself is a beautiful, and the view is breathtaking, our trip to Sacre-Coeur was tarnished by the sheer amount of scammers and scumbags around the site. There are a couple of paths that go up to the building, and there were groups of men trying to block the paths so that you’d have to interact with them. A couple of them tried to grab Tom’s wrist and tie a string bracelet around it (I think it’s so they then demand money for it), which was quite intimidating and we didn’t feel entirely relaxed there after that.

After a morning of walking, we did some more walking and went to the Hard Rock Cafe, which is a must wherever we go on holiday. In the afternoon, we went to Pere Lachaise, which is one of the most visited cemeteries in the world. Perhaps a cemetery is a morbid place to visit on your holiday, but I needed to see why so many people visited it. 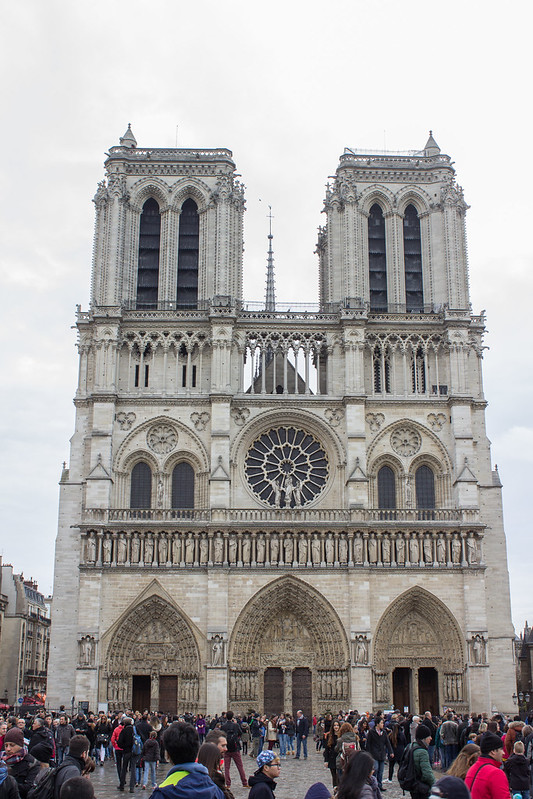 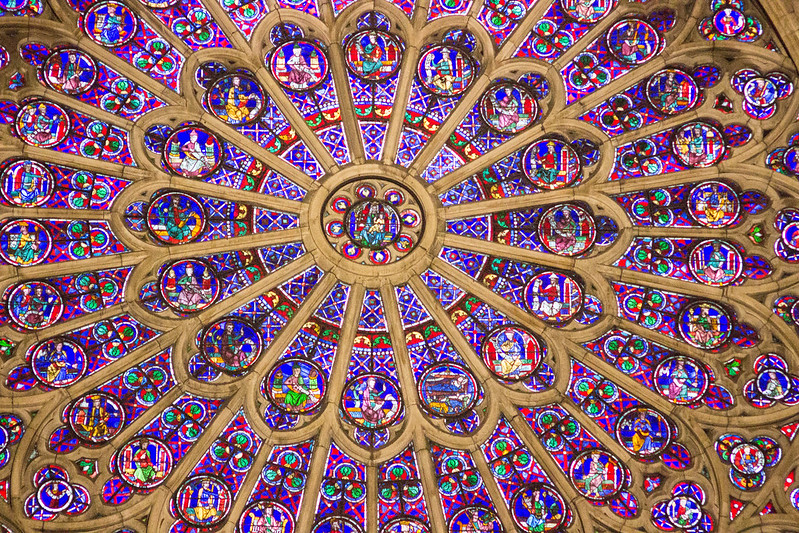 We got up early and caught the train to Notre Dame, which was well worth the early alarm because there was hardly anyone around, and it meant we didn’t have to wait too long to go up the tower. I will definitely do a separate post on our trip to Notre Dame, so all I will say for now is that it is breathtaking and definitely worth getting up early for.

We found a bakery near Notre Dame for lunch and then spent about an hour walking around Shakespeare and Co, which is basically heaven for bibliophiles.

After that, we went to the Pantheon and explored the area around there a little before walking to Montparnasse Tower, which provided us with a beautiful 360 view of the sunset across Paris. 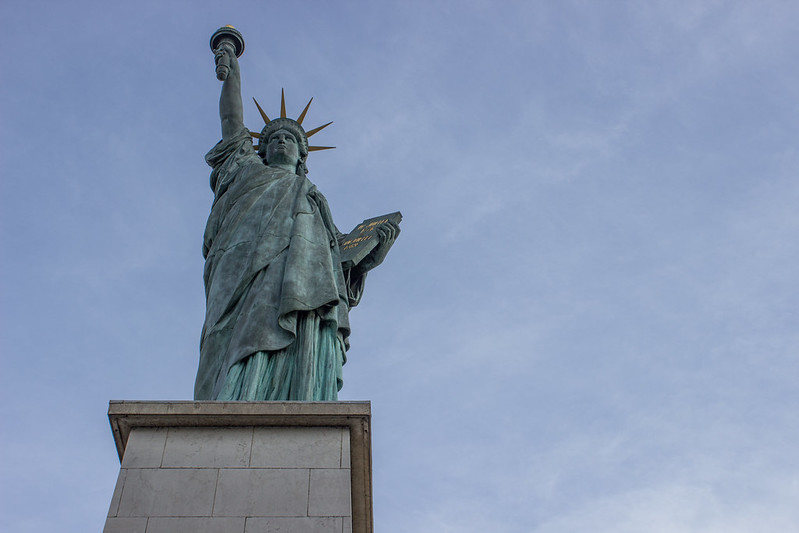 Check out was at noon, which gave us a couple of hours to find the Statue of Liberty and wrestle our cases shut. We caught the RER A out to Disneyland Paris and arrived at the Dream Castle Hotel for about 2pm.

Due to tickets costing around £70 per person, per day over Christmas, we only had tickets to the park for Thursday, so we spent Wednesday afternoon and evening exploring the Disney village, filling our faces in Planet Hollywood, and watching the new Star Wars film. 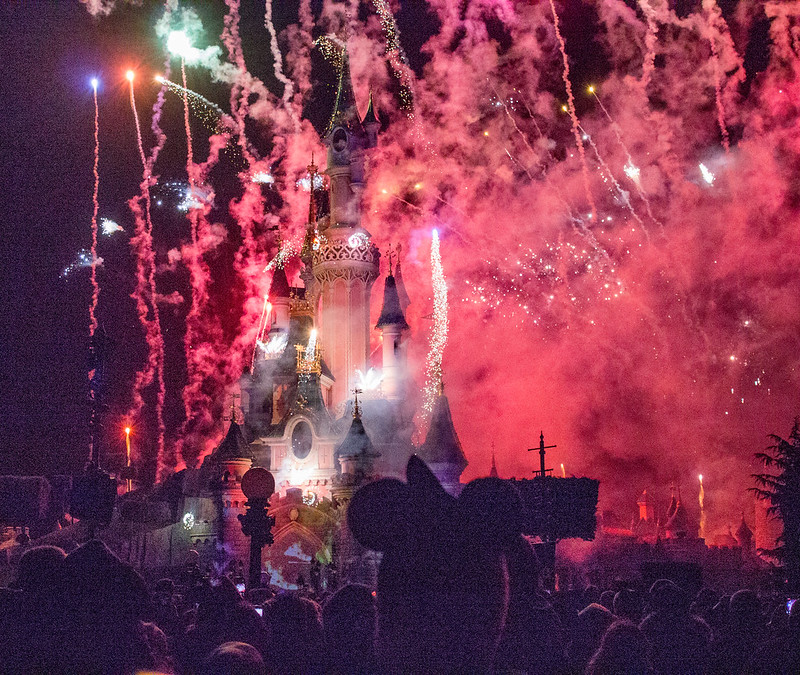 The alarm went off at 6 on Thursday morning as we wanted to make the most out of our only day in the park. By 8am we were full on breakfast (crepes, duh) and were on the free shuttle bus into the park. The downside of being early was that we had to wait just under an hour for the park to open, but it was worth it to avoid an absolutely crammed shuttle bus later on in the morning.

Our first stop was to pick up a PhotoPass+; I thought it would be a good idea, but it actually turned out to be a big waste of money for us. Unless you can go on all the rides covered in the pass (some of them were shut when we went) or are there for more than a day – it’s not worth it. Mostly because Disney photographers aren’t present at all character meets, which I was really disappointed about when I found that out because that wasn’t made very clear. I’ll talk more about that in another post.

With the pass around my neck, we joined the queue to meet Mickey and Minnie Mouse, who were decked out in festive attire. The queue wasn’t really that long but it took us well over an hour and a quarter to get our photo taken – mostly because people were taking the mickey (pun intended) having a family photo and then separate photos – I thought that was taking the mickey anyway.

The first ride we got around to going on was Space Mountain, which made us both feel far too old for roller coasters. We both got off looking green around the gills and took the next few hours easy. We watched a couple of parades and milled around until midnight where we rung 2016 in with fireworks at the castle.

We got back to the hotel around 2am in the morning and hastily rammed everything into our cases. It was another early morning to catch the TGV into CDG to get our lunch time flight home.

This is the second time I’ve been to Paris, and there are still things I’d like to go back and see – I always thing it’s nice to leave a city wanting more.

Where are you hoping to travel to this year?

How cheaply can I travel to & stay in Banff / Jasper, Canada?