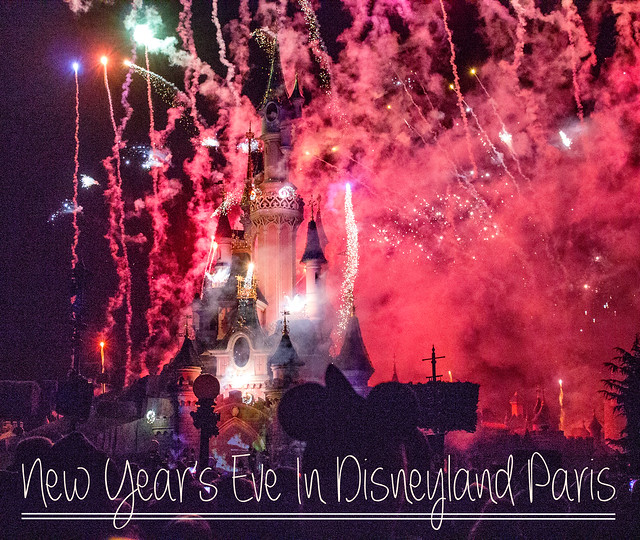 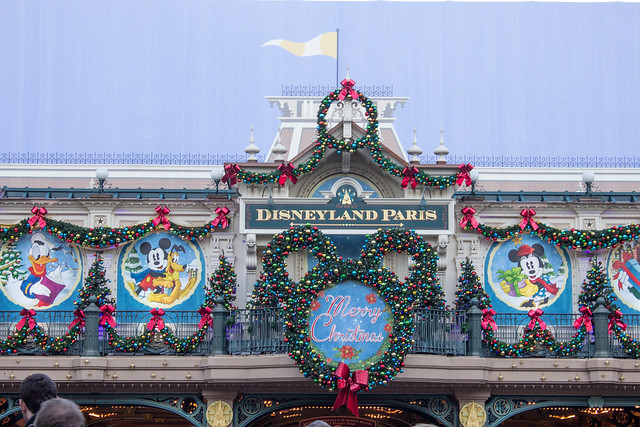 I am not a huge fan of New Year’s Eve to be honest and it was a complete accident that I ended up in Disneyland Paris for New Year’s Eve. I didn’t think about the dates when I was booking it at all and it dawned on me a few weeks later.

New Year’s Eve is part of the high-season, so tickets were £69 each for both parks. That meant getting up early and queuing outside the park gate for 08:30 to make sure I made the most of it.

One of the first things I did was pick up a PhotoPass+. I though it was a bit pointless for just one day because there aren’t Disney photographers at every character meet; if you’re there for more than one day, or you’ve got little ones who want to go to a lot of character meets then it’s worth it.

Unsurprisingly on New Years’ Eve, the queue to meet Mickey and Minnie Mouse was pretty long. But hey, it’s something I wanted to do; I’ve done it now, so it was worth standing about in the cold grumbling about the cold and how slow the queue was moving (in true British fashion). 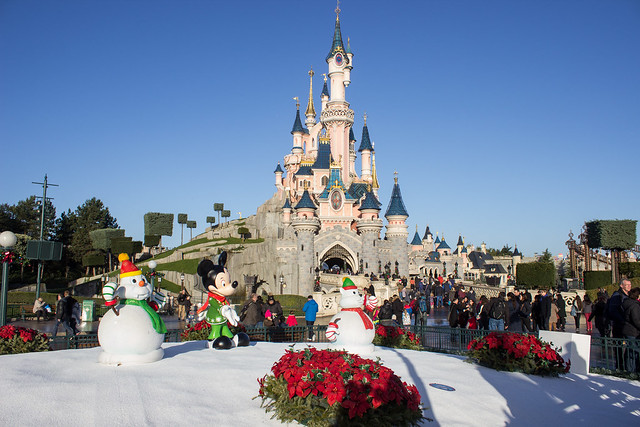 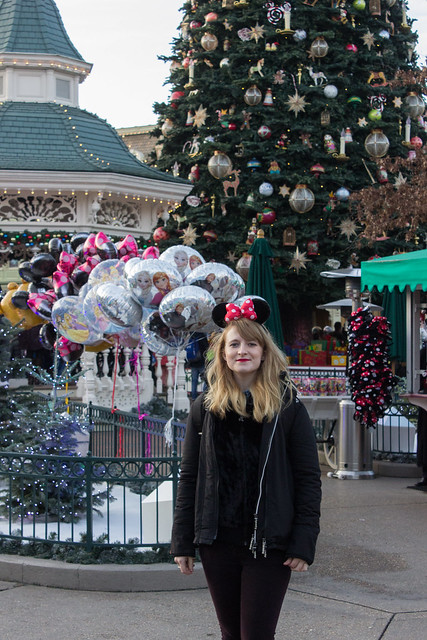 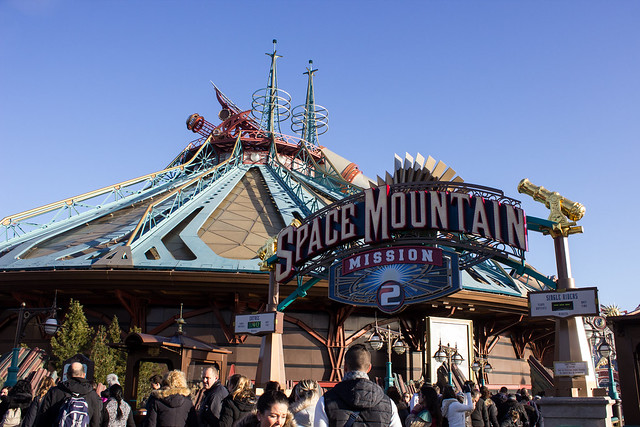 The first ride of the day was Space Mountain, and I regretted it about 10 seconds in. It turns out, rollercoasters are not for me any more and I spent the next couple of hours feeling pretty motion sick. The only other ride I dared go on during the day was Buzz Lightyear’s Laser Blast, which was really fun and there was no fear of vomiting involved. 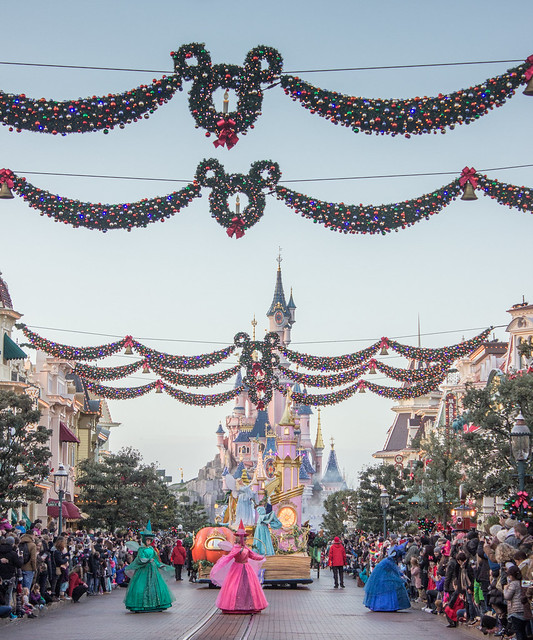 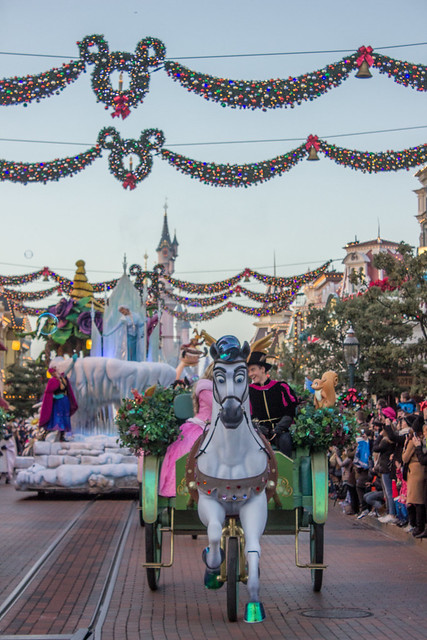 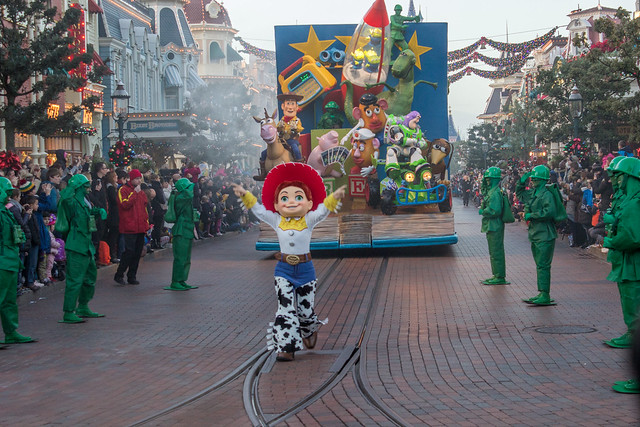 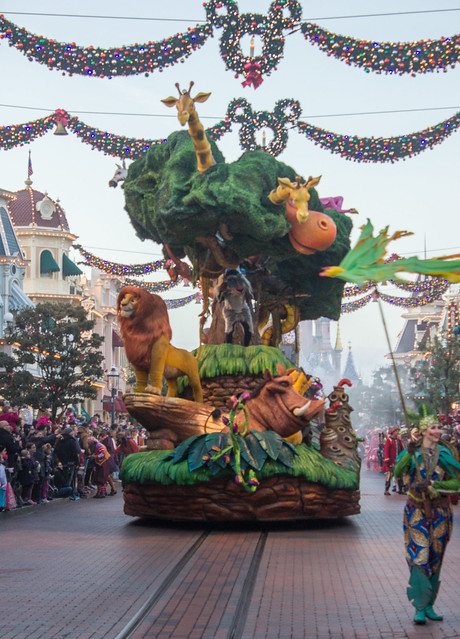 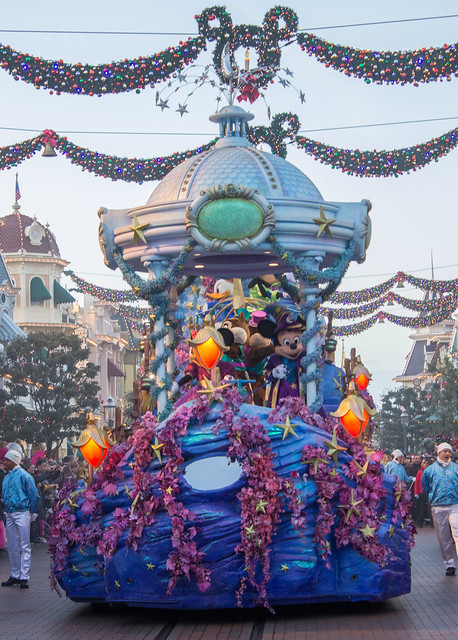 In the afternoon, I watched the afternoon parade and managed to snag a decent spot with a view right down Main Street. If you want to get a decent spot, you definitely need to get there early. On the other hand, if you’re not bothered about the parade, the rest park is going to be pretty quite while it’s on.

Dinner in the park itself wasn’t really an option because most, if not all, the restaurants in the park were doing set menus for New Year’s Eve, which were around 100 Euros per person. As soon as the parade ended, I hot footed it out of the park into the Disney Village, where I ate at Annette’s Diner.

Almost running in public was an excellent choice because within 10 minutes of me sitting down, the queue for tables was out the door. If you’re going to Disney at New Year or at any other time where you need to book at the restaurants in the park, I recommend eating at one of the restaurants in the village as soon as the afternoon parade is over. There were queues at all of the restaurants I walked past in the village until around 10pm, so an early dinner is a wise choice; it’s not like you can’t get a snack later on if you’re feeling hungry later in the evening. 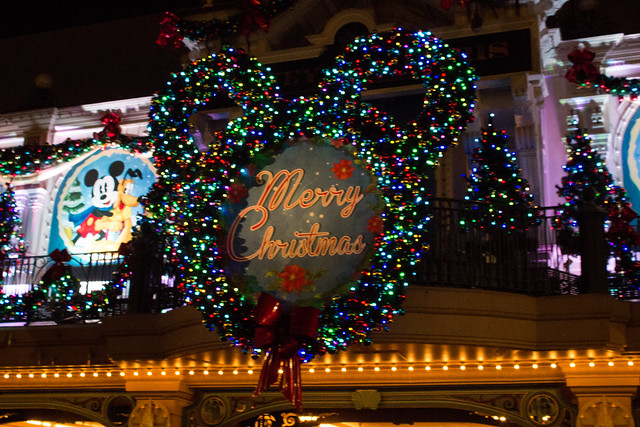 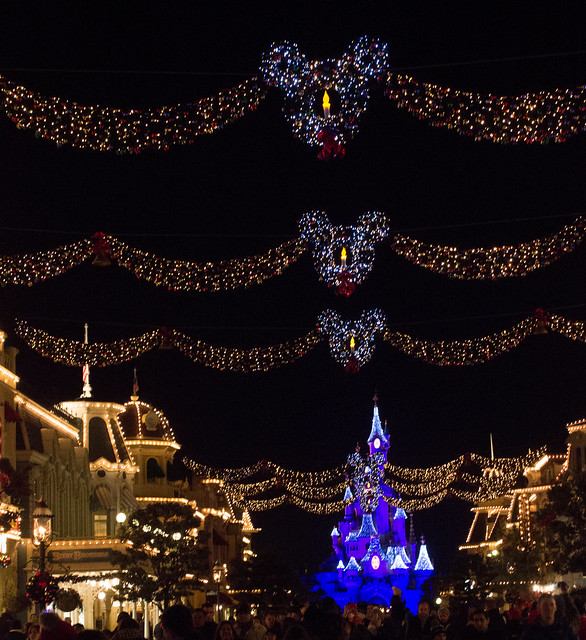 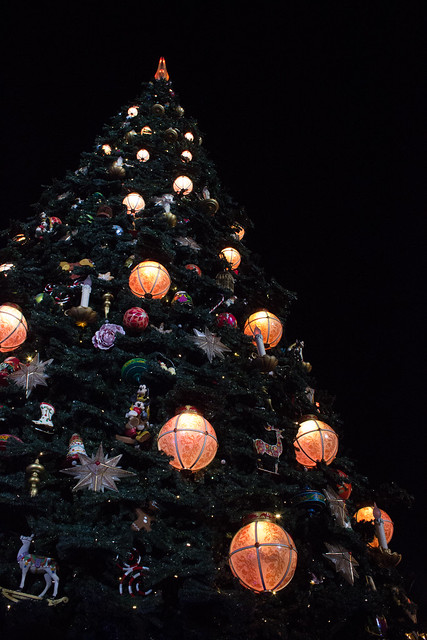 After stuffing myself at Annette’s, the best I could manage was a slow meander around the park before choosing a good spot for the lighting of the Christmas tree. It wasn’t quite as impressive as the afternoon parade, but it was a nice thing to see, even if the references to Christmas felt pretty out of place on the 31st of December. 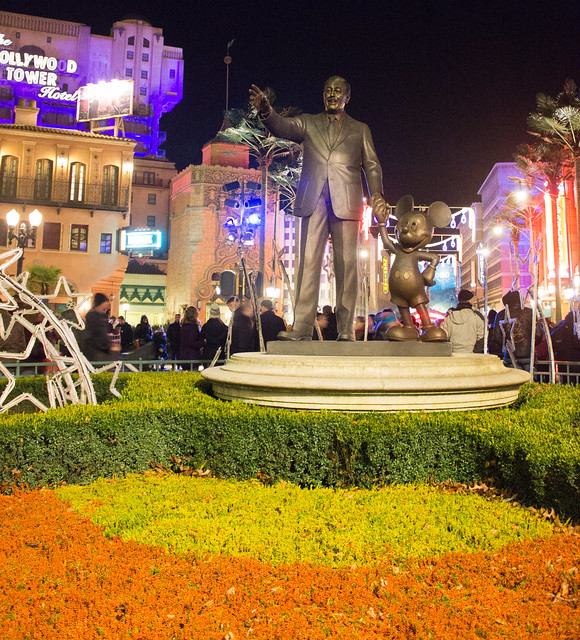 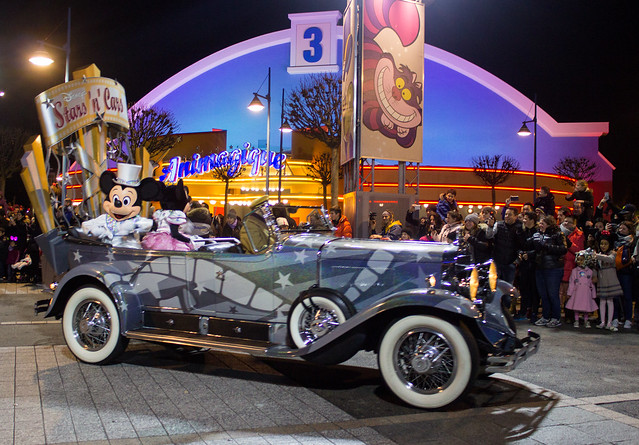 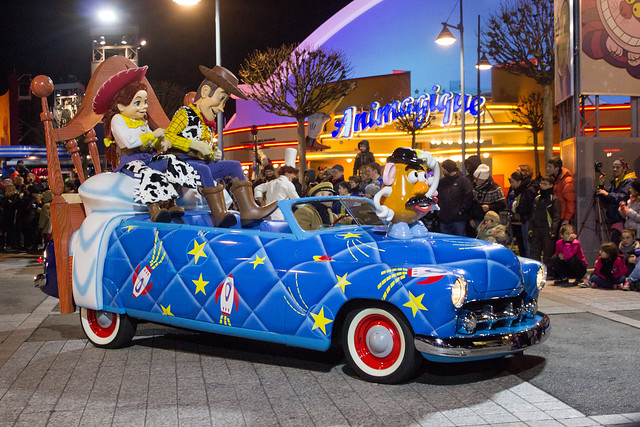 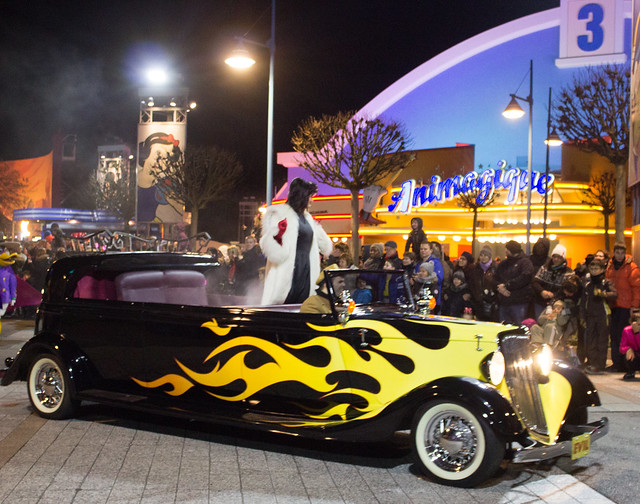 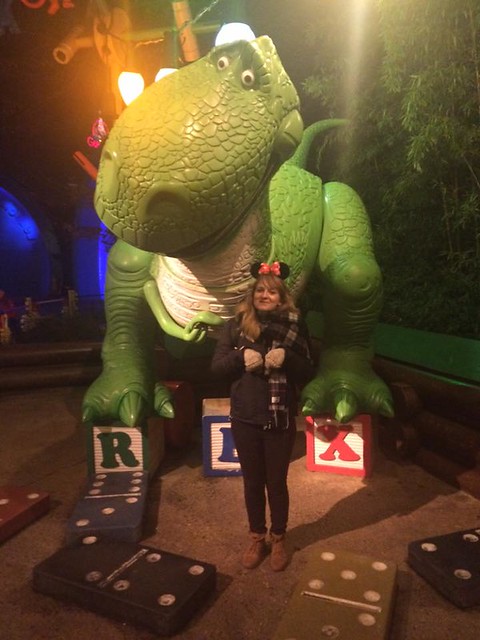 I headed over to the Walt Disney Studios just in time for the Stars In Cars parade, which had characters from Toy Story, Lilo & Stitch, the chipmunks, 101 Dalmatians, and more.

By 9pm, I was feeling brave enough to try another rollercoaster and went on the Rock n’ Rollercoaster ft. Aerosmith. Bizarrely, I didn’t feel ill after that at all which doesn’t make any sense to me because that ride is in the dark and disorientating, just like Space Mountain.

There was an awkward hour and a bit after that when I was at a bit of a loose end because there wasn’t much else to do. Around 11pm, I picked a spot in front of the castle to watch the midnight show and did mini dances to keep warm. Luckily, some guy nearby provided me with some entertainment shouting about how his fireworks were better than Drayton Manor’s and were probably going to be better than Disneyland’s also. 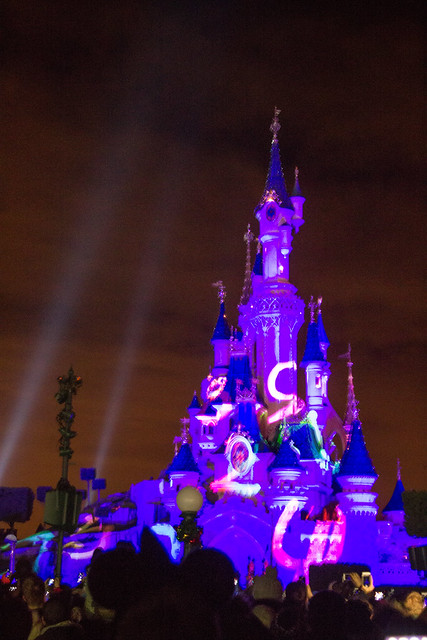 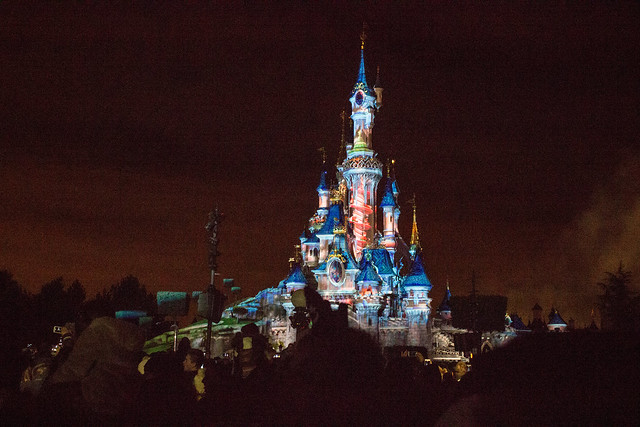 10 seconds before the start of 2016, a countdown was projected onto the castle and as the clock struck midnight, Disney’s Dreams of Christmas show began. Again, it felt a little out of place given that Christmas had been and gone, but it was special and a pretty different way to celebrate the new year. 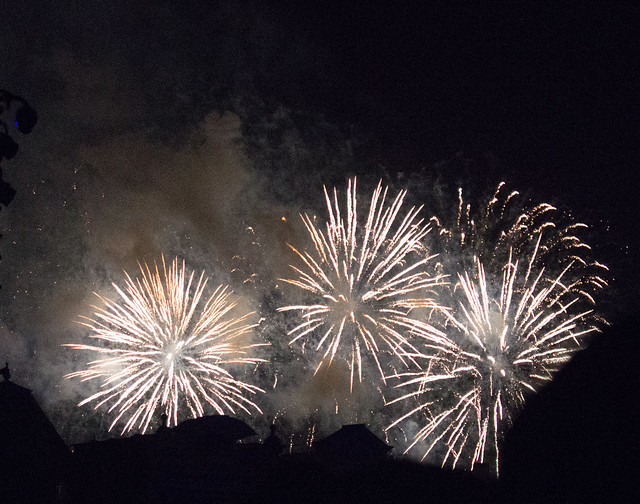 Behind me, I could see the fireworks from the Walt Disney Studios being set off. It was a fantastic way to ring in 2016. 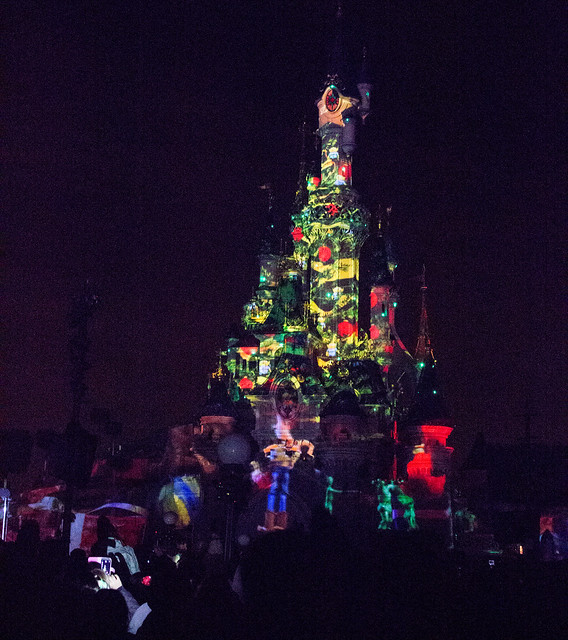 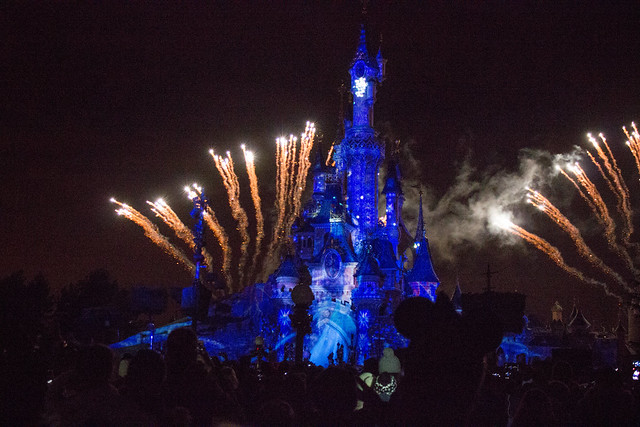 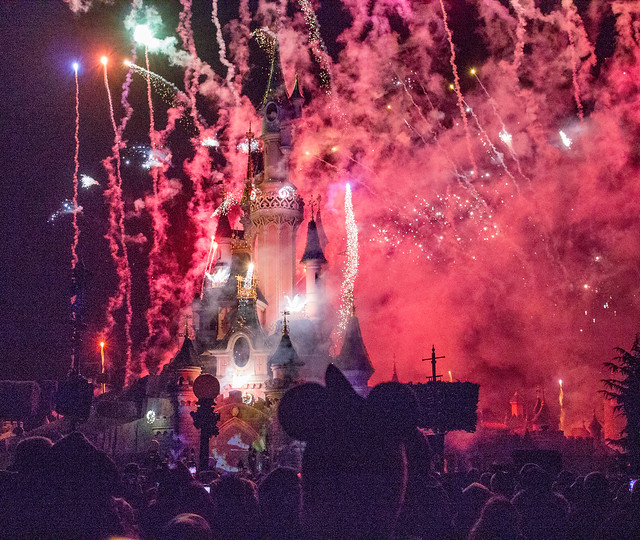 I’m glad I ended up in Disneyland Paris for New Year’s Eve, and I’d definitely recommend it. There’s something quite fun and special about spending the first few moments of a new year humming along to Let It Go with a few thousand other people.

If you’re going to visit Disneyland Paris for New Year, or at any time of the year, here are a few things I found useful:

What did you do for New Year’s Eve?