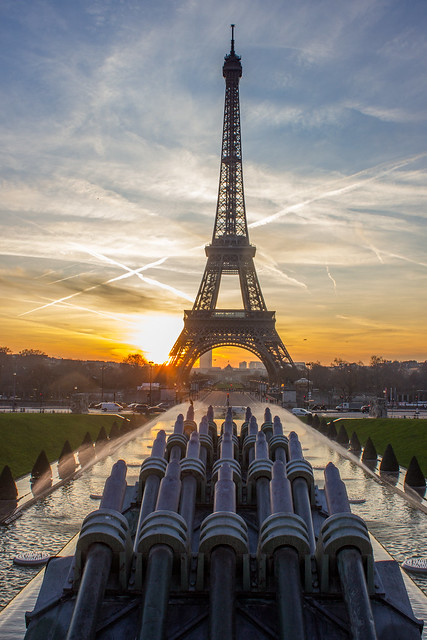 Every time I see a sunset, I make a vow to become a morning person. There’s something so calming and hopeful about watching a new day break, and it’s somehow even better when you get to watch the sunrise behind the Eiffel Tower.

On our first morning in Paris, I had every intention of getting up early to watch the sunrise behind the Eiffel Tower, but I slept through my alarm. Luckily for me, I’d forgotten about the one hour time difference between Paris and England so when I rolled out of bed at 08:20, pink was just beginning to creep into the sky.

I nudged Tom and got a response that didn’t really sound like words, so I got dressed quickly, grabbed my stuff and raced out of the hotel.

We stayed in the Mercure Tour Eiffel, which is about a 2 minute walk to the Eiffel Tower. As soon as you exit the hotel, you can see it imposing on the skyline, dominating everything around it. 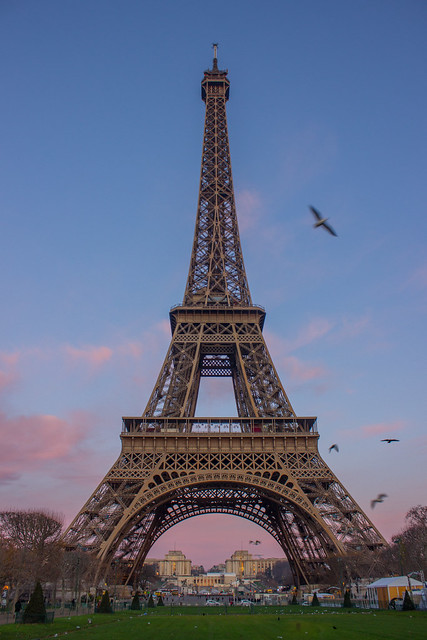 Unlike the night before, Champ de Mars was free of men selling tacky light up statues and probably stolen bottles of wine. Instead, the odd tourist milled around, faces full of joy as they watched the sky change colours behind  the Eiffel Tower. On the grass, birds picked at the bits of hot dog and churros left on the floor by people who had been enjoying the market the night before.

On the other side of the road, at the Jardins du Trocadero, was where the photographers were out to play. Everyone there had tri-pods and DSLRs; I was pretty sure that if you were to turn up with a compact camera you would have been stared at until you burst into flames. 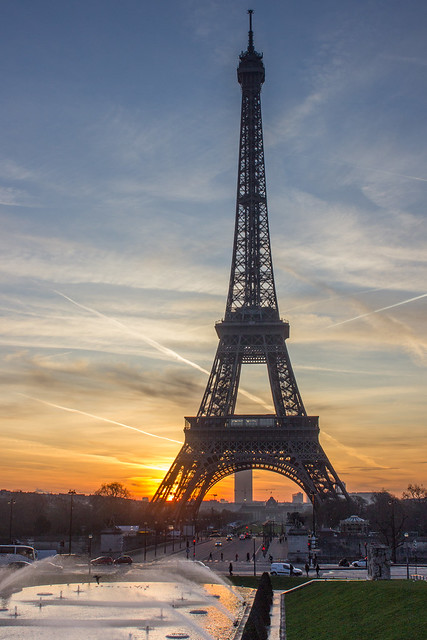 I’ve seen so many photos taken from the same place and I don’t think I will ever get enough of them. Seeing the Eiffel Tower standing strong against a flaming sky was one of those moments that filled me with bliss; I felt privileged to be watching the sunrise while around me, locals were too preoccupied with getting to work on time. 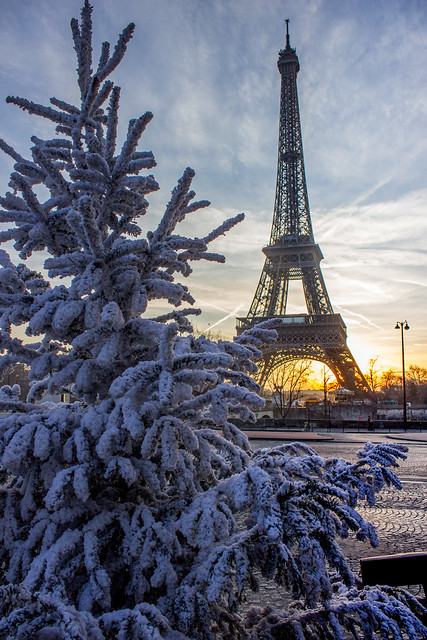 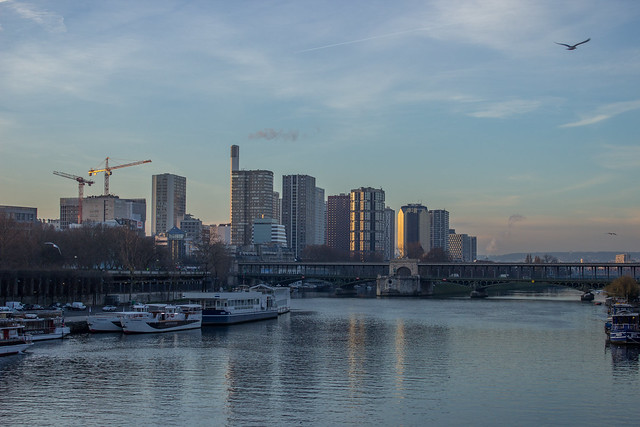 That’s one of those things that I always think about whenever I visit somewhere. All around you, the locals are hurriedly getting on with their lives; maybe they’re running late for work and haven’t had time for breakfast, are thinking about what they’ve got to do today, or perhaps they’re excited about seeing that guy / girl they like when they get to school. Meanwhile, you’re taking in every inch of their town or city with hungry eyes and you just can’t possibly understand how they can go about their everyday life and not stop to stare at the beauty that surrounds them.

Are you a morning person?