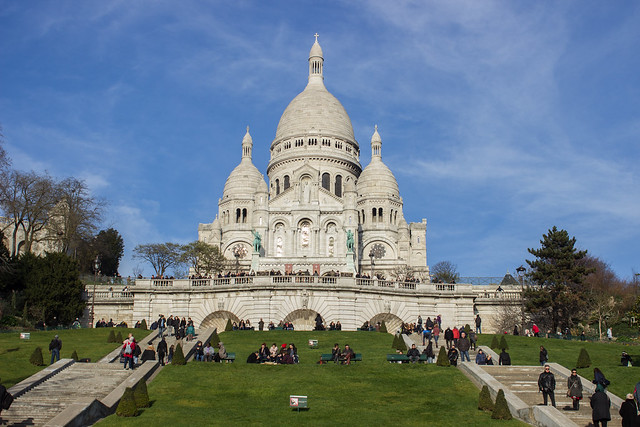 After missing out the first time around, Sacre-Coeur was top of my list of things to do when I returned to Paris at Christmas. 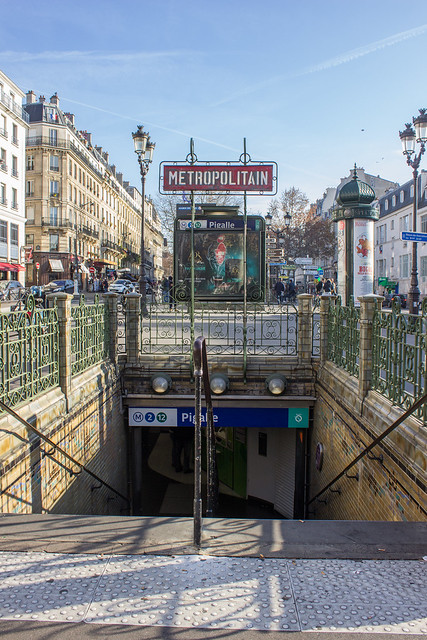 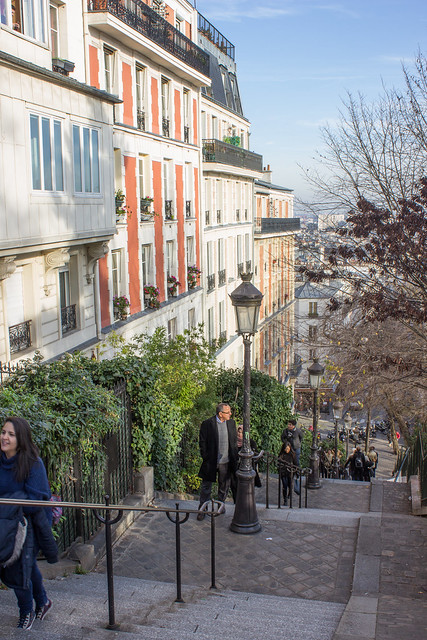 I missed out the first time around because it was so far away from where we were and I refused to take the Metro. This time around, I built a bridge and got over it, and took the Metro. We got off a couple of stops early by mistake and popped out by the Moulin Rouge, which was cool to see.

We walked the rest of the way to Sacre-Coeur, through cobbled streets full of street gamblers trying (and succeeding) to scam tourists.

Sacre-Coeur is beautiful, unfortunately it’s ruined a little by gangs of men who line the pathways up to the basilica and try to stop you passing, grab you, and put a string bracelet on your wrist. It left me feeling intimidated and a little on edge, which ruined my experience a little. 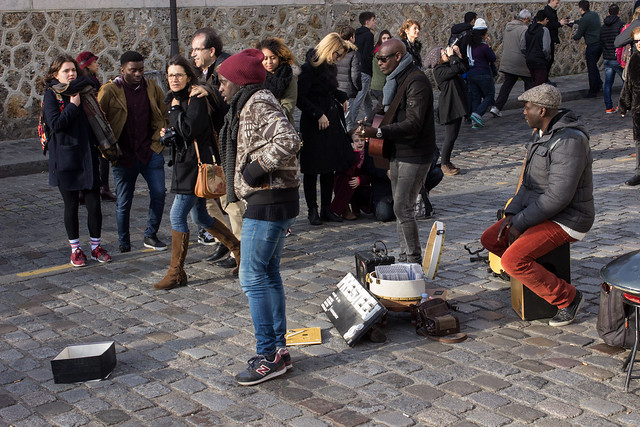 That said, there was a really good band outside playing covers of Tracy Chapman. 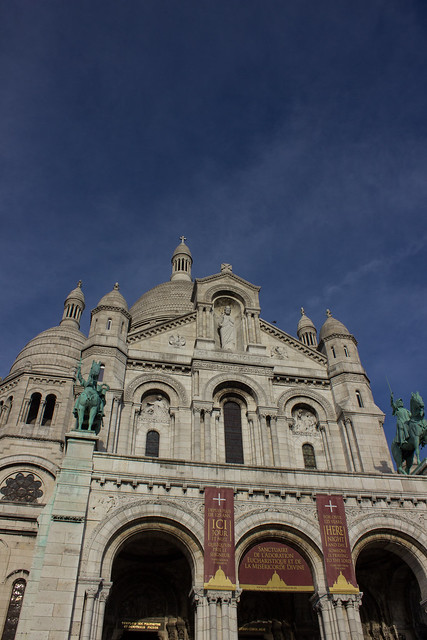 Sacre-Couer is a stunning building, both inside and outside. We weren’t allowed to take photos inside, which is fair enough, and there was a service going on at the time, which was interesting to hear. I think not being able to take photos inside made it more special because there were no distractions. 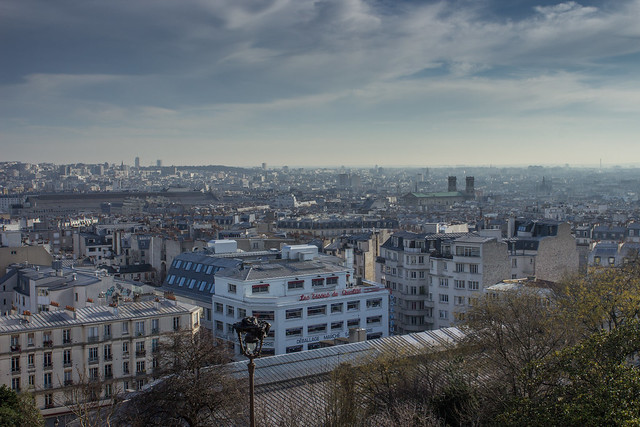 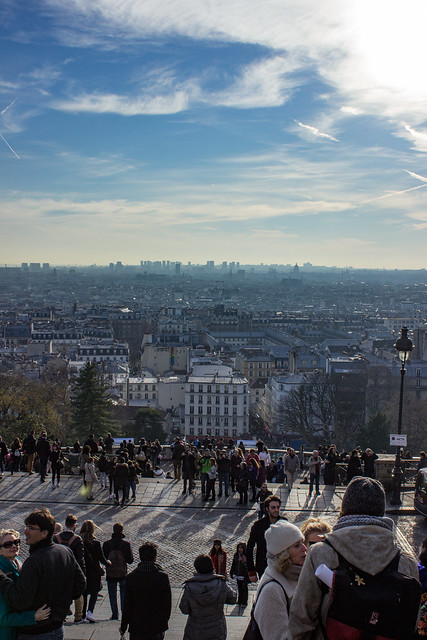 You can go up to the top, but the view over Paris from just outside were stunning enough that we didn’t see the point in going up.

If you have chance, I definitely recommend a trip to Sacre-Coeur but do keep your wits about you on the walk from the main road up to the basilica.