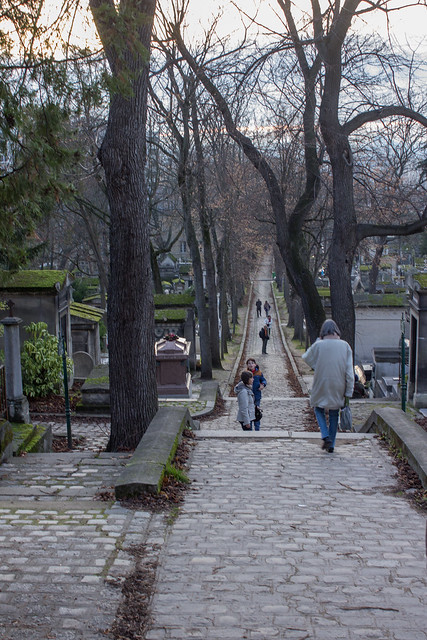 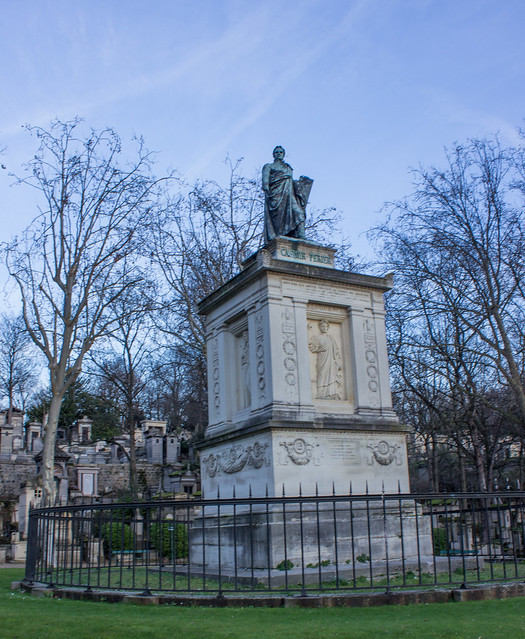 Maybe it’s pretty morbid to visit a cemetery on your holiday, but when I heard that Paris is home to the world’s most visited cemetery, I needed to see Pere Lachaise for myself.

Home to over 1 million interments, Pere Lachaise is the final resting place of the likes of Jim Morrison, Oscar Wilde, Chopin, Victor Noir, to name a few.

What actually made me really want to go was a book; you should have guessed, right? In Anna and the French Kiss, the ‘gang’ visit Pere Lachaise and Etienne tells Anna a story about the grave of French journalist, Victor Noir. 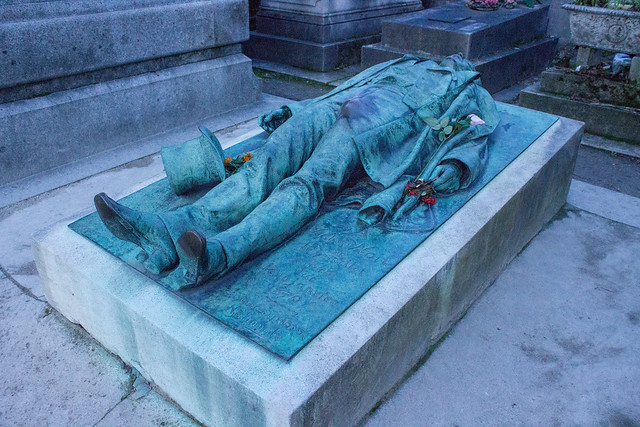 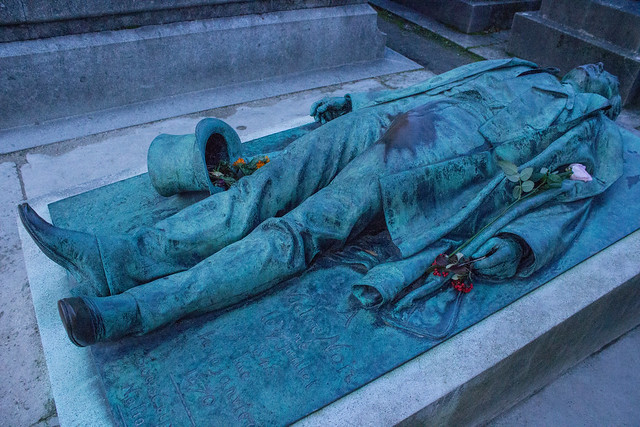 When Noir died, a life-size bronze statue of him lying on the floor was created in memoriam. The crotch area of the statue ended up becoming a fertility and / or romance symbol. Myths say that rubbing Noir’s lips or crotch would enhance fertility, bring someone a husband within a year, or improve people’s sex life. All of that rubbing resulted in the statues lips and crotch becoming shiny and worn.

Upon reading that story, I couldn’t believe it and ended up Googling it. Once I’d confirmed it was true, I just had to see it myself. 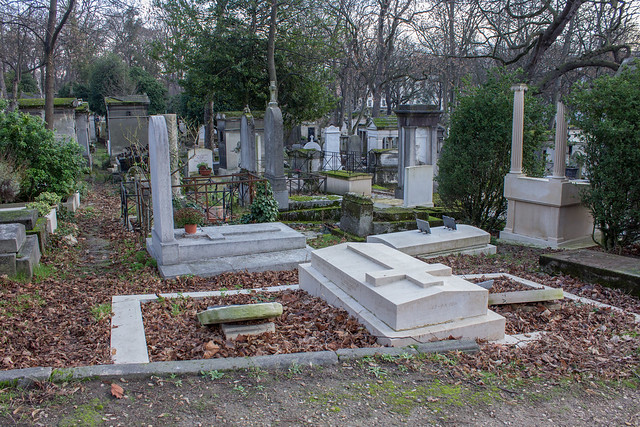 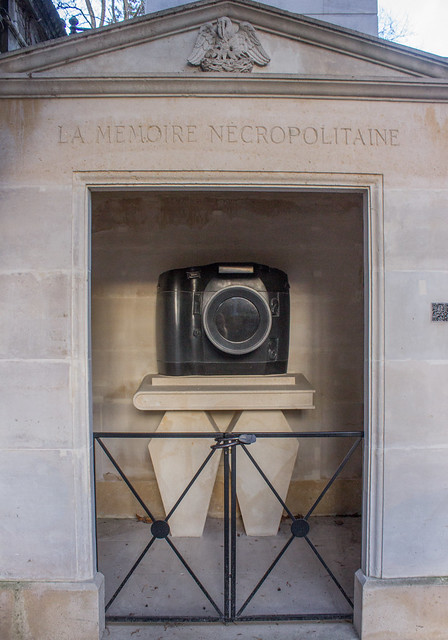 This tombstone caught my eye, firstly because of the giant camera, and second the QR code. Though I didn’t want to drain my interwebs finding out where the QR code went, I needed to know what kind of tombstone has a QR code. From what I can gather, it’s the future tombstone of Andre Chabot, a ‘specialist in cemeteries and funerary art’.

It is kinda weird to visit a cemetery, but I found it really interesting to walk around and look at all the different tombs and wonder what those people or families were like. I’m a chronic overthinker like that.

We probably spend about two hours there and probably didn’t even see half of it – that’s how big the place is. It’s also quite a nice place to walk around (I wonder what that says about a person…), and parts of it boast lovely views over Paris too.

Have you ever been to Pere Lachaise?