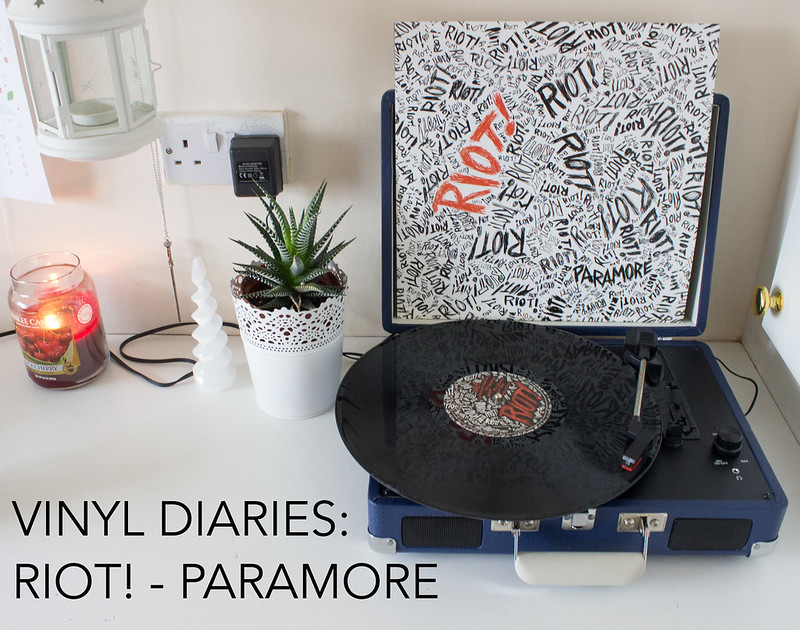 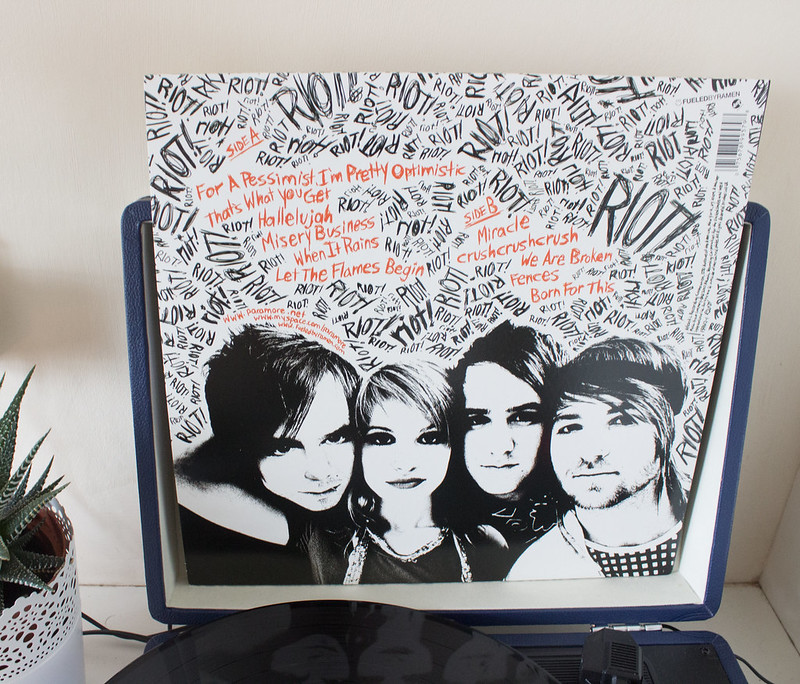 It seems like all I do on vinyl diaries is fangirl about Paramore…#SorryNotSorry. Here’s me fangirling about Paramore’s second album, Riot.

If you’ve been reading my vinyl diaries posts for a while, you’ll know I love to talk about what an album reminds me of, and why should Riot be any different?

…That red coat by the way, is “the Elmo coat” I referred to in my Spring wardrobe update. 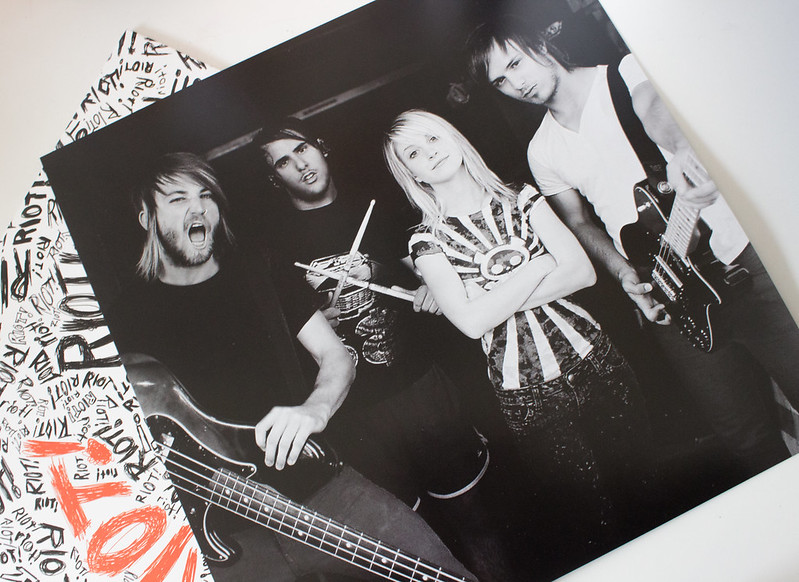 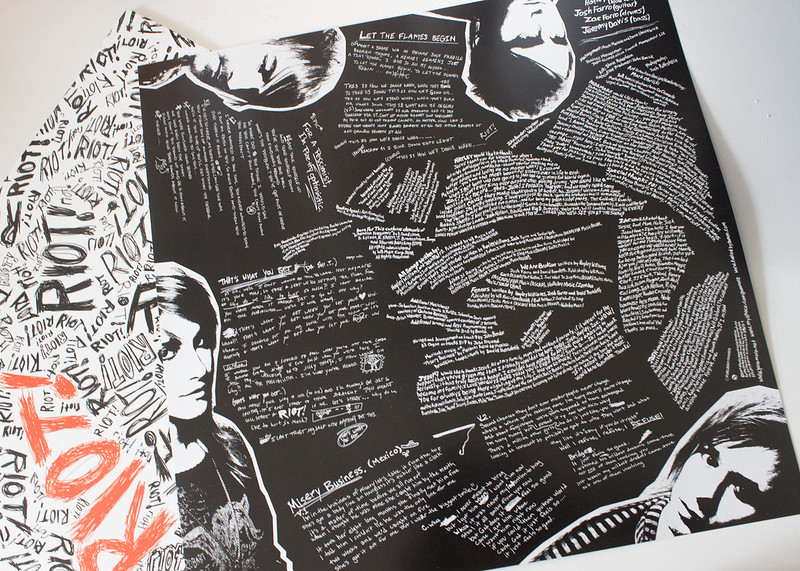 When Paramore announced that they were reissuing Riot on vinyl last year, it went straight on my Christmas list as the cheapest I’d seen originals for was about £80. It’s nice to be able to listen to one of my favourite albums on vinyl after all this time.

What have you been listening to lately?