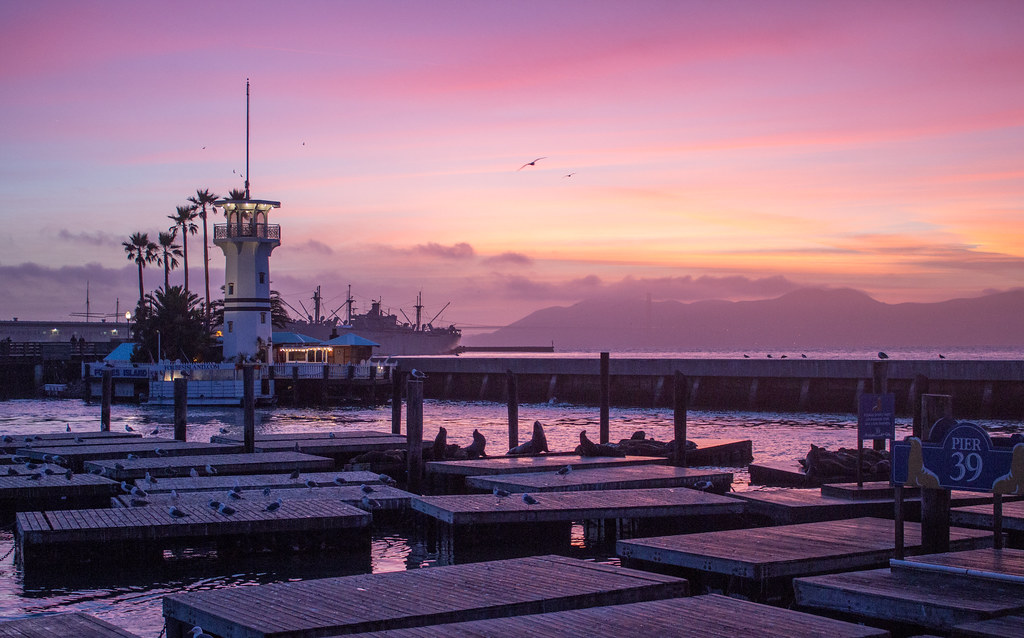 When I was little, my Nan and I always used to read a book about how the beautiful colours in the sky at sunrise and sunset are created by dragons, and this vibrant San Francisco sunset took me right back to that book. (If anyone knows what this book is called, please tell me because I can’t remember!)

There are specifically two things I love about sunsets:

Even on a busy pier, full of tourists watching sea lions bark at each other, the world still seems a little quieter and I love that. I love that people come together and stare in awe at something that happens every night, but they perhaps don’t usually have the opportunity to actually watch it and take it in. 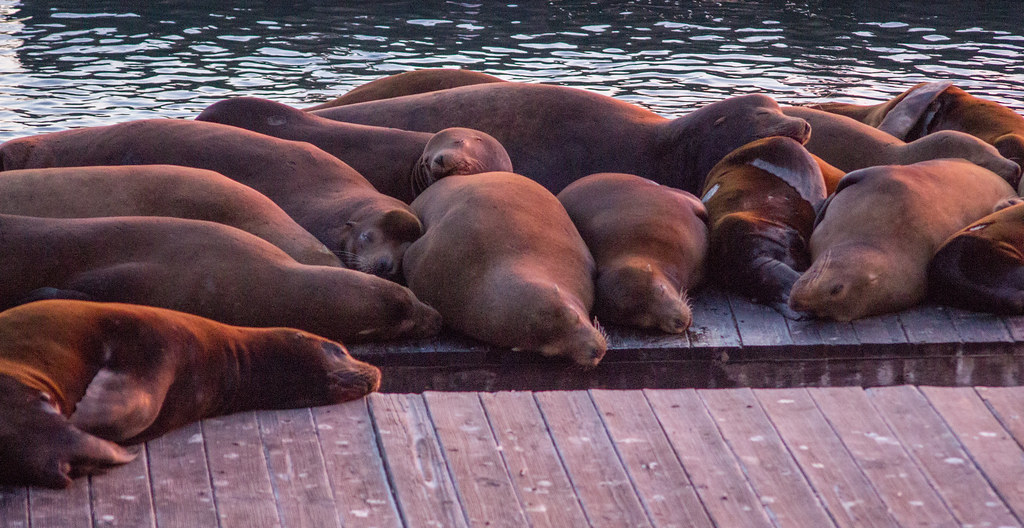 We went down to Pier 39 to watch the sea lions on my first night and it was wonderful watching them loll about, bathed in a pink glow. But it was even better going back during daylight, when some of them were looking slightly active and were winding each other up. And I do mean some of them, because most of them were horizontal having a group kip and were very annoyed when a playful young sea lion was trying to get some of the older, lazier beasts to have a little play. 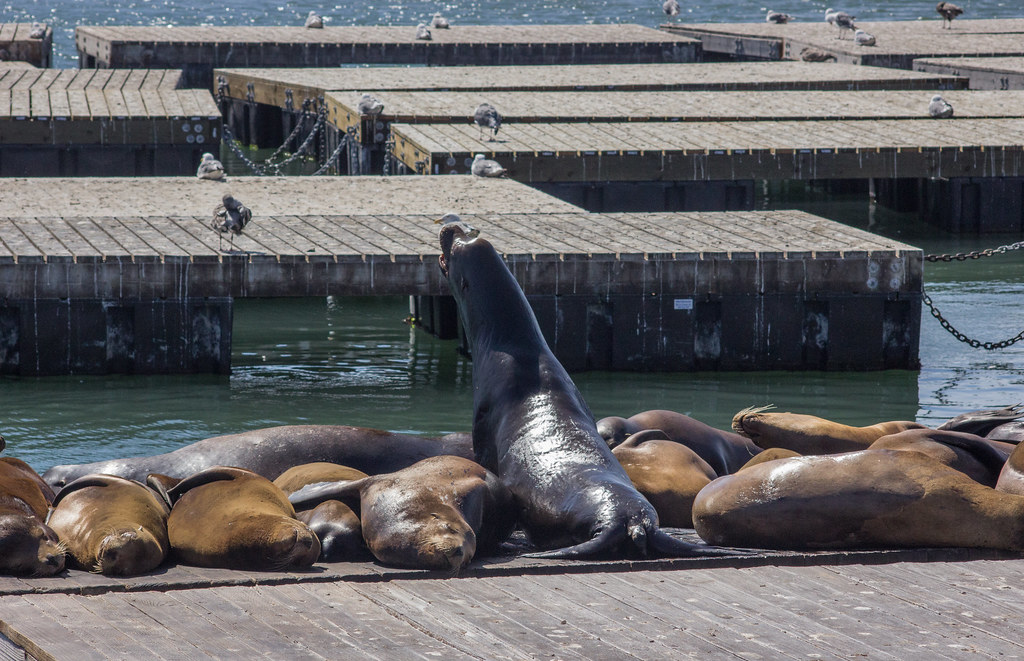 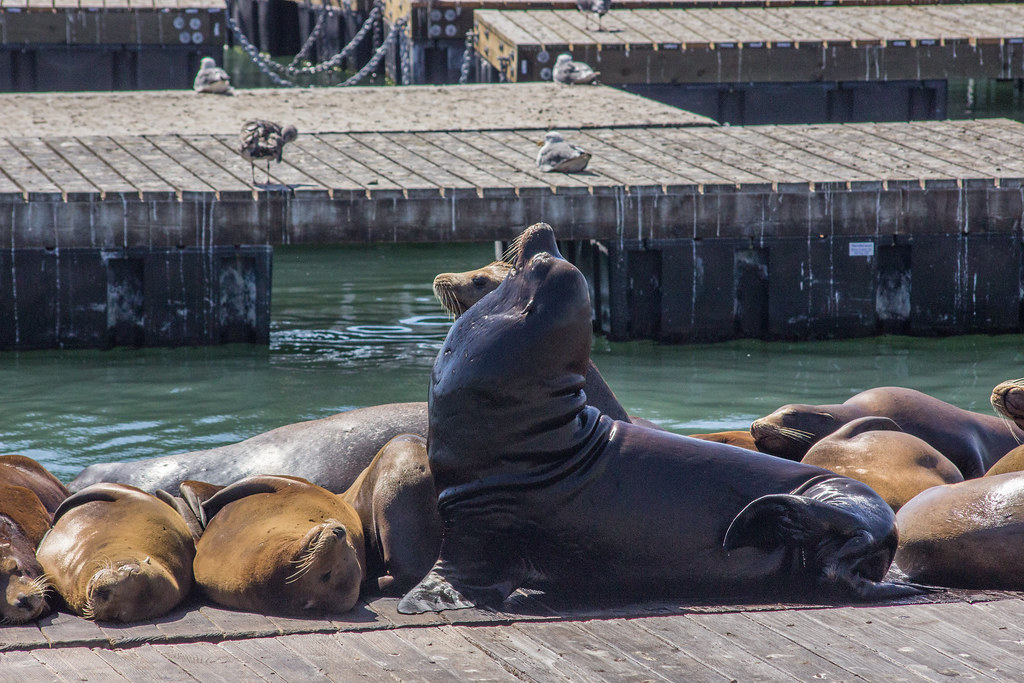 Like this guy here; he was not happy about a mischievous sea lion who kept popping up and poking him, as if saying “come and play with meeee.” 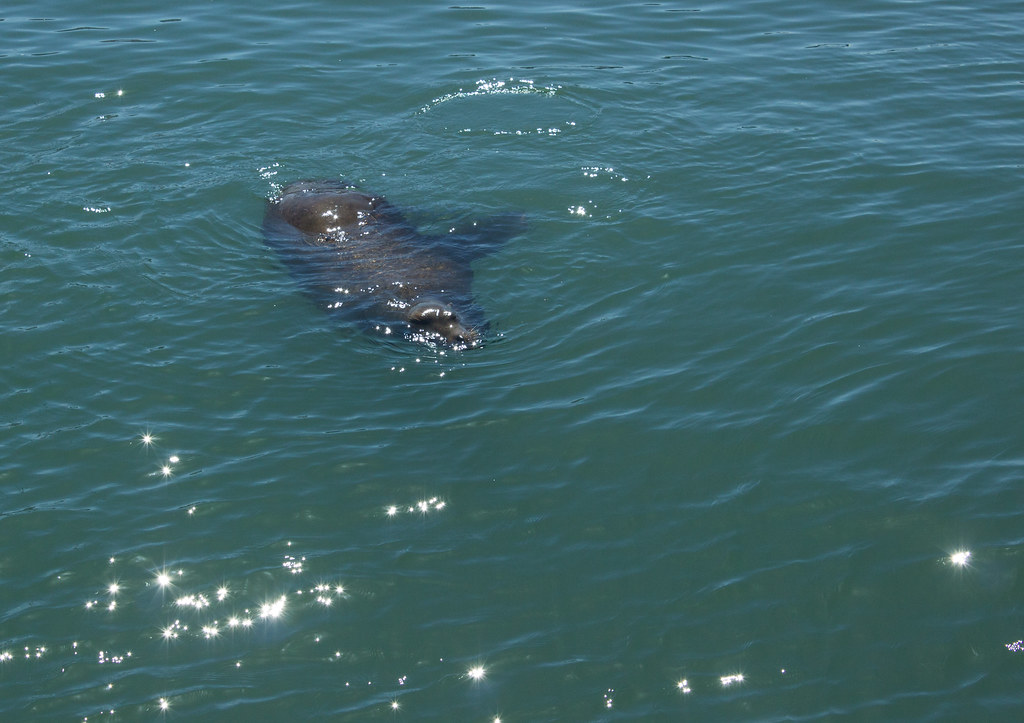 There were a few plaques up around Pier 39 explaining that the sea lions first made Pier 39 their home in 1989, and that, astonishingly, the all-time record for number of sea lions at the pier was 1,701 in November 2009. I can’t even imagine how noisy that must have been. It’s not really that big an area either, so I don’t even know where they all had a snooze.

I could have sat and watched these guys for hours. Of course I’ve seen sea lions before in zoos but it was great to be able to see them in their natural habitat, which seems weird to say when you consider that it’s in a city.

If you ever go to San Francisco, I definitely recommend a trip out to Pier 39 to watch the sea lions for a while. It can get pretty busy around there (because who doesn’t watch to watch sea lions push each other off pontoons?) but it’s worth the crowds. If you’re not headed to SF any time soon, you’re in luck because Pier 39 does have a sealion cam, so you can watch them play from the comfort of your pajamas on the sofa….or at work if your job is soul destroying.