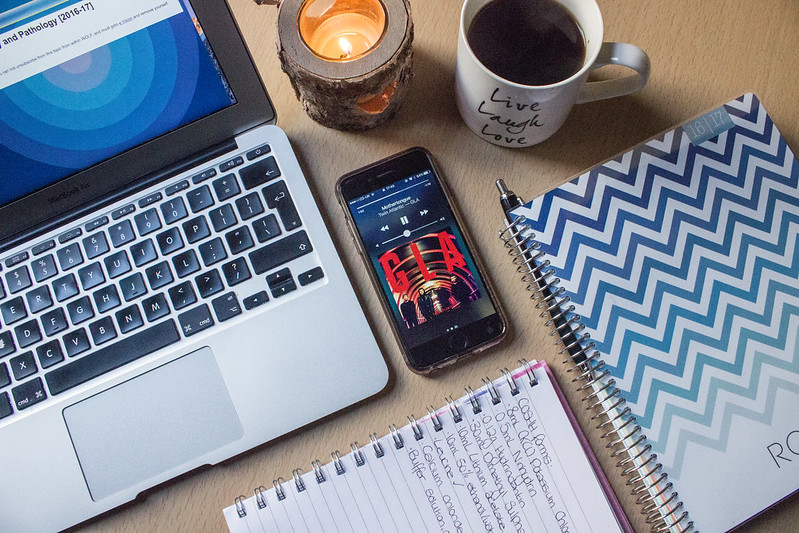 It’s here; my third year of university and right now I am filled with all the enthusiasm. (Though I have zero enthusiasm for all the COSHH forms…)

When I started back to university last year, after taking a 3 year break, my third year seemed so far away. I was so preoccupied with how much I might have forgotten during those three years, or that I might have no idea how to write a decent essay, or pass an exam, that all I could think about was completing my second year.

Second year completed with flying colours and I’m two weeks into my third year. I know this year is going to be a lot of hard work, and feels like it has been already, but the end is in sight.

Over the summer we were assigned our third year projects and I ended up with my fourth choice. I wasn’t overly impressed with it, but it wasn’t the worst project on the list. Happily, I’ve managed to change it to something that really excites me (which is half the battle, right?) so I’m now doing my final project on soil analysis of decomposing pigs trotters.

I’m sure that before I know it, the Christmas break will be here and I’ll be thinking about writing up my project, while attending postgrad open days and putting together applications.

I know this year is going to fly by and I’m really proud of myself. It’s not often anyone says they’re proud of themselves, but I’m proud of myself for having the courage to do something that seemed so scary, and give up a full-time job and return to university. I’m also proud of how hard I worked last year, and I know I could do better to be honest (damn you, Pinterest!). I’m not going to lie, I have had nightmares about sitting down in an exam room and having no clue how to answer questions already, which is probably a good push to begin revising now.

When I relaunched Girl In Awe I said that I wanted to post twice a week, and I have failed to post anything at all for the past couple of weeks. I do still want to try and maintain two posts a week but I’m not sure how realistic that is yet, so I’m just going to play it by ear and see what time I have left.

Now you know what I’ve been up to, how are things with you folks?