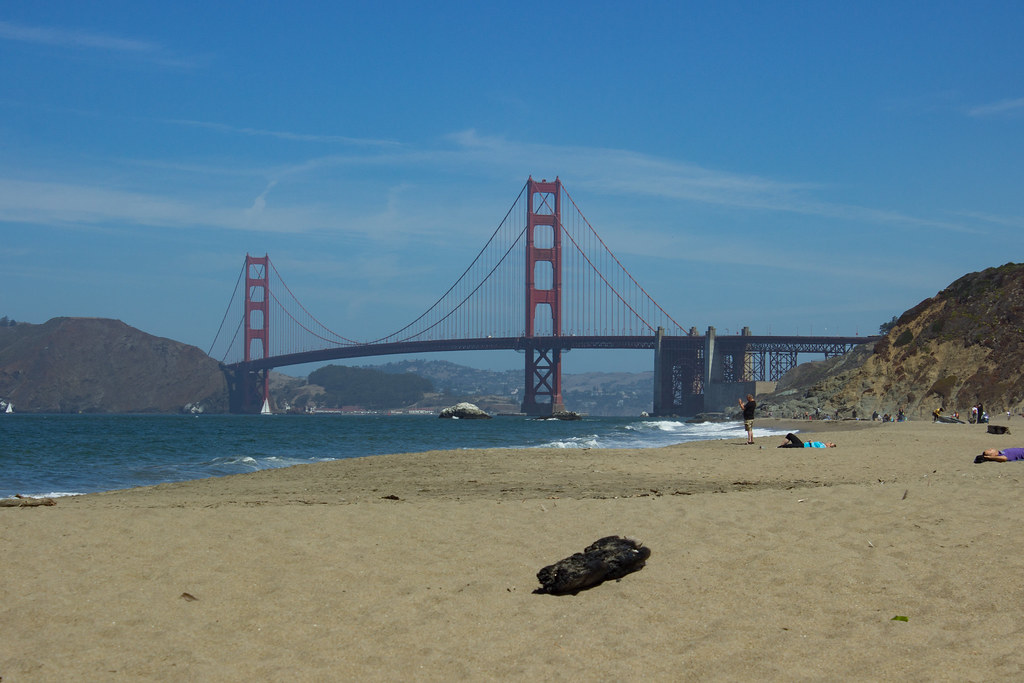 Getting close to something as iconic as the Golden Gate Bridge was a pretty special moment for me. And it was made just a little bit more special by how blase it all felt when you’re stood on Baker Beach.

It was a beautiful sunny day and the sand was just a little be toasty on my feet. There were dogs running around in the sand, people sun bathing; oh, and there was a huge, red bridge at the end of the beach. It felt quite surreal really, like the bridge almost blended in; as if the beach were saying “Oh yeah, that? Yeah, we’ve got the Golden Gate Bridge.” 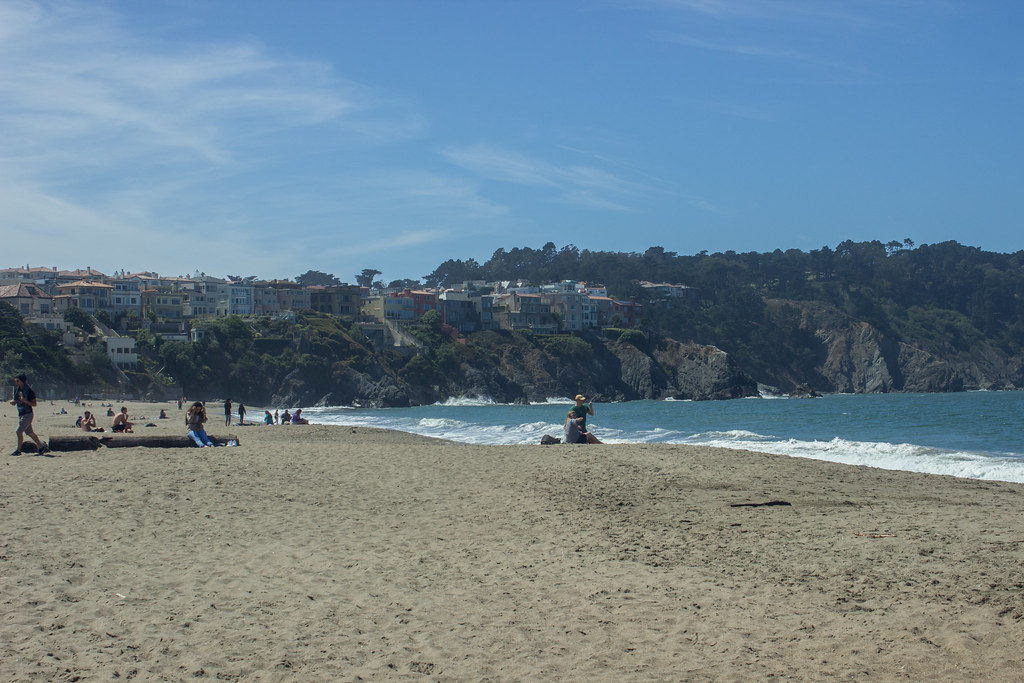 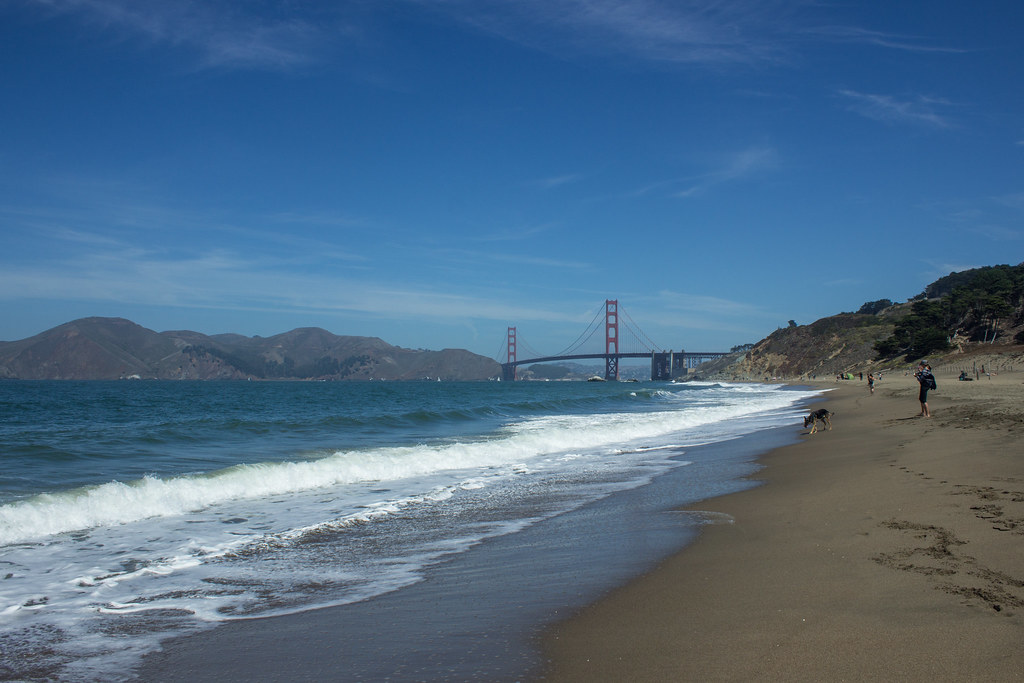 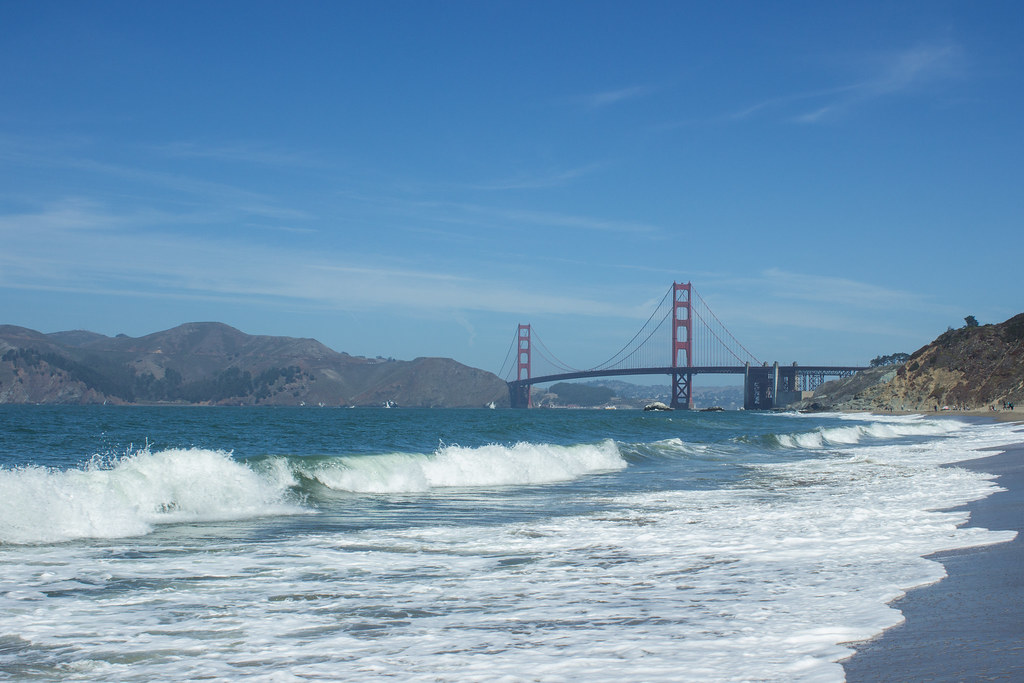 We visited Land’s End Park first and got to Baker Beach around noon on a weekday, and it was surprisingly quiet. Of course there were fellow tourists taking photos of the beach, but the majority of people appeared to be locals who didn’t seem at all fazed by this monstrous structure dominating their view. 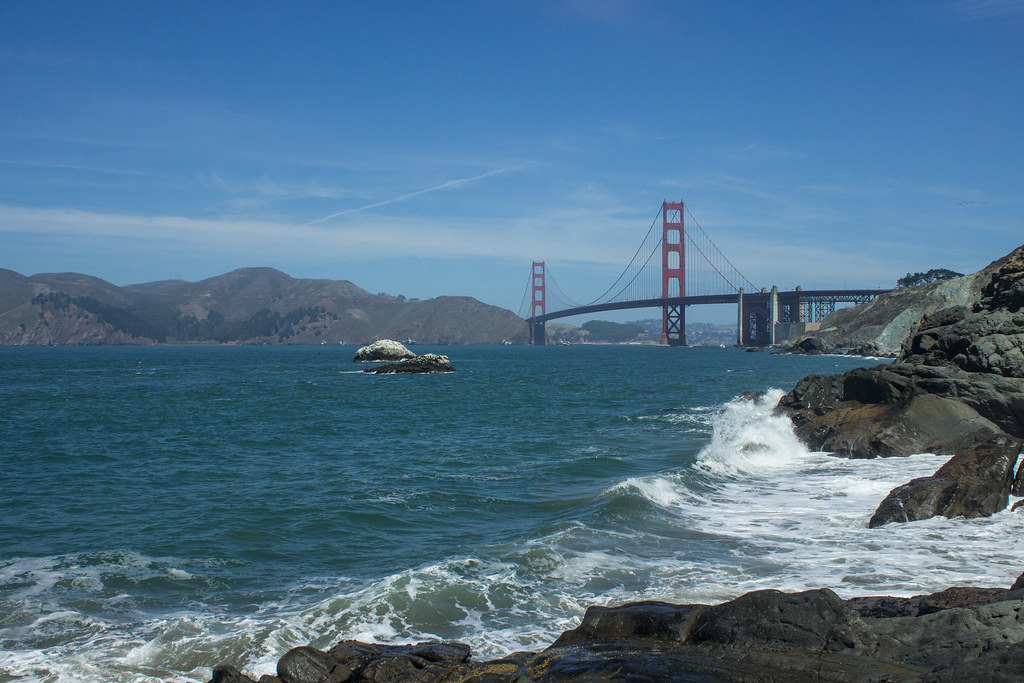 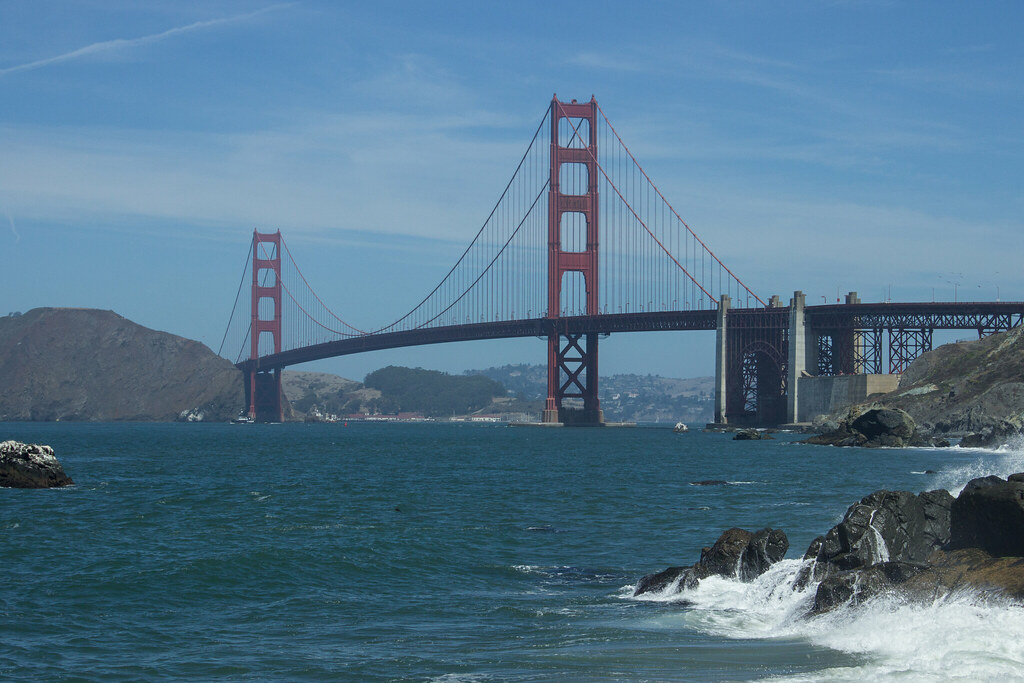 If you’re headed to San Francisco, I definitely recommend a trip to Baker Beach. I’ve seen some beautiful photos taken from the beach at sunset, so it’s worth adding to your itinerary if you have time.

While you’re around Baker Beach, you could also take a trip to Land’s End Park (which I will share photos of sometime soon), and of course you could drive over the Golden Gate Bridge itself; I think it is the most expensive of the bridges in the Bay Area.  I believe it cost around $7 when I went. Makes sense; it’s iconic and the upkeep is supposed to be never ending. 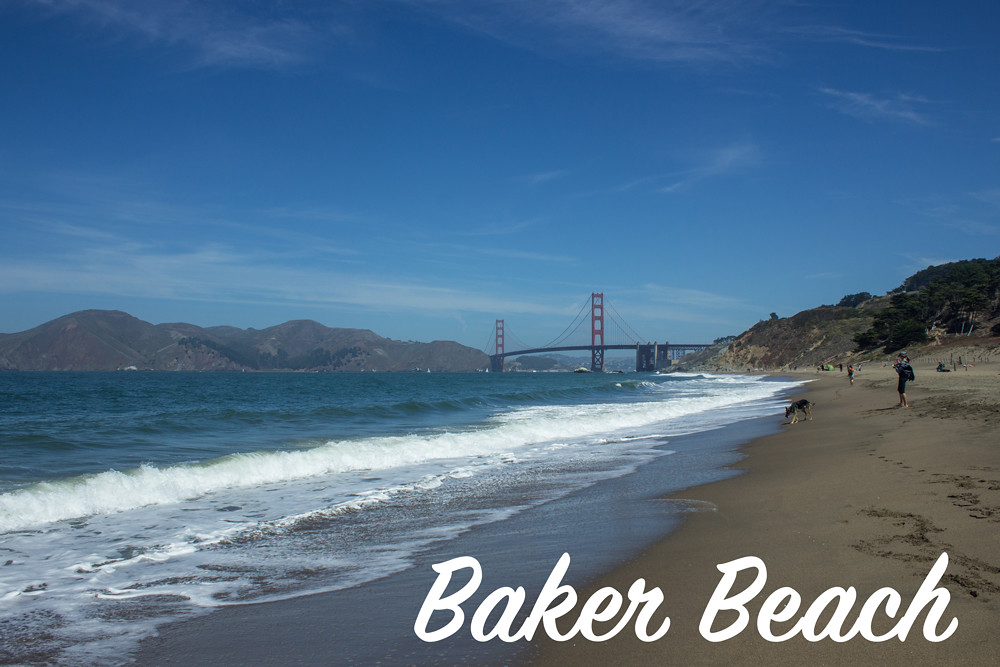