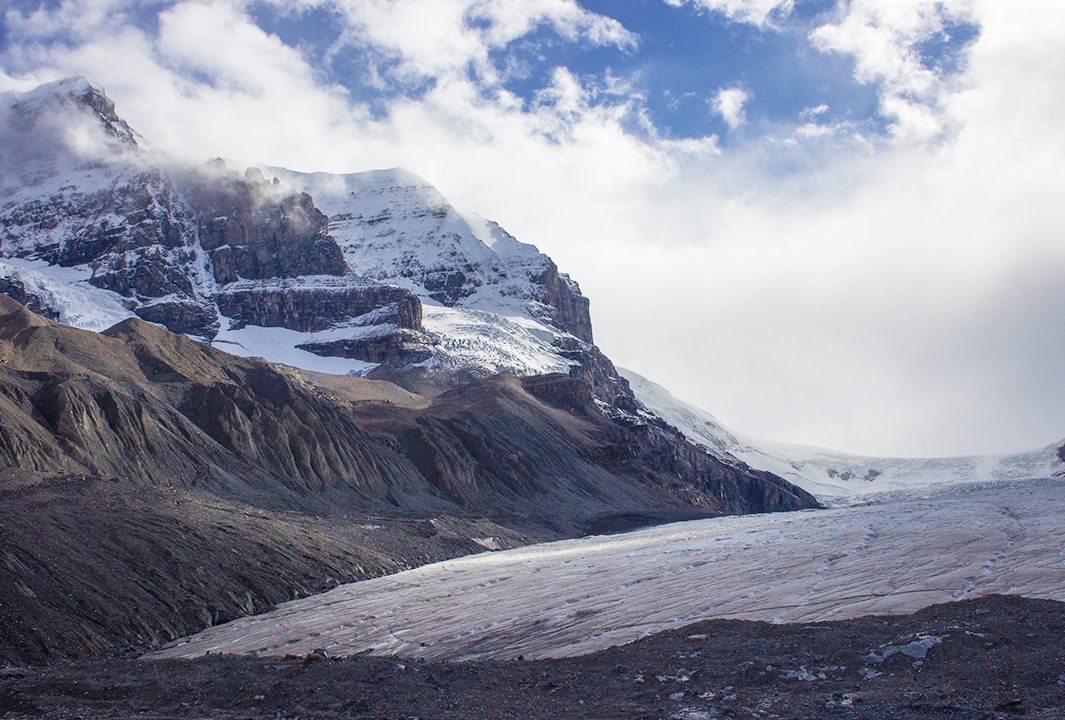 Today I’m not just going to show you pretty pictures of the Athabasca Glacier and talk about how wonderful it is; I need to get something off my chest and have a little rant about climate change.

About two-thirds of the way up the Icefields Parkway, you reach the Athabasca Glacier. Neither of us had seen a glacier before (apart from on TV) so this was one of our “must see” stops on the road.

Before we went we were kind of confused about access to the glacier, I had read a little about off-roading on https://ravenoffroad.com/ and thought that was our only option. Everything we read made it sound like you had to pay for a trip out onto the glacier on some kind of evil looking off-roading vehicle, but you can actually walk almost up to the edge of it for absolutely nothing! 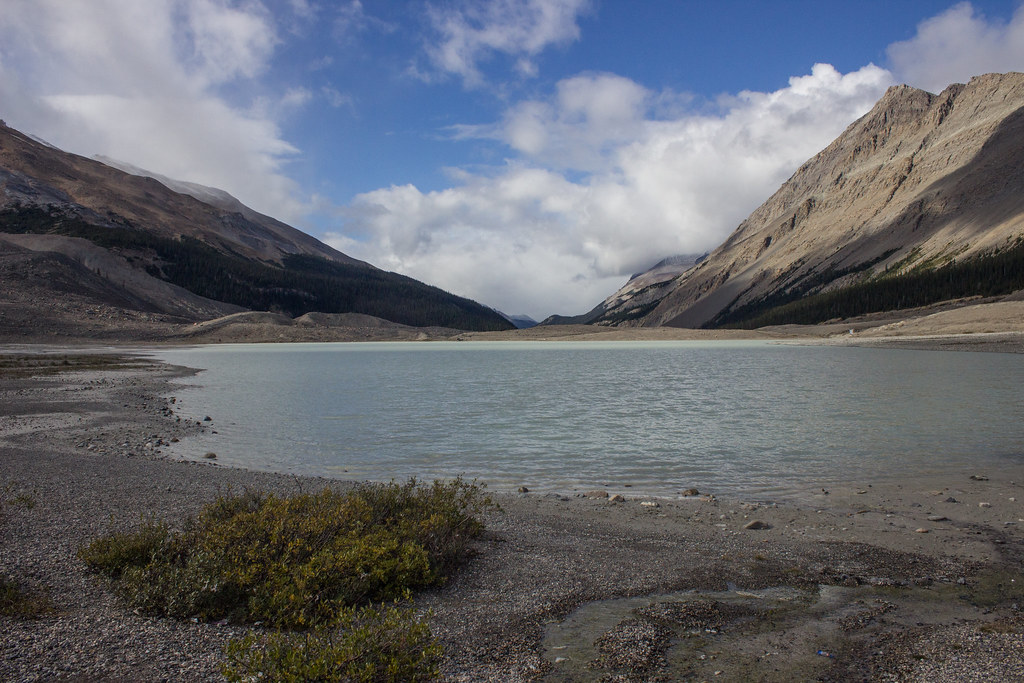 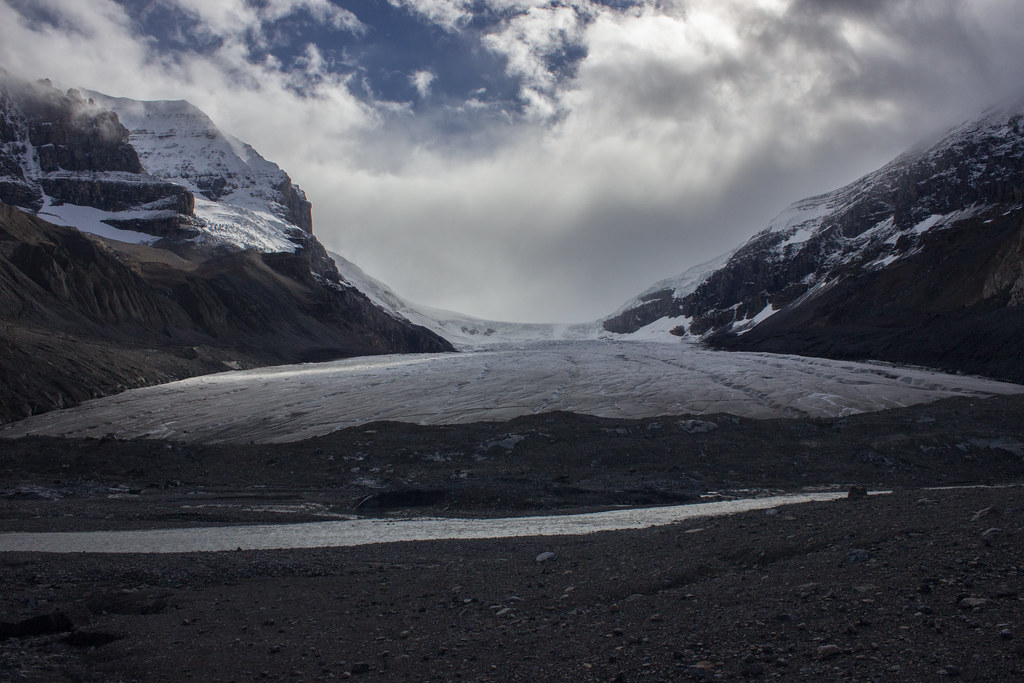 It was quite warm by the time we parked up near the glacier, and it’s kind of weird seeing a huge chunk of ice when it feels so warm. It’s a novelty I didn’t quite get used to while we were in Canada.

What hit me hard was little markers on the path up to the glacier, which showed how far the glacier had retreated in recent years. What you noticed quite quickly was how the speed it had retreated at changed. At the first few markers, the glacier didn’t seem to have been retreating that fast, but then you really noticed how much things had stepped up when you crept towards the present day. In 2014, a conservation manager for Jasper’s National Park said the glacier was retreating five metres per year. 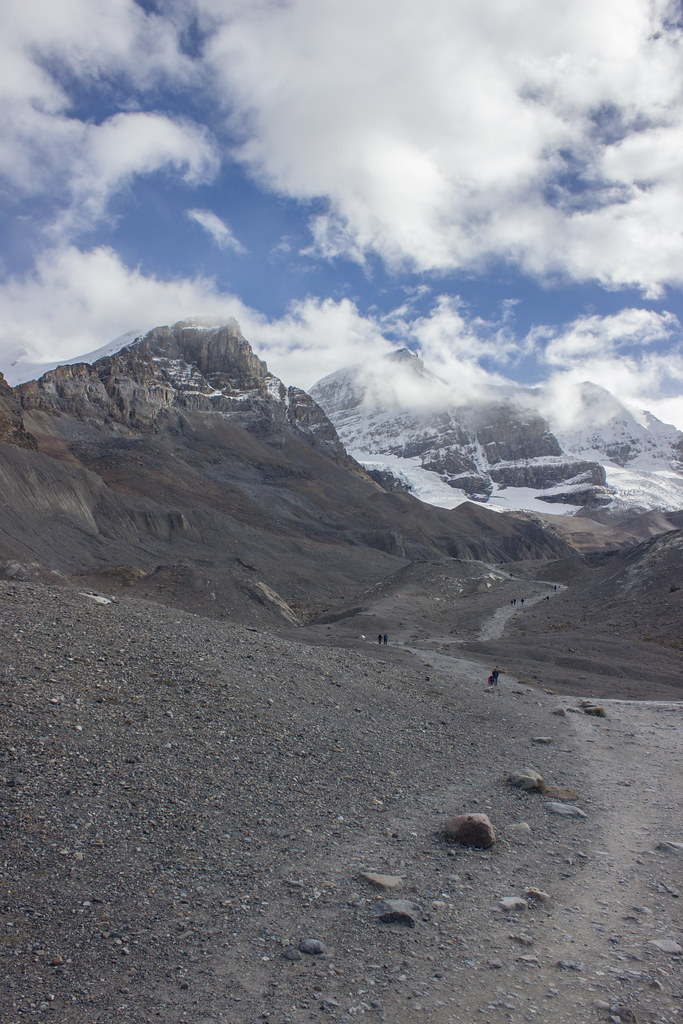 I’m currently taking the University of Alberta’s online Mountains 101 course (highly recommend it by the way), and one of the topics covered is glaciers. It’s astonishing how fast they’re retreating, and some icefields are already considered to be beyond saving. It really saddens me to hear things like that; that we’ve done so much damage to our environment that things are beyond help. Another added “bonus” of human pollution is that as glaciers and icefields begin to melt, they are re-releasing harmful chemicals into the environment that we used historically and were then trapped in the ice, as well as contributing to global warming.

All of this leads me to right now. Right now one of, if not the, most powerful country in the world has a president who doesn’t believe in climate change and doesn’t give a rats ass about protecting it. Just five days into 2017, London had already broken it’s annual air pollution target for the year. The most recent UK budget didn’t even mention climate change. In general, it feels like protecting the environment isn’t being taken seriously in a lot of countries.

Things like that make me angry, but also inspire me. Things might be about to get a lil’ cheesy now, but we can force change. We can make changes in our own lives, we can put pressure on our favourite companies who are still using packaging which is not recyclable (Quorn, I’m looking at you; make your nugget packaging recyclable!), we can annoy our MPs by writing to them, and websites like 36 Degrees and Change have shown that we can force change by bombarding the people who can actually make decisions with our views. And on a more personal note, it’s this that makes me want to go into environmental research; I want to play my part in protecting our home and every thing that lives on it.

Feel free to chip in and ramble.