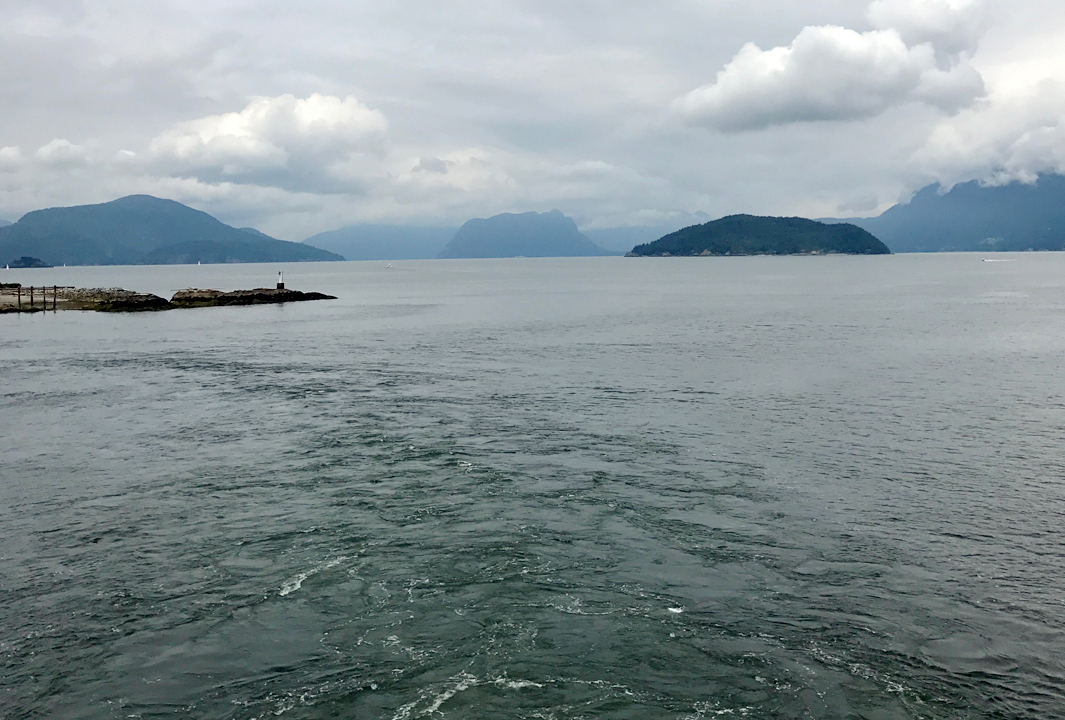 Our first 24 hours in Canada were a real mixed bag of “thank goodness we’re here” and “WHAT DO WE DO?!”. We emerged from a 9-hour flight having had no sleep thanks to two kids annoying each other and screaming the entire time to find out Hertz had given us a clown car.

Clown car avoided, we relaxed as we got on the 1 headed for Canmore to pick up our camping equipment. This was the moment we had been reminding ourselves of for months whenever we were stressed, “just think about being in the car on the way to Canmore,” we would say to each other. Everything was good in Canmore and we began the drive to our bed and breakfast in Golden. 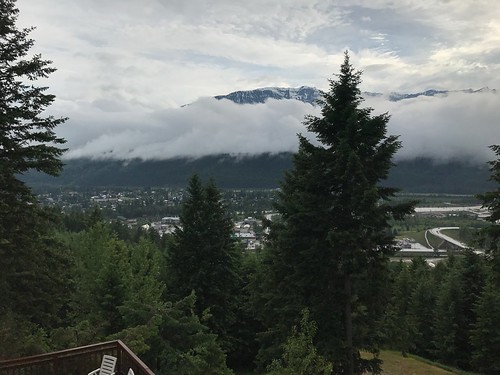 Cue the worst rain either of us had ever seen, much less driven in. You could barely see five metres in front of you. It eased off as we arrived at Golden, to the most welcoming and homely feeling B&B we’d ever been to. (If you are ever in Golden, stay there.) Our hosts at Le Beausoleil B&B were lovely and recommended local restaurant for dinner Eleven22 and boy, was that a good recommendation. It was exactly what we needed after way too long without sleep. To be honest, I’m still thinking about their lemon basil pesto pasta and could go for it right now.

After a truly restful nights sleep and delicious breakfast of homemade bagels and waffles, we hopped into the car refreshed and ready for eight hours of driving to Whistler. Let me tell you that that joy lasted about five minutes until we got to the junction for highway 1 in Golden. We saw a queue of traffic, cars turning around and no one seemed to be going over the junction to the 1. When we got to the front of the line, we were told a huge mudslide overnight had shut the road between Golden and Revelstoke and there was no real way around.

As we had a ferry booked from Vancouver at lunch time the day after, we really needed to get there and waiting to see if the road reopened later on (which we were told was very unlikely) was not an option. The stress was real.

We were given the suggestions of driving up to Jasper and down to Whistler, or going via Cranbrook and staying somewhere south of Vancouver, missing out on Whistler. Cranbrook seemed a couple of hours shorter so we decided on that route and managed to find a last minute motel in Hope.

It took us about an hour to calm down from that dilemma to realise there was a bright side here; we were going on a ‘proper adventure’ because we had no idea where we were going or what we would see. That excited us and it was all going smoothly until the traffic came to a halt at 2pm on a mountain road.

Traffic randomly coming to a stop because someone saw a bear, a goat, some elk, or something else is not that uncommon in Canada so we told ourselves we’d be moving in no time. Sure enough, we began moving again a few minutes later. And then we stopped. 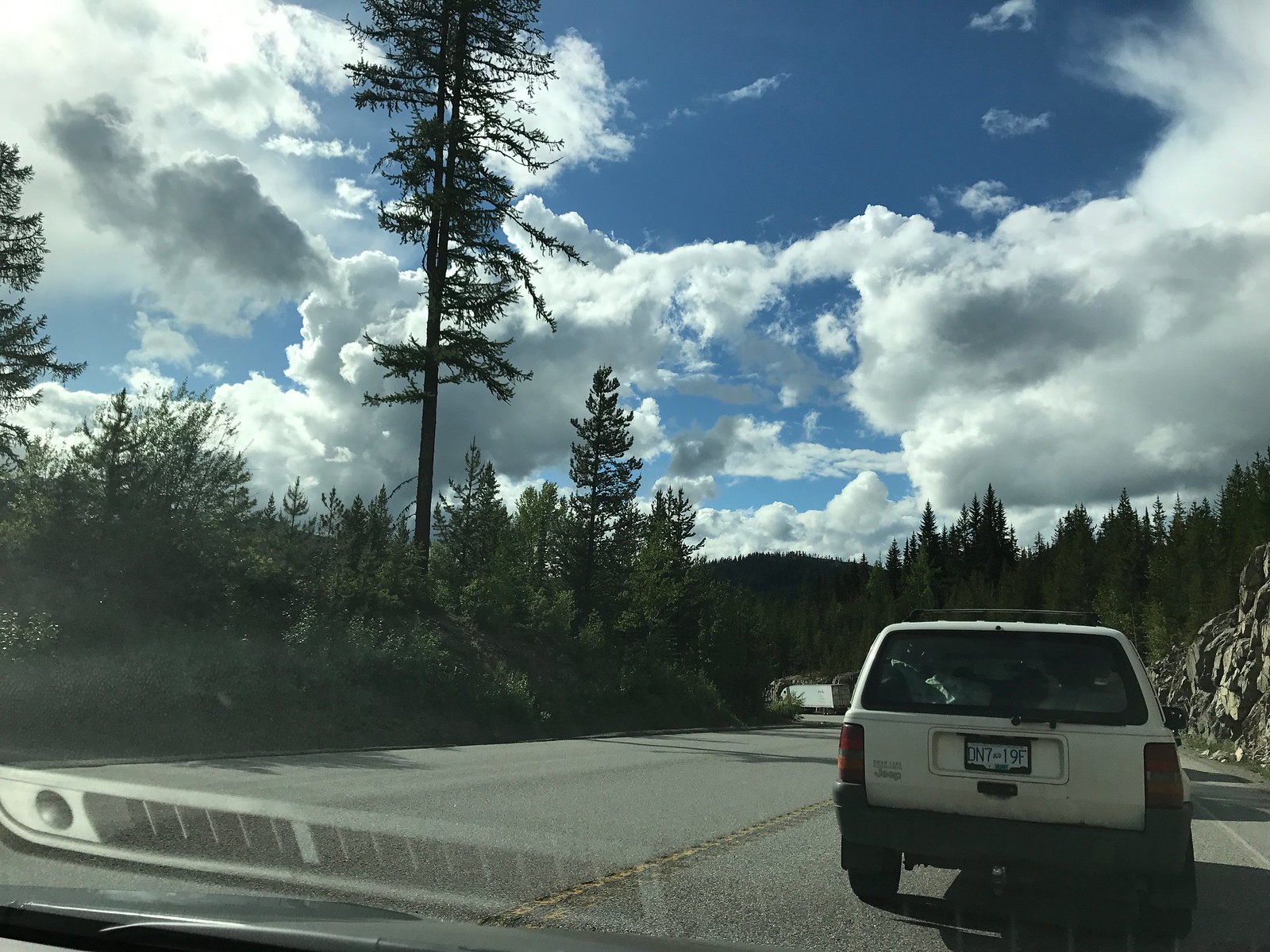 When people begin getting out of their cars, you know it’s not a good sign. We sat there for an hour and a half before seeing a lady in hi-vis, looking pretty pee’d off, who said, “you should get moving in the next half hour. They’ve blasted a hole in the road; don’t ask me why they’re blasting on a Friday afternoon.”

True to her word, we did get moving in the next half hour and we were curious to find out what this hole was. We were thinking it would be a large pothole but no; the entire right handside of the carriageway was missing for a good 3 – 4 metres. I am still kicking myself for not taking a photo of it but forgive me because I was too busy gawping saying “THE ENTIRE ROAD HAS GONE!”

The remainder of our drive took us through some parts of Canada we never expected to see; the Okanagan Valley, which looks so Mediterranean and is full of vineyards. Osoyoos was particularly breathtaking; we just weren’t expecting to see anything like that on our trip. The mountain roads began to feel a little dicey as darkness fell and we were coming up on well over 12 hours of driving (I say we, I mean Daz). We eventually found Hope (literally and figuratively) at about 11pm and fell into our beds after a really half-assed meal of rubbish noodles and Kraft mac n’cheese.

As not to tempt fate, we got up very early the next day and allowed for 4 or 5 hours to do a 1 and a half hour trip, “just in case”. Happily, we made our ferry to Vancouver Island and the rest of the trip was a lot more relaxing.

If there’s a lesson to be learned here, it’s this: if you are planning to do a long stretch of driving, check for other routes in case roads are shut and you have to go the long way around. Ah, the stressful side of traveling that Instagram never shows you.

Now it’s your turn, I want to hear about your travel stress.