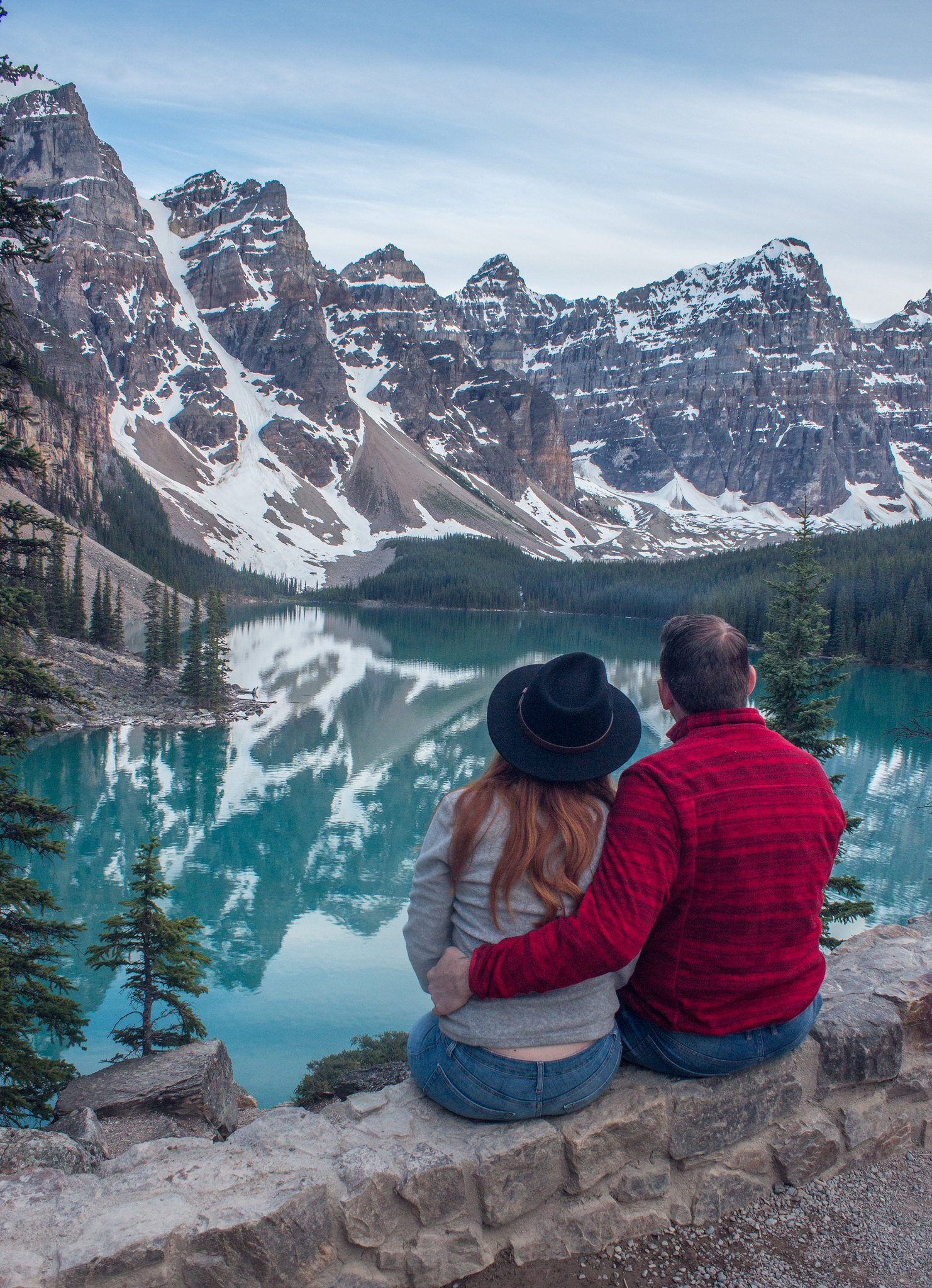 In the past 12 months, Daz and I have had our fair share of adventures; we’ve been to Wales, Canada, Edinburgh, and Canada again. Though all of those places are beautiful, it’s the people you’re with that make it the best adventure.

I booked my first trip to Canada before I really knew Daz; I might have known him as “the grumpy pastry chef”. After a few weeks of being together, it became pretty clear to me that I would be moping around Canada on my own, missing him like hell if he didn’t come. In fact, I actually told him that if he didn’t come to Canada, he would ruin my trip to Canada because I would miss him too much. (Soppy, awh.) It’s kinda funny because this time last year he was moping on holiday in Ibiza with his family, and I was being a serious grouch at work.

The fates aligned because he was able to get it off work too, and we found the perfect flight for him which landed just before my flight into Calgary from San Francisco.

During our first trip to Alberta, we felt so at home. We got so much done in seven days (here’s our 7-day Banff & Jasper itinerary), and we were planning our return trip before we’d got to the airport to go home.

We spent months thinking about and planning the trip; whenever one of us was annoyed or stressed, we would remind each other of being back there together. And boy, did that thought get us through a lot of frustrating times.

Our trip was incredible. Even better than we thought it would be, not least because Daz proposed to me at Moraine Lake, our favourite spot (more on that soon). And it definitely sucked more when we had to fly home, though we are now definitely determined to call Canada home one day.

If either of us had experienced the hammering rain, the chilled out vibes of Tofino, the sounds of Vancouver Island’s rainforests, Vancouver at night, the beauty of the Rockies, or seeing an avalanche on our own, it would have been pretty cool. But to do, see, and experience all of that next to your best friend, is the best feeling in the world.

Sure, travelling with someone isn’t always 100% rainbows, unicorns, and butterflies (I’m really not gonna pretend it is). I’m a miserable moose when I’m tired at the best of times, tired and annoyed at road closures is not a great combination and unfortunate for anyone around me. I’m also always convinced I know the right way (spoiler alert: I almost never do) and am a frustrating co-pilot because I say right when I mean left, and left when I mean right. But then again, nothing is ever 100% rainbows, butterflies, it’s compromise that moves us along (shout out to anyone who gets the Maroon 5 reference – from when they were good).

Daz is my favourite adventure buddy and I’m looking forward to so many more adventures with him and giving him the wrong directions, forever.

Who is your favourite adventure buddy?

What I did during the first month of my PhD