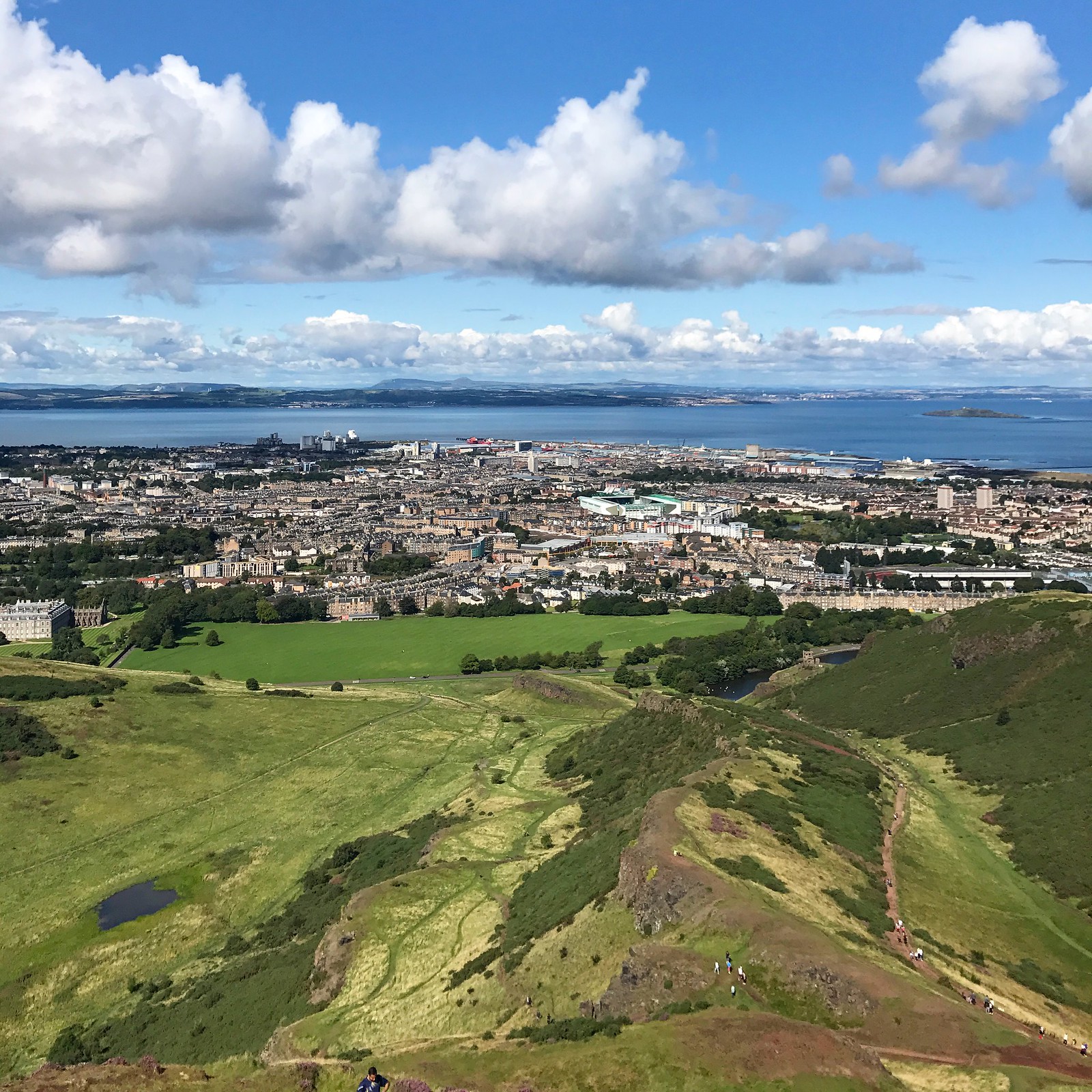 Today marks two weeks since we moved up to Edinburgh and it still doesn’t feel entirely real; it feels like we’re on the laziest holiday ever and might return to our “old lives” at some point.

It’s been just over four months since we found out we were moving up to Edinburgh and it has gone so fast. Thankfully the move, sorting out a flat, and getting jobs went very smoothly. Both of us have just started work but I don’t think it’s going to feel like this is our actual life until we settle into a work and university routine.

I was expecting to come up here and end up writing a really deep or meaningful post about what it’s like to move 270 miles away from the place you lived your entire life but I can’t. At the moment, it just hasn’t sunk in yet, so instead I’m going to talk about some of the things I’ve learned since being up here.

There is so much going on & to see

Neither of us are big city people, but I don’t feel like Edinburgh is a big city; geographically, sure it is, but it doesn’t feel overwhelming or stressful. I think the old buildings make it feel a little cosier and less imposing too.

We arrived at the end of the Fringe Festival and managed to see Thrones! The Musical Parody which had us all in stitches – GoT fans, if you ever have chance, see it. We spent a couple of days walking around the city and making mental lists of the museums and exhibits we want to see, and record stores we need to keep out of because money.

WHY?! Why don’t bands play big venues in Edinburgh? I have three gigs booked over the next few months and they are all in Glasgow.

Buses are cheap as

Where we used to live, public transport was a bit of a nightmare and was pretty impractical the majority of the time. Around here, it’s easier to hop on a bus than to try and drive around and park in the city; buses are £1.60. ONE. POUND. SIXTY. Damn, that is cheap.

Is it really sad that I’m excited about that?

Edinburgh is a beautiful city itself, and wherever you seem to look you can see mountains in the distance and you can be up in those mountains in no time at all. Last weekend, Daz and I took a drive around the Highlands and I was reminded of how stunning Scotland is. And, in case you’d missed it, Scotland has just been voted the most beautiful country in the world, and Canada came in second – can you believe that? Am I going to end up in love with Scotland more than Canada? Perish the thought.

You never think you have an accent until you’re surrounded by people with completely different accents. A chap came out from OpenReach to sort our internet out last week and when he started talking fast we were not entirely sure what he was saying.

On the other hand, people haven’t always been able to understand us either. We went out for dinner last week and I ordered macaroni cheese but ended up with a beef burger…

I’ve tried vegetarian haggis before (it’s delicious) but now I’m living here and I can buy it in Tesco I’m becoming a little bit obsessed with it. Most restaurants or cafes you go to have some kind of veggie haggis on the menu too; it is a delightful change from the standard tomato sauce and pasta.

It’s nice having a smaller place

One of the biggest things I was worried about was downsizing. We moved from a good sized two-bed terrace to a two-bed flat. While I’m still trying not to walk into the corners of the bed when I walk around it, it’s nice to have a more compact space. Truth be told, we didn’t need all the space we had before and cleaning is easier and faster – go, lazy me!

What did you learn when you moved to a new place?

Hard times, gonna make you wonder why you even try