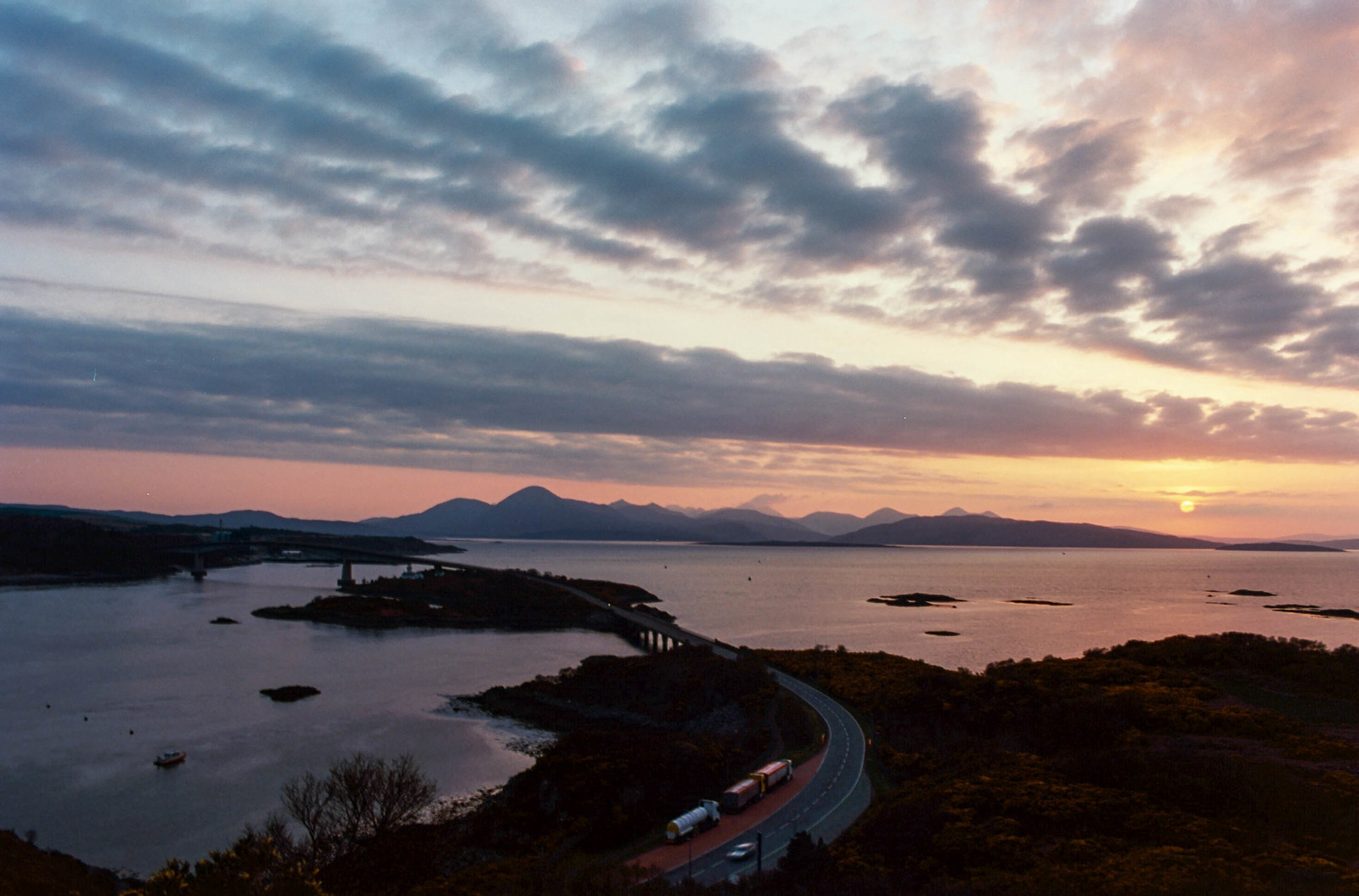 A couple of months ago, we spent a week exploring the Isle of Skye and Kyle of Lochalsh, on the west coast of Scotland. I shot a roll of Kodak Ektar 100 and was so pleased with the results. This post is going to be a bit of a mashup between a photo diary + me talking about my thoughts about the film. So, hopefully, even if you're not interesting in film photography you'll be cool with looking at photos of beautiful scenery.

Before we went, I was a little worried about how the film would handle the bright white and grey cloudy skies we get sometimes but they handled them pretty well. They definitely handled them better than my DSLR was able to without having to take multiple exposures. The film handled haze better than my DSLR did - of course, editing can remove some of the haze but I was impressed to see how good the photos looked right away.

The first place we visited was Kilt Rock and Mealt Falls, which is a really popular place to visit on the west coast of Skye. It was one of those bright white sky days that I was worried about, and the film handled it fine. When you visit, you can appreciate why it's such a popular spot. The colour of the sea contrasts wonderfully against the dark cliffs and the rocks on the beach below. 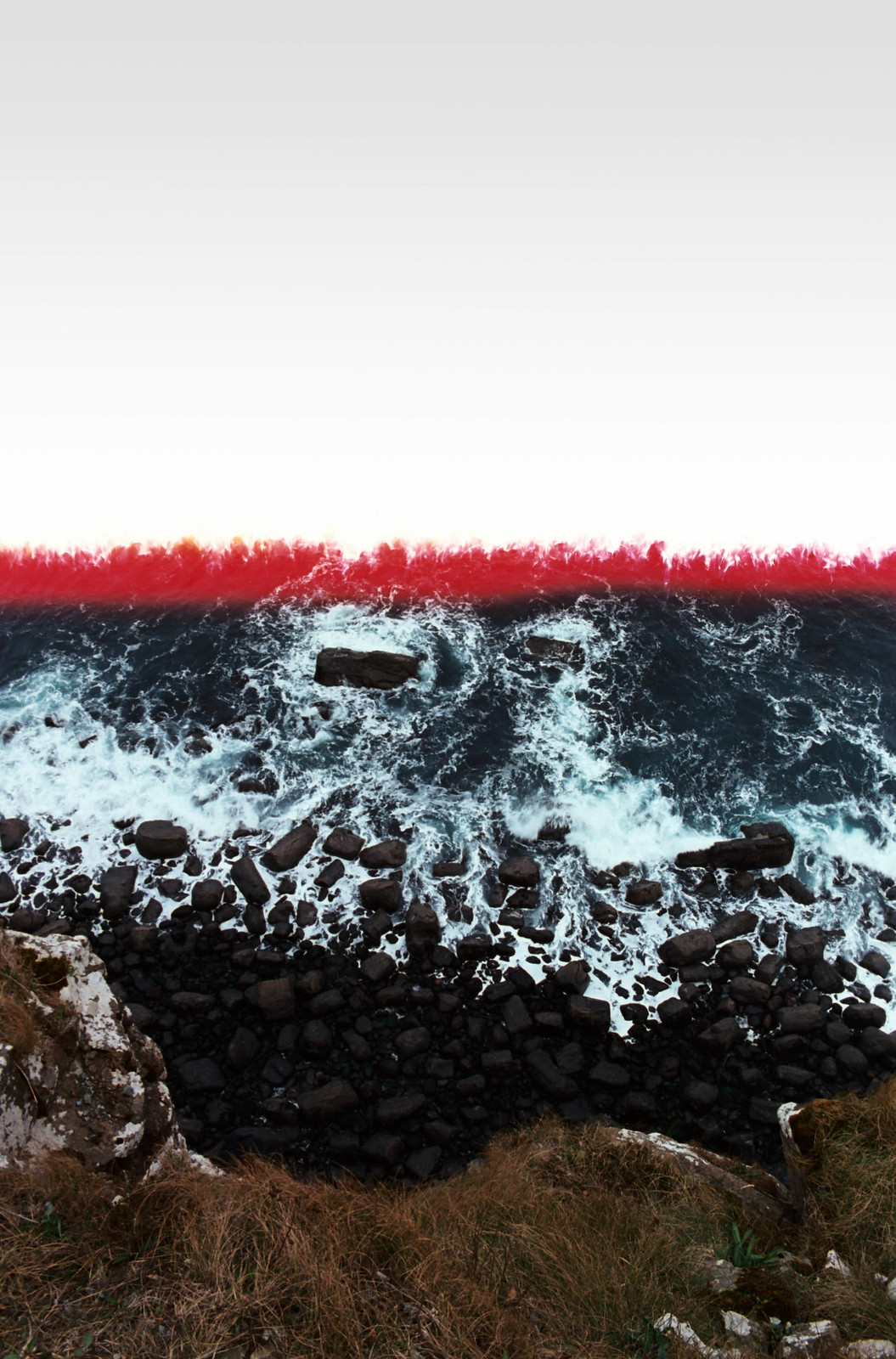 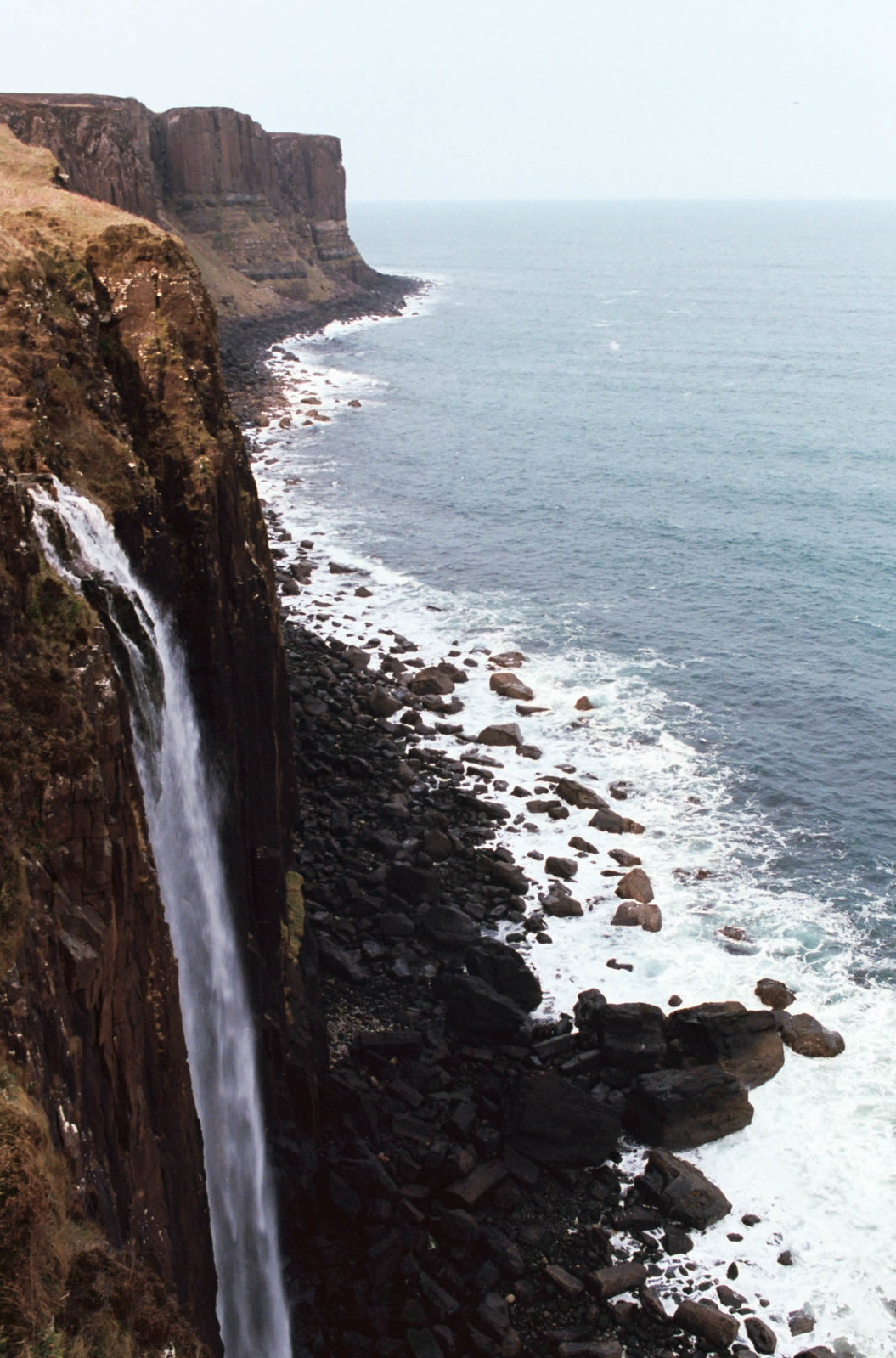 Later that day, we visited the Fairy Glen and by this point most of the clouds had disappeared. Despite it being the middle of the day, the glen had a golden hour glow to it, which made it feel even more magical.

We visited the Isle of Skye just as the busy season was kicking off. There were a few other people at the glen, but it wasn't packed. However, there is very little parking there and we struggled. If you plan to visit the Fairy Glen when it might be busier, I would recommend going early. 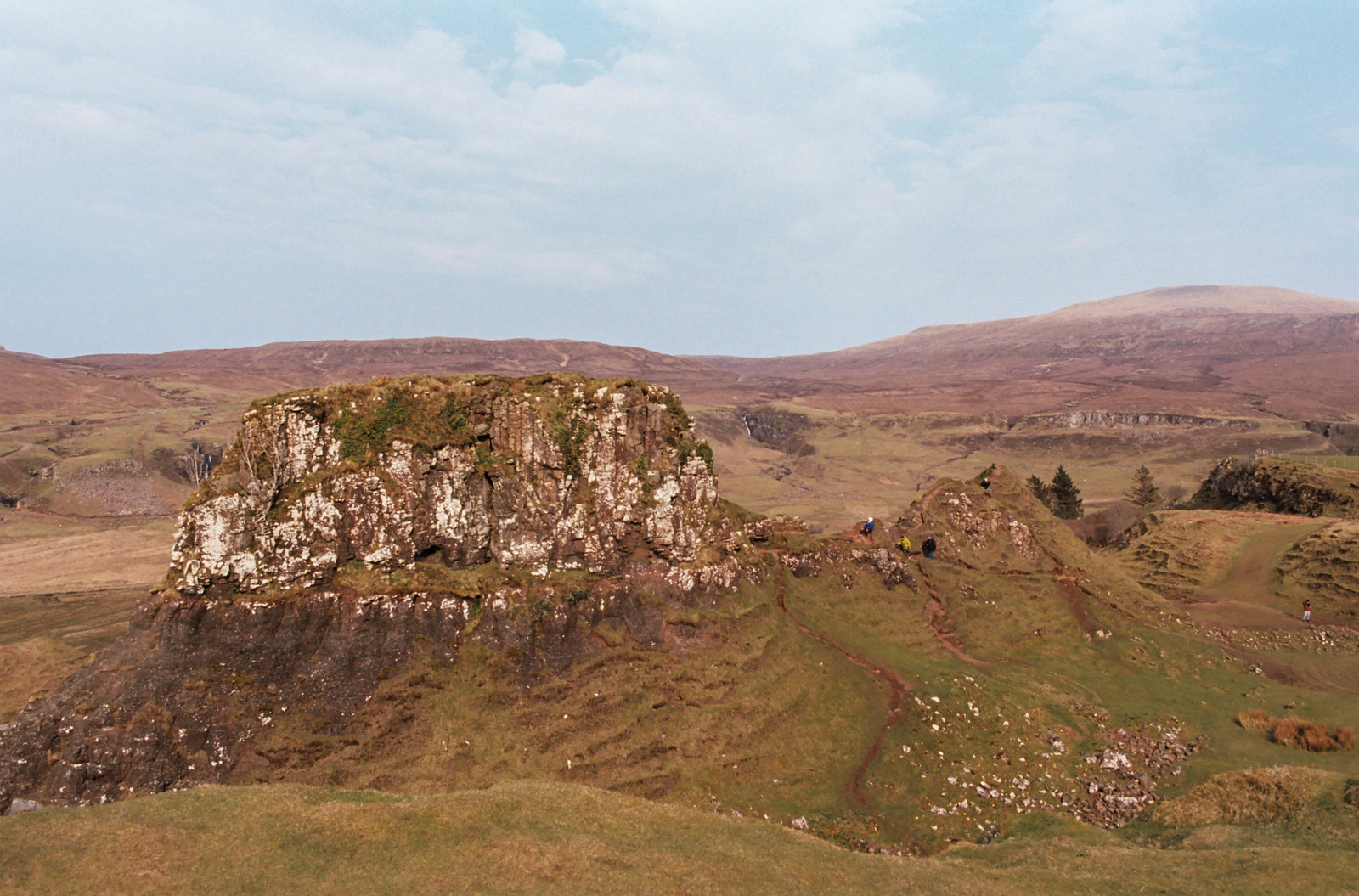 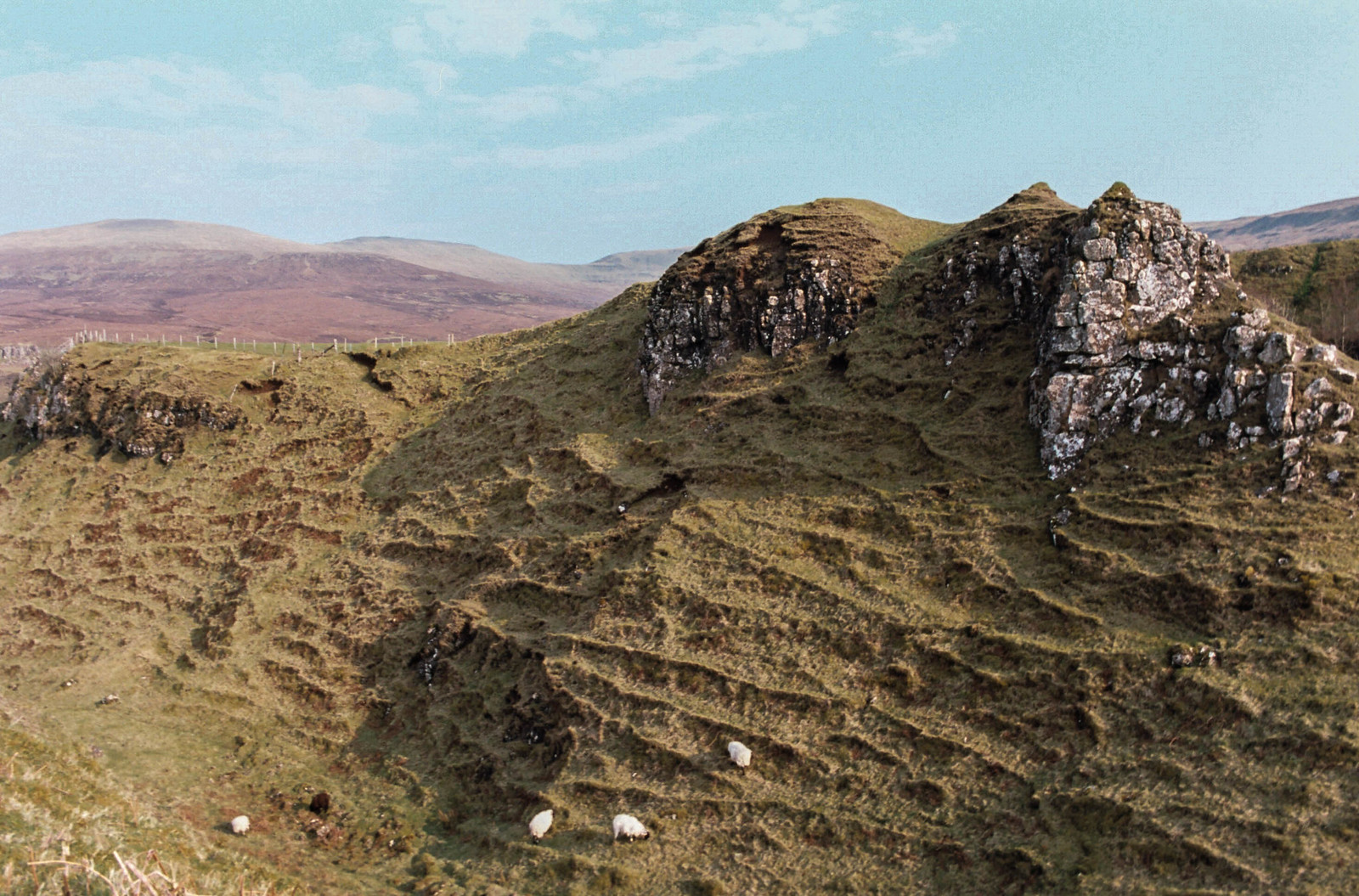 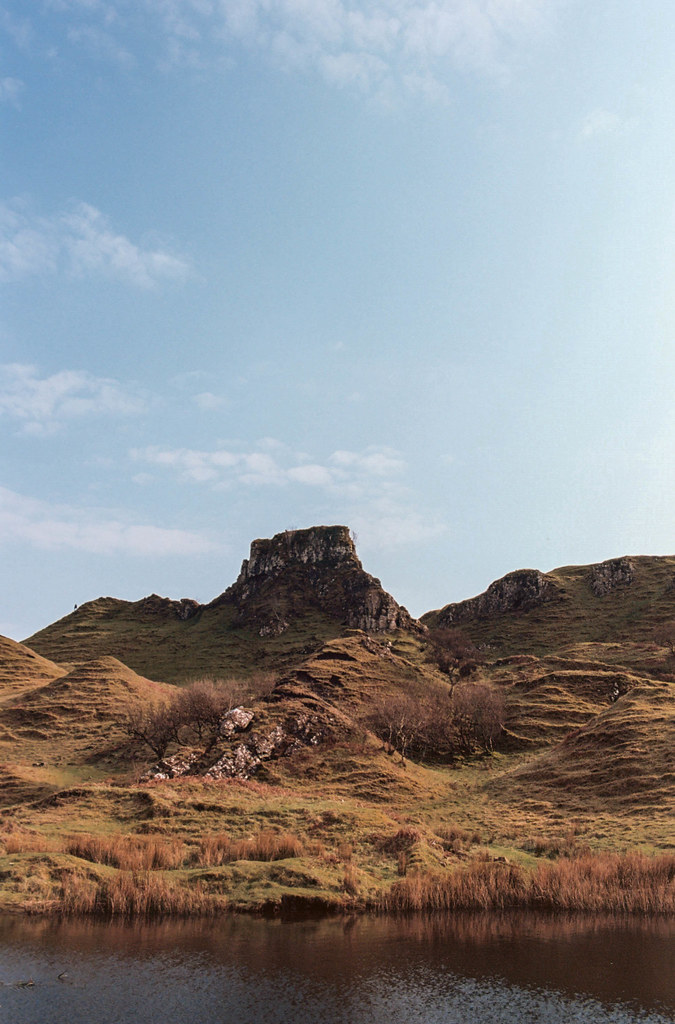 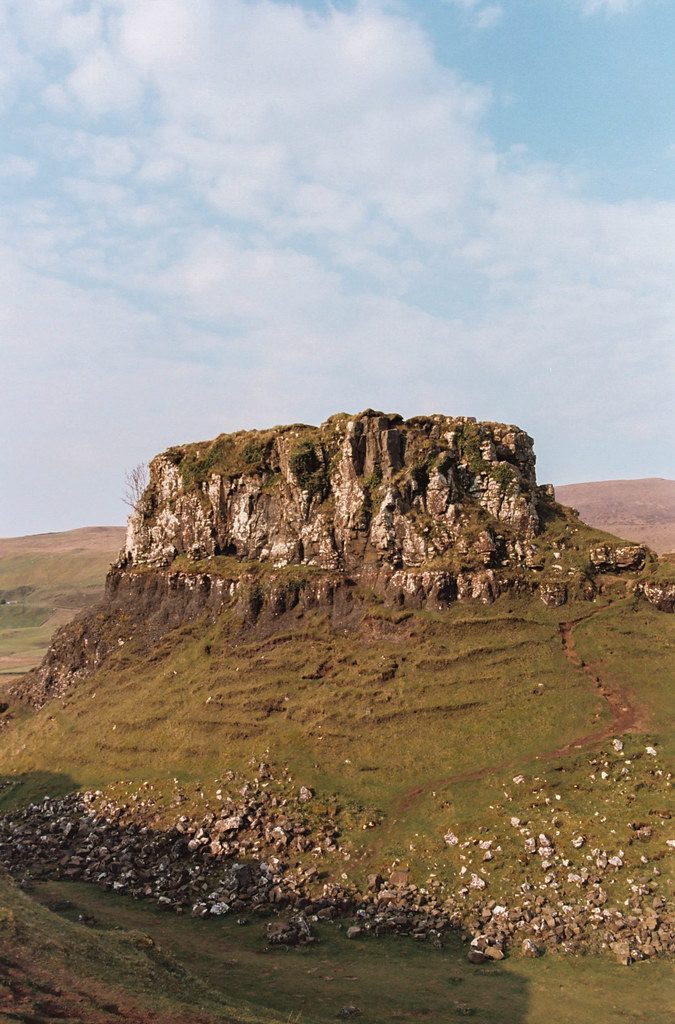 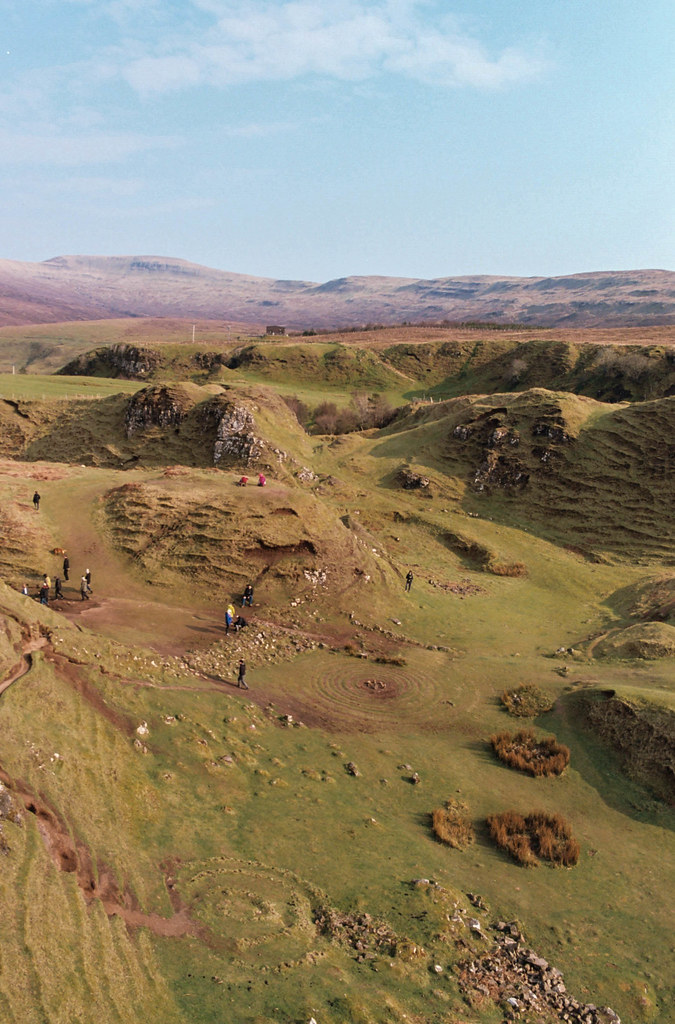 One of my favourite parts of the trip was when Daz and I went to the Quiraing. We didn't end up doing the circular route because there aren't any route markers and the guide we'd got on my phone was confusing. That aside, the place is absolutely stunning. It feels like you've walked into a set from Lord of the Rings. It didn't look like anything I'd ever seen before. 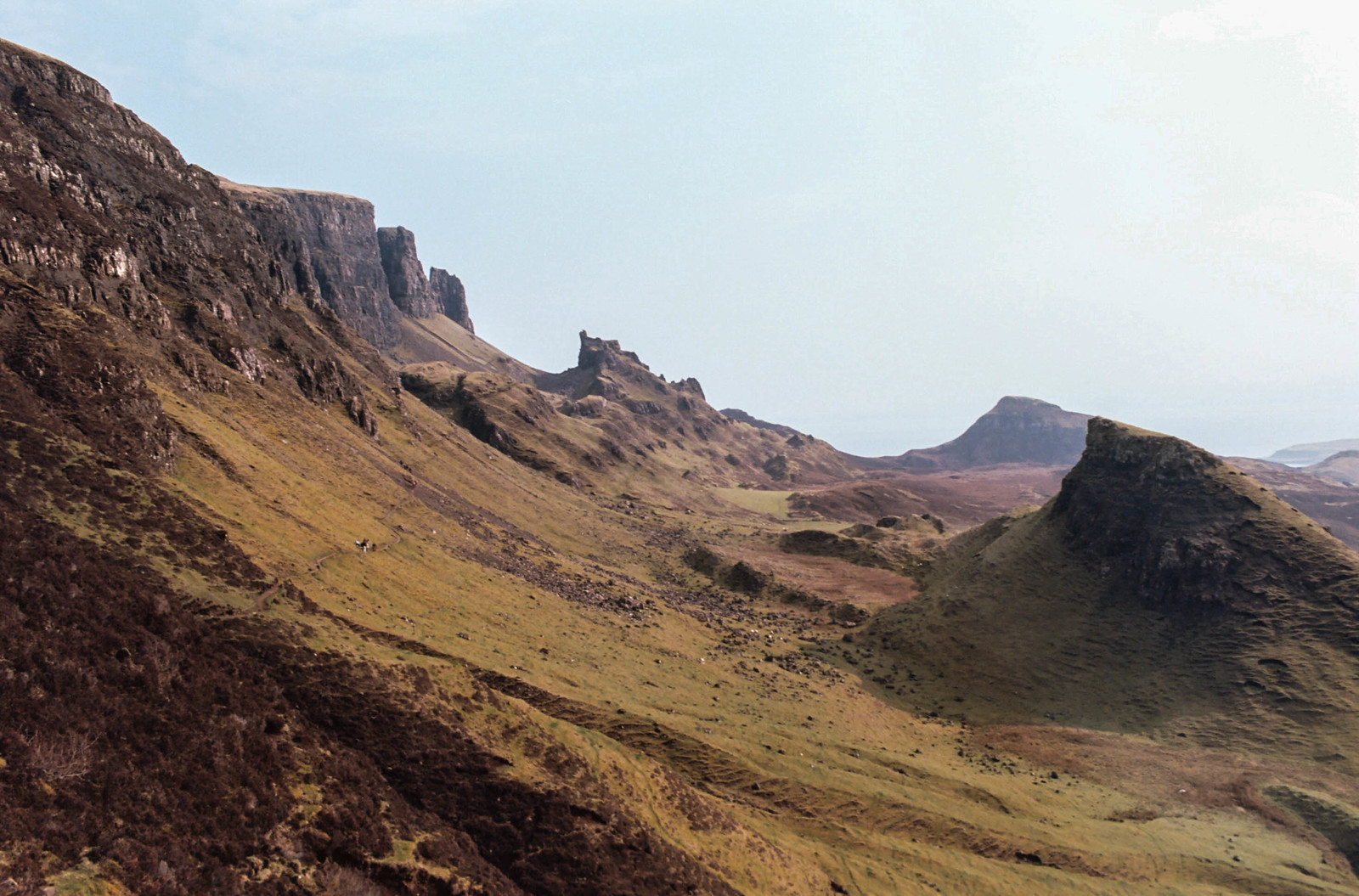 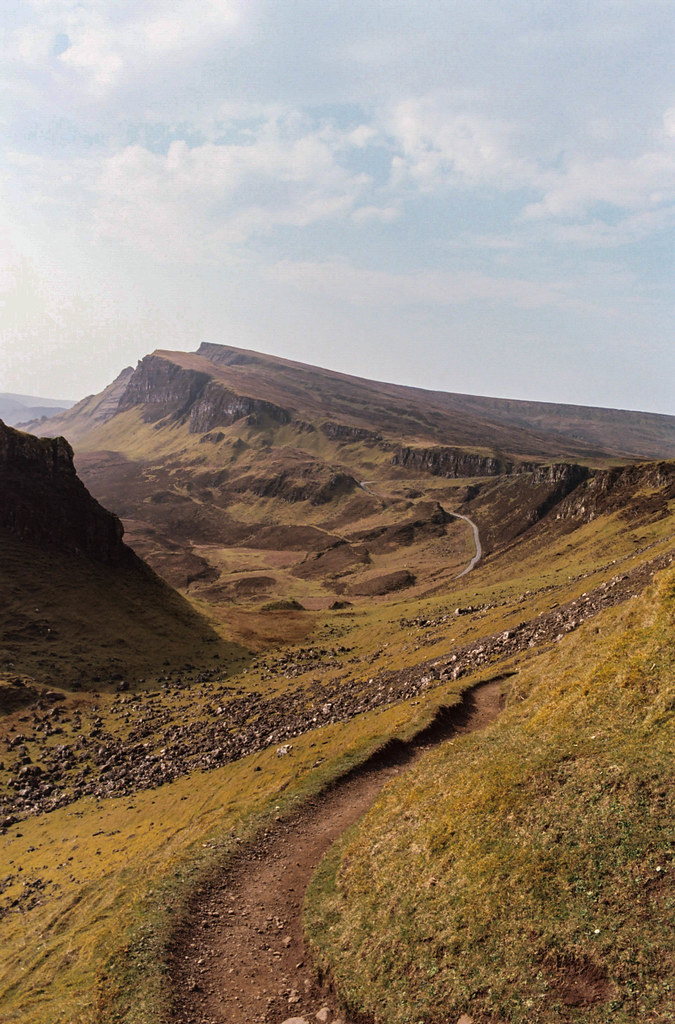 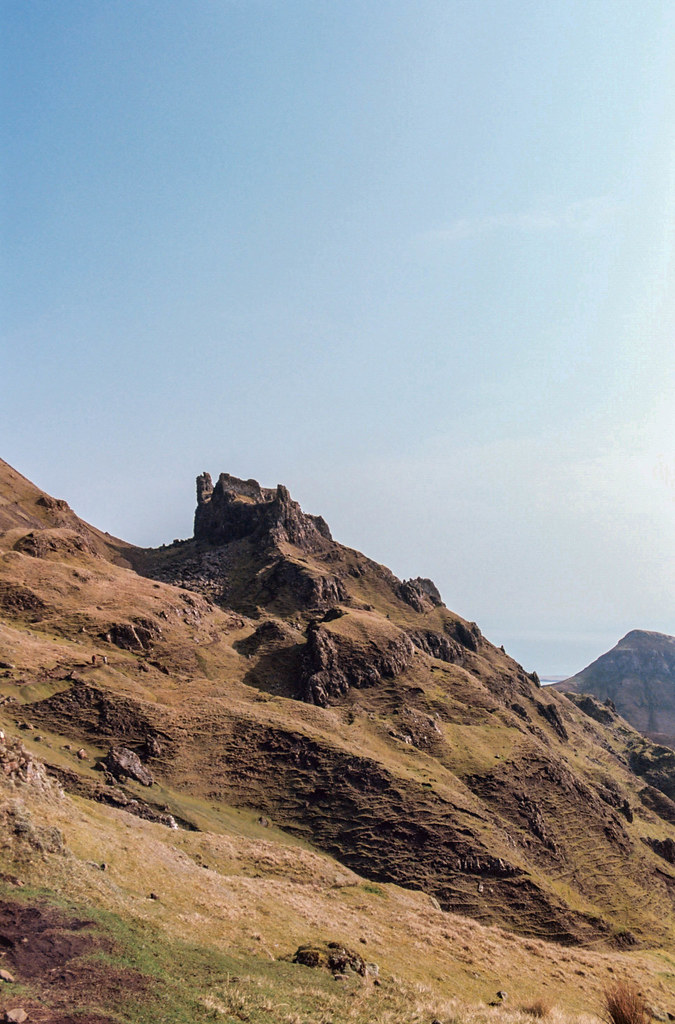 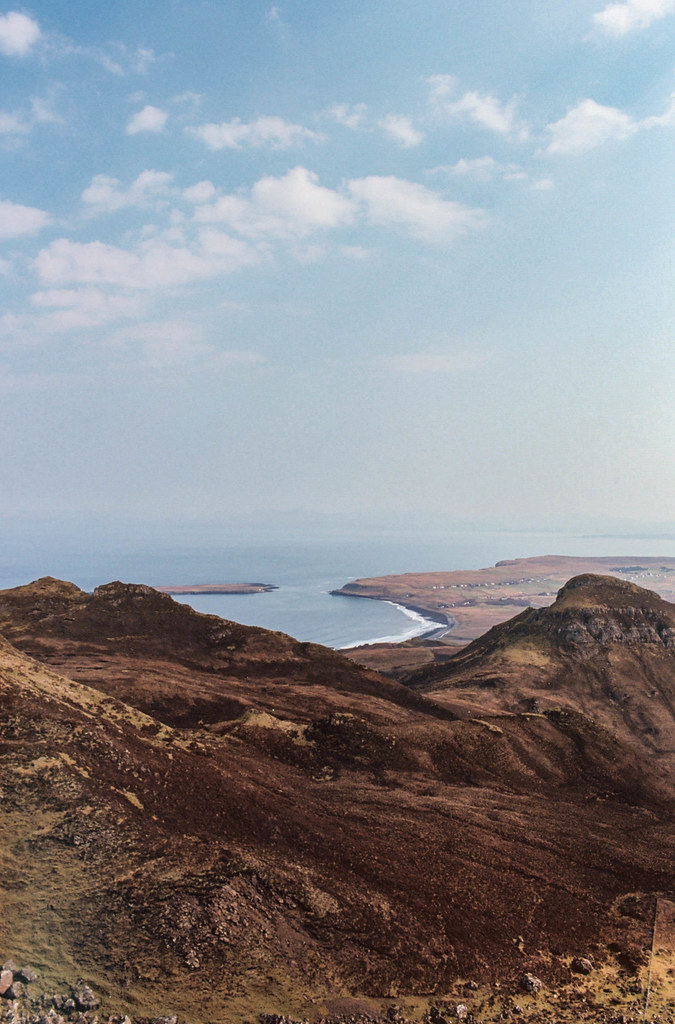 On one of the days we went kayaking on Loch Shieldaig (highly recommend Shieldaig Adventures) and had to stop at Lochcarron on the way back because the water was so still, and the reflections were perfect. Can you imagine living here and this being your view every day? I know people often say you might get used to something and take it for granted - how could you ever take these views for granted, though? 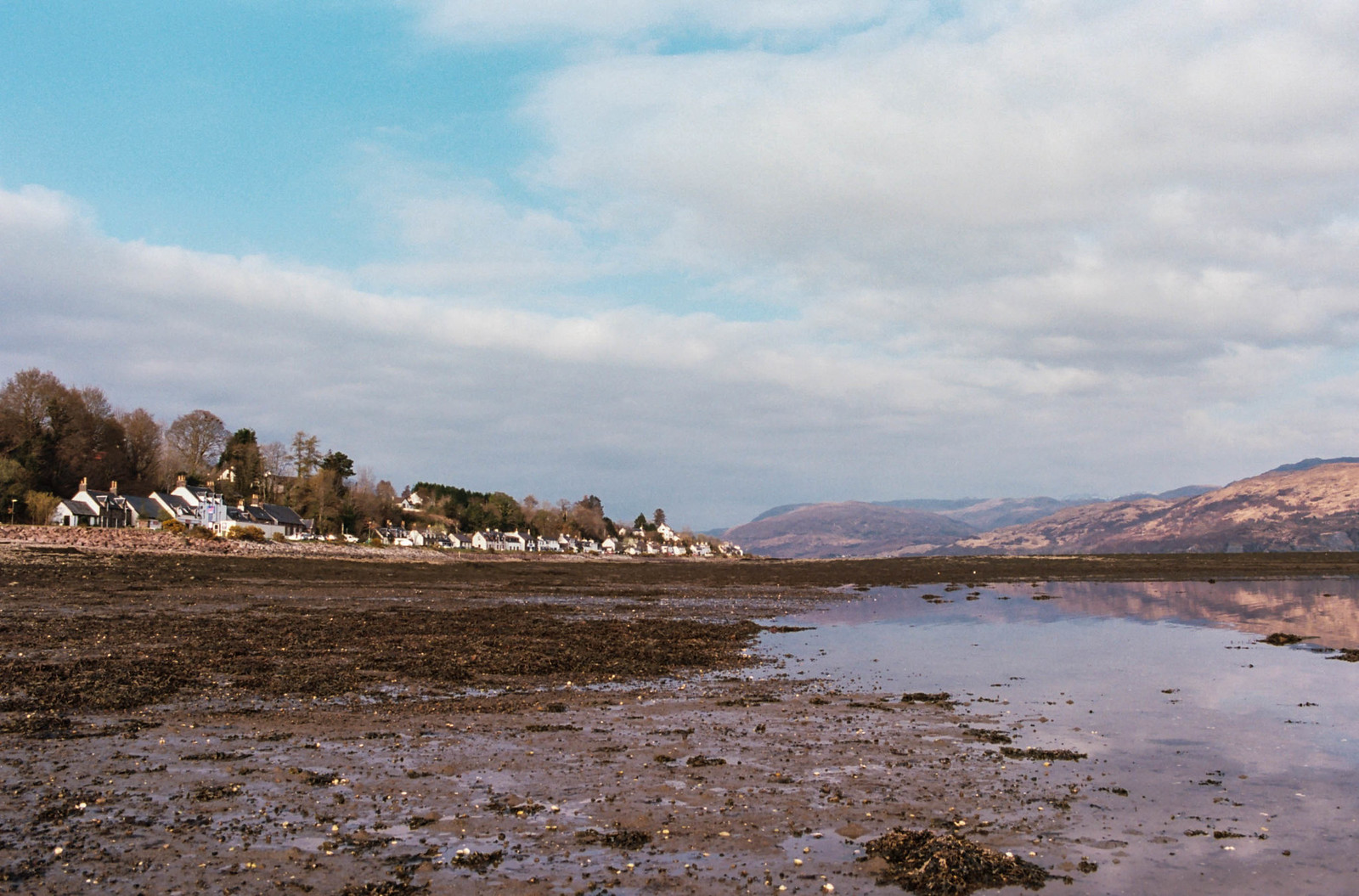 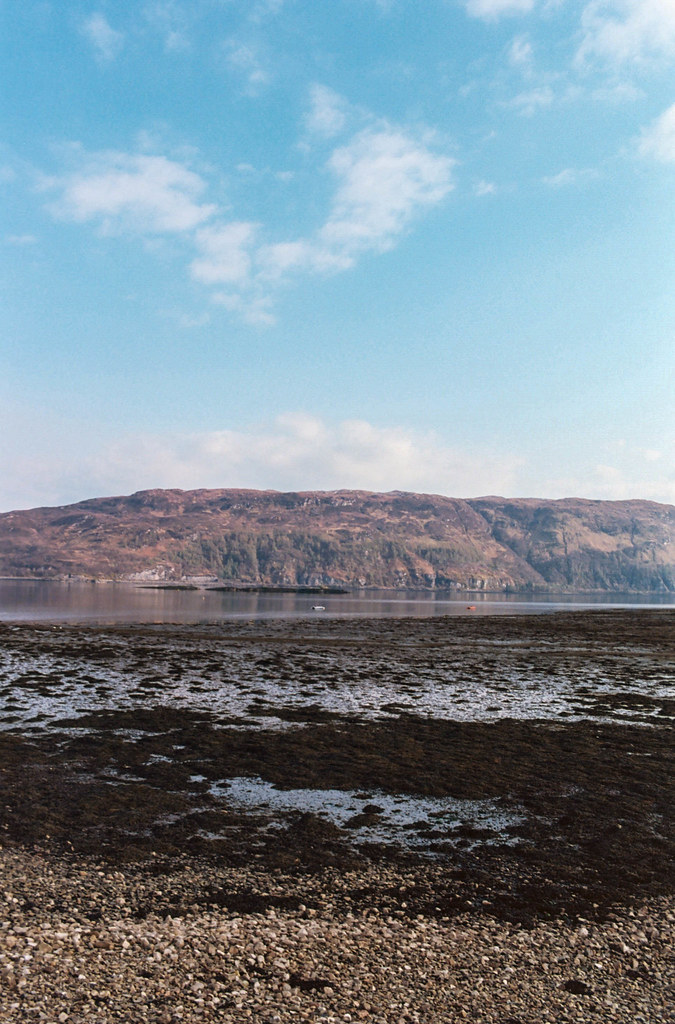 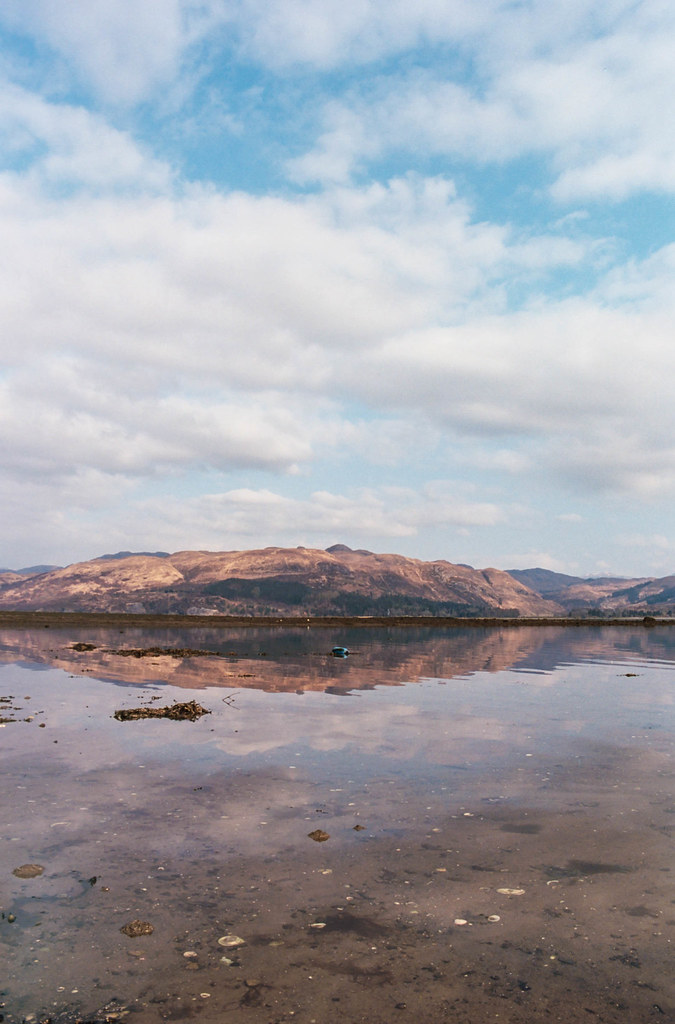 Later on in the week, we had a chilled day exploring Talisker Bay (the first photo below), Glenbrittle Beach, and the Faerie Pools (seems kinda overrated =/). Talisker Bay was stunning and quite quiet, as it's about a 20 minute walk from the car park. Ideally, we would have visited the beach at sunset because we saw some stunning sunset photos that had been taken there, but we had to squeeze it in during the daytime.

Glenbrittle Beach is one of the best beaches I've ever seen. The drive down to it is something special on it's own, and then you reach this beach which is surrounded with views of mountains. There's a campsite right next to it and we've made a mental note to stay there at some point. There's also a little cafe and some toilets as well.

Daz and I were somewhat disappointed by the Faerie Pools. It was by far the busiest place we saw all week - and remember it was the start of the busy season. Seeing so many people was a bit of a shock to the system after everywhere else being so quiet. I know a lot of people love the Faerie Pools, but it seems a bit overhyped to me. I thought it got better after you pass the main part and get closer to the mountains. I, personally, won't rush back to the pools again. However, I will continue down the road to Glenbrittle Beach instead. 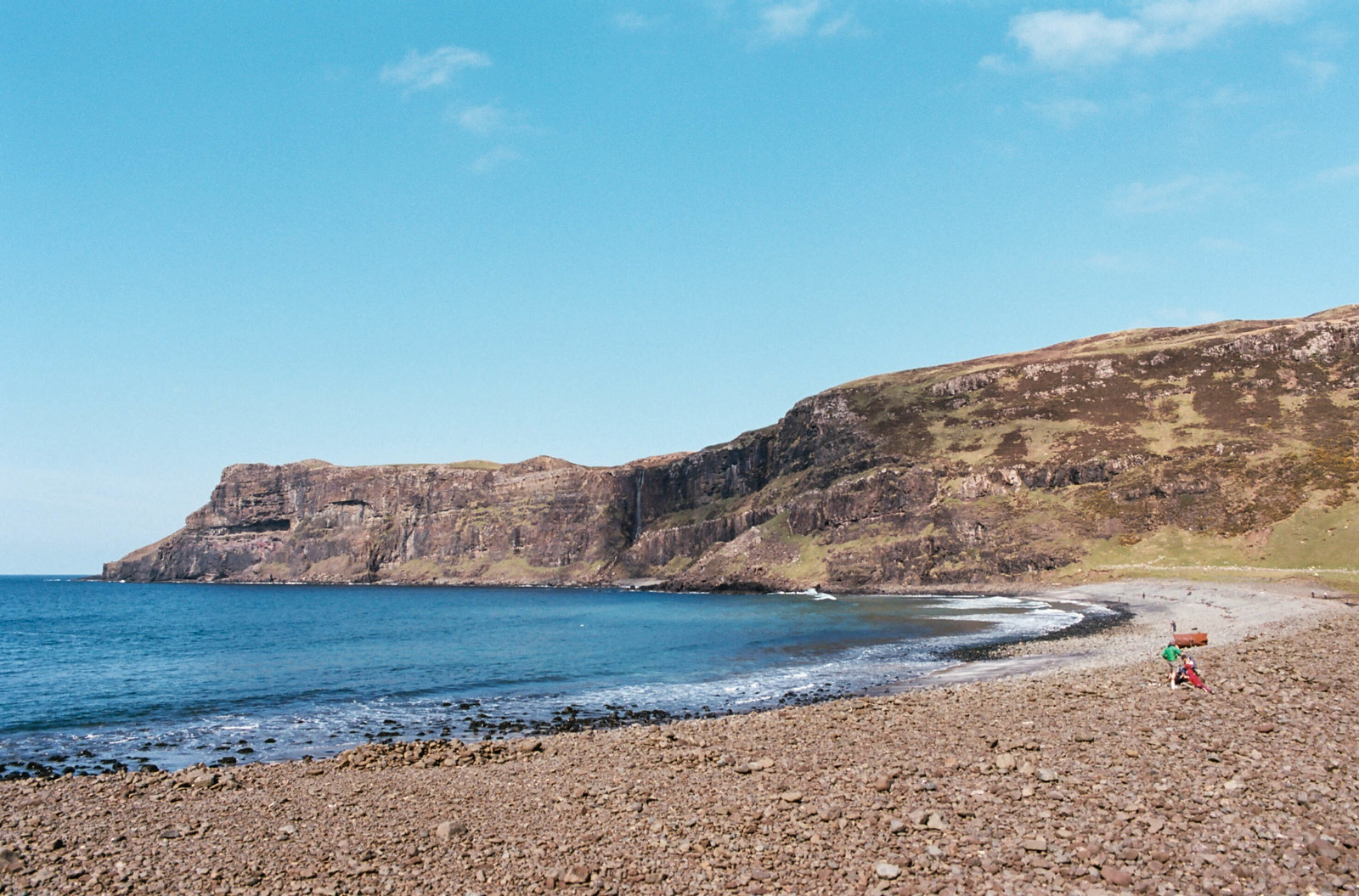 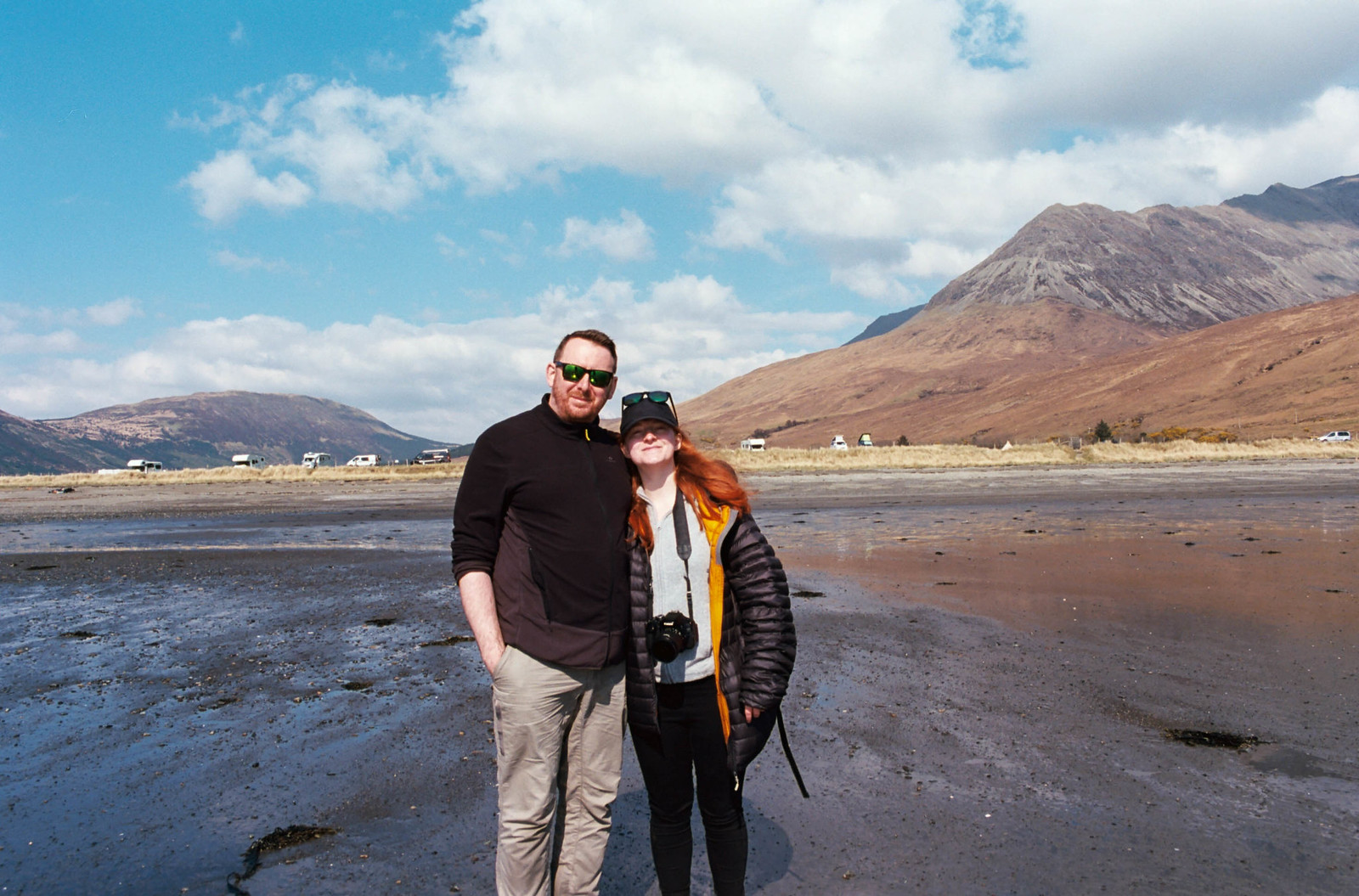 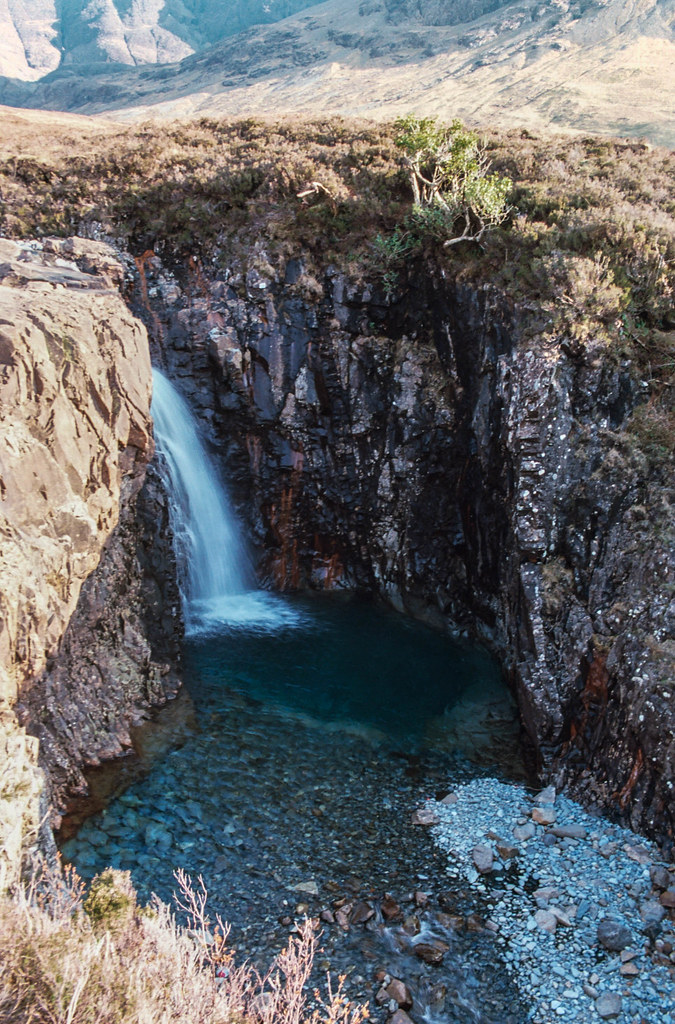 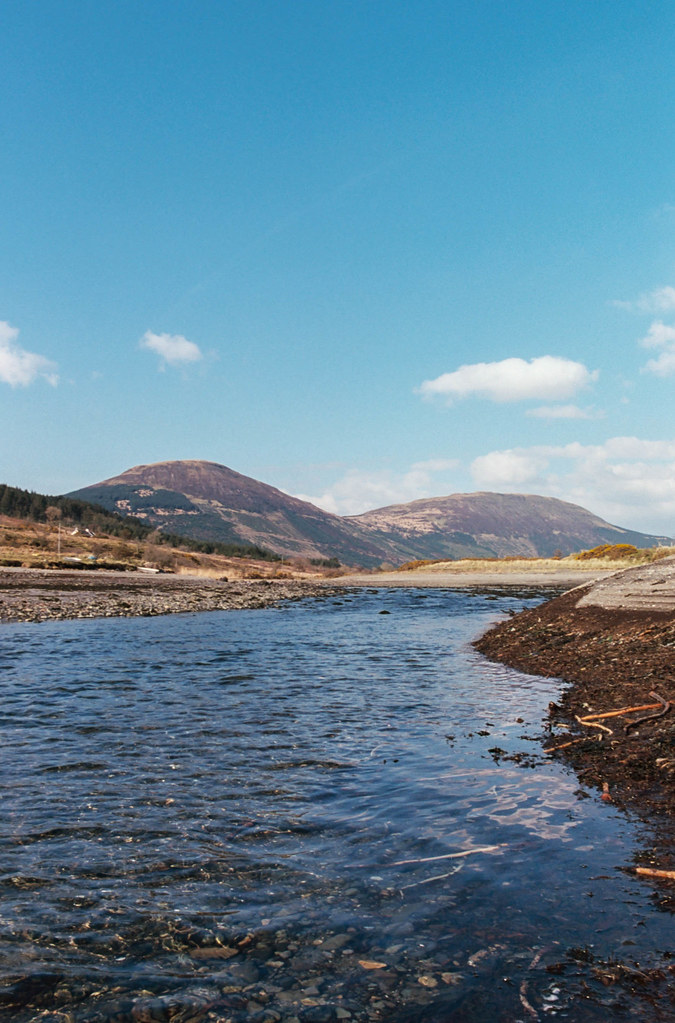 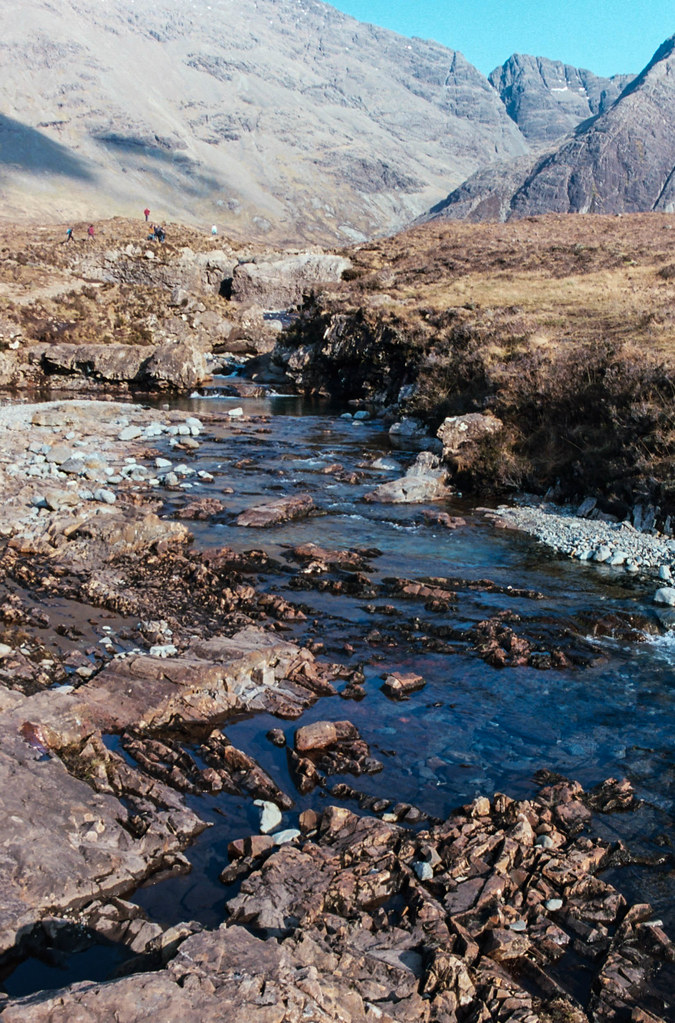 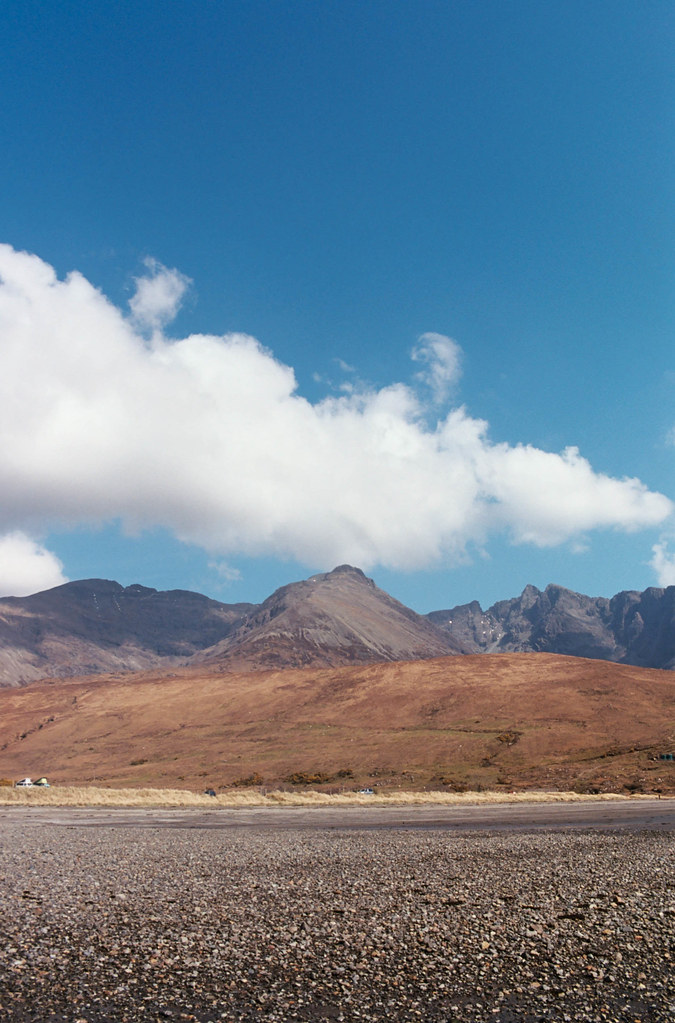 Being the intrepid sunset hunters we are, we were excited to discover a place called The Plock, near where we were staying. It was a nice little park with a viewpoint over the Skye bridge and towards the Isle of Skye. We saw a glorious sunset there one evening and damn was I impressed with how it turned out. 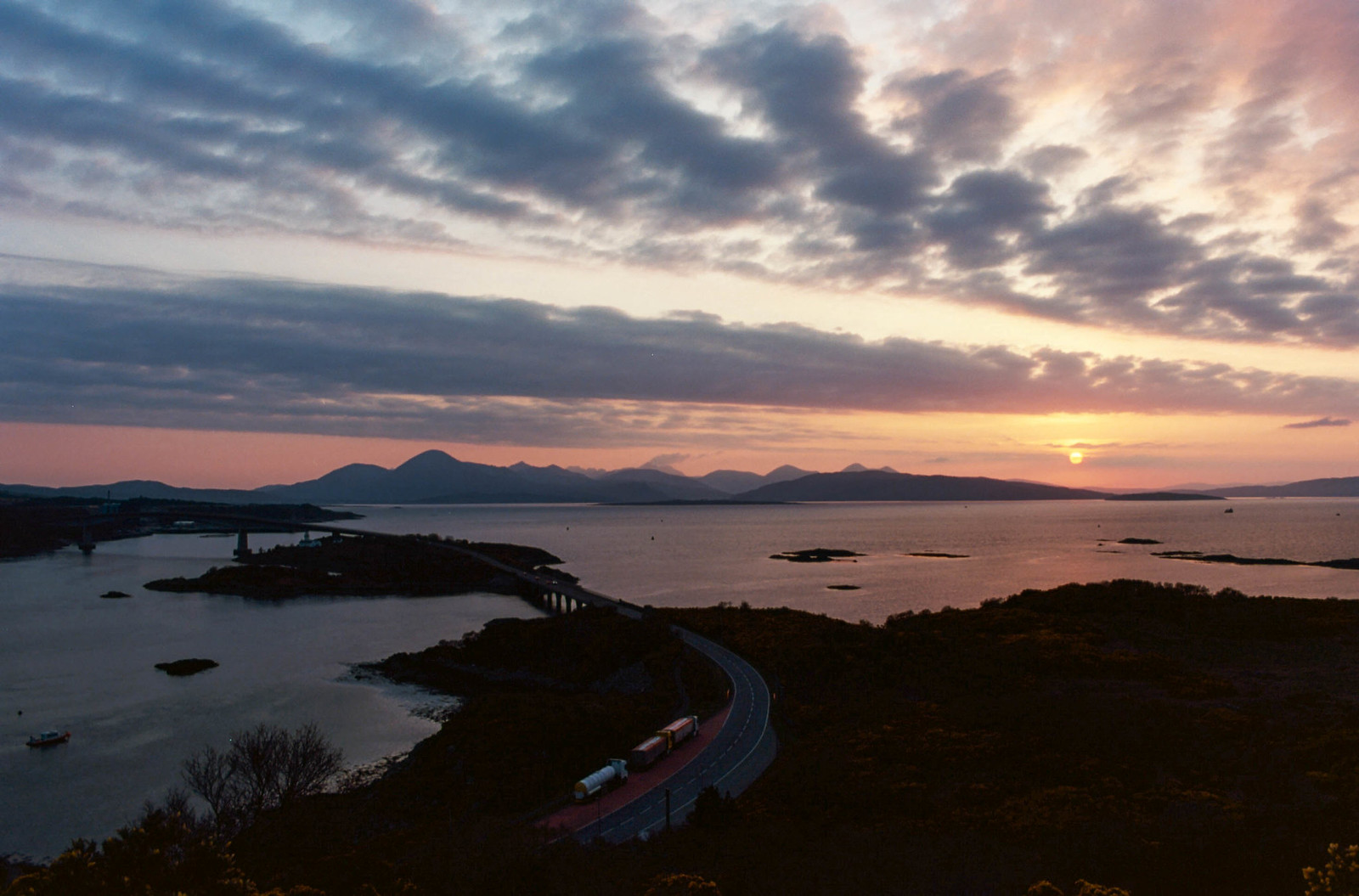 On our last full day, we visited Attadale Gardens and discovered the picture-perfect village of Plockton. After a full-on week of exploring and driving around, it was nice to take things slower on the last day. We wished we'd visited Plockton earlier on the week because it was paradise. 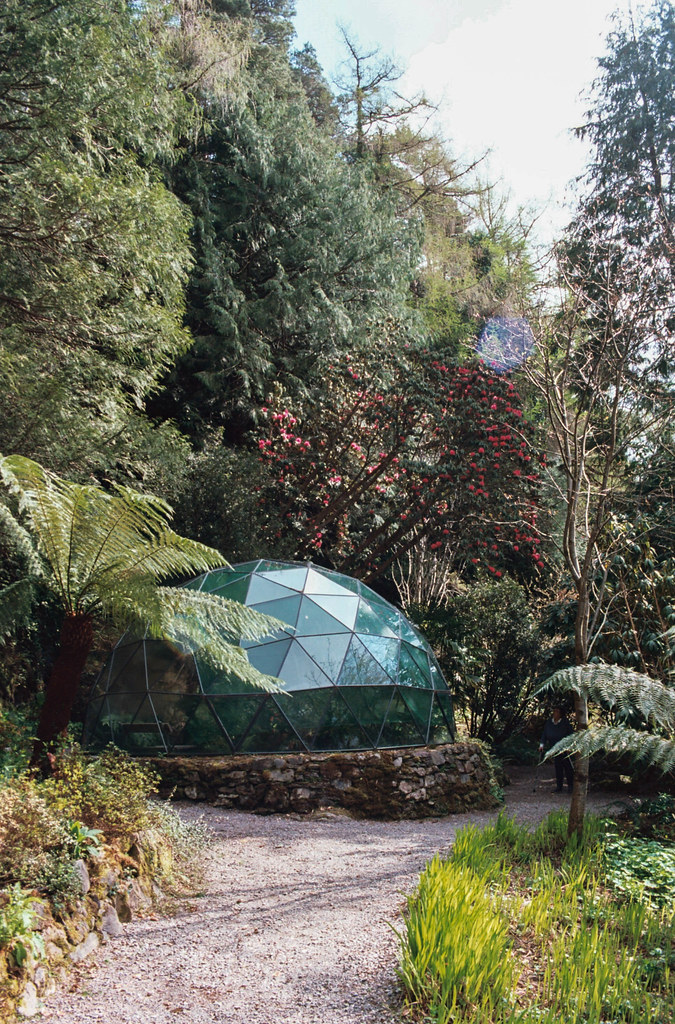 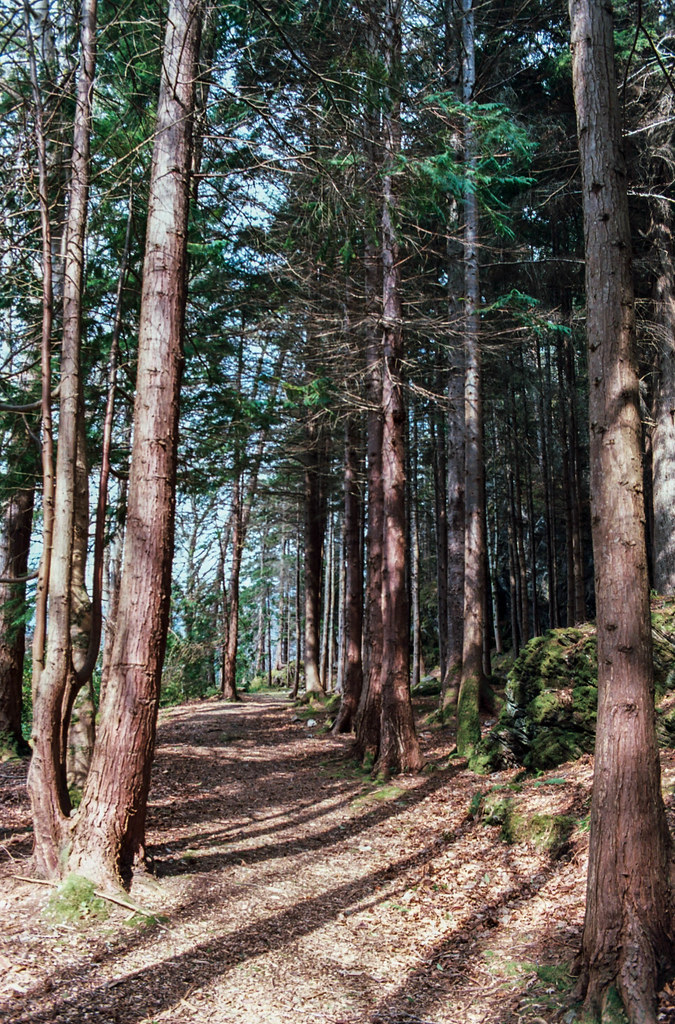 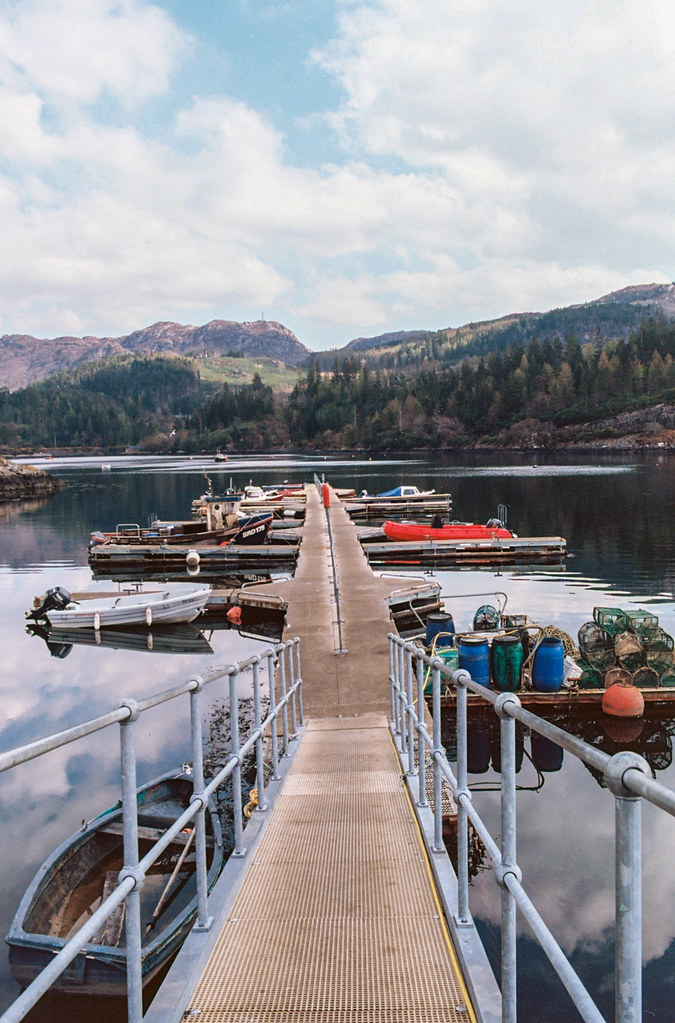 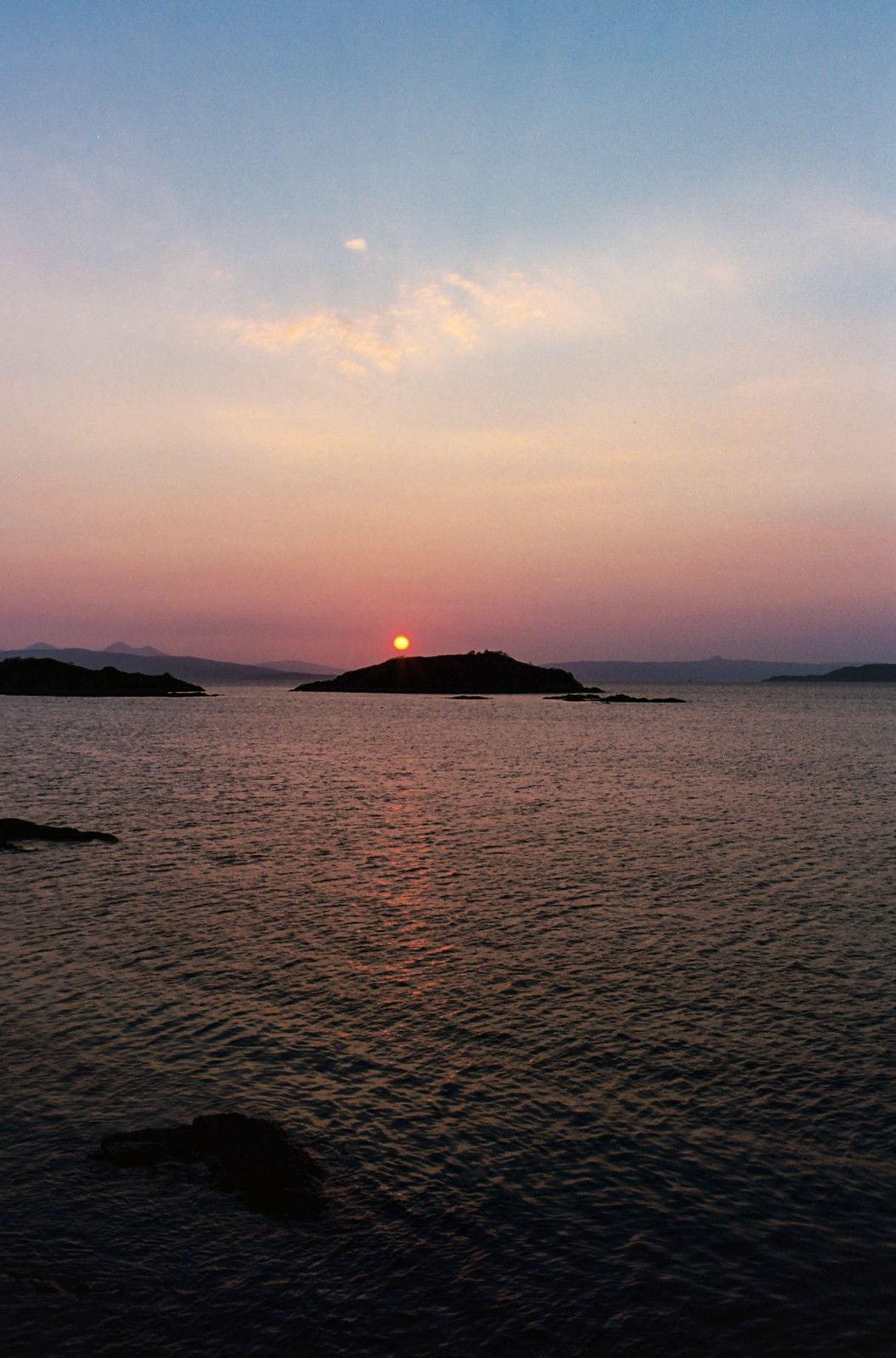 My thoughts on Kodak Ektar 100

I'm now going to waffle about my thoughts on this film. If you're not into that, you may now leave.

I tried this film out because I'd read that it was a good quality film that produced really nice saturation - which I love in my landscapes. I may have only shot one roll of this film (I have another one in my camera at the minute) but I would have to agree the saturation is fantastic. In most of the photos, the saturation is exactly what I'd be going for using my DSLR.

The Olympus OM10 is automatic, so I don't really have much control over anything (I may get an adapter at some point) and for my photos to turn out spot on, impresses me. There's not a single photo off that roll that I looked at and thought "that is awful". As you can see, I was shooting in a mix of lighting conditions and everything was so well exposed. I can see some pixelation on some of the photos from hazy days, which I think is from the sky just being too bright for the camera. I can't really knock the camera or the film for that because the sky was so bright it was hard to get any detail even on my DSLR.

Kodak Ektar 100 is not the cheapest colour film you can get; you're probably looking at around £8 - £9 a roll. If you're just starting out and are looking for something cheaper, I found Kodak ColorPlus 200 really good, also. If you're comfortable spending £8-9 for a roll and love colourful landscapes, Ektar 100 is worth a try.